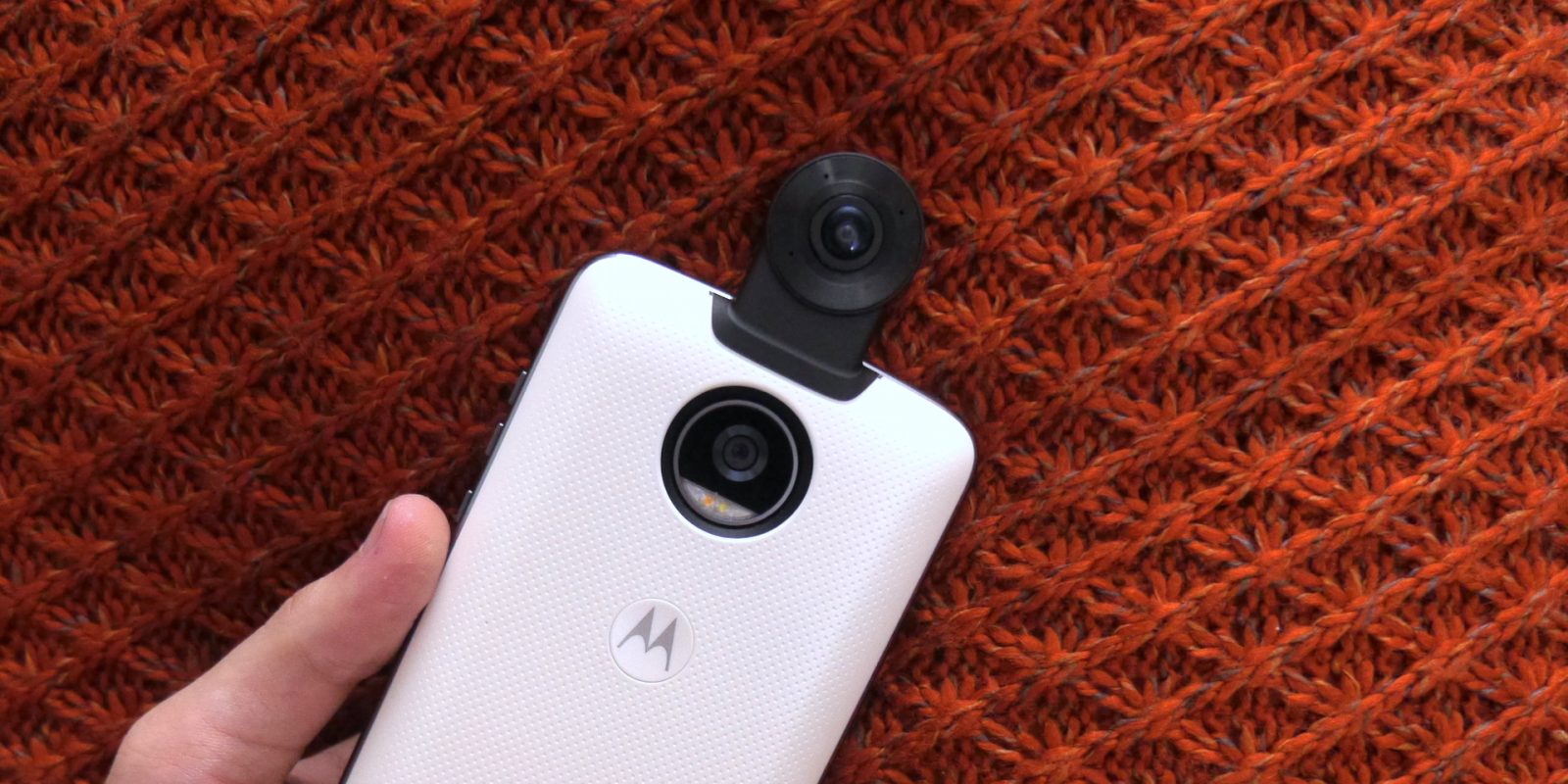 Between Samsung and LG, there are plenty of affordable 360° video cameras these days, but they’re all pretty frustrating to set up. You always need to carry around a separate device, connect it to your phone via WiFi Direct, fuss with an additional app…

None of it is as simple to use as the Moto 360 Camera Mod, but simplicity doesn’t mean much if it comes at the cost of quality, so we wanted to see what footage from the 360 Camera Mod looks like.

The Moto 360 Mod is about as simple as it gets. It’s literally plug-and-play; just attach the Mod to the back of any Moto Z device (I used the Moto Z2 Play, but even the original Moto Z should work just fine), and the next time you open the camera app it’ll automatically open in 360° view. Of course, you’re still able to take 2D photos with the Mod attached by switching back to the main camera.

When capturing 360° stills and videos, you’re able to choose from three different views. The default view is most similar to watching 360° content on YouTube or Google Street View, and allows you to look around the room by swiping around in the viewfinder. You can also view the front and back camera feeds simultaneously, or choose to show a flat, ultra-wide shot.

The 360 Camera Mod is best used in portrait mode, and in general does a decent job at stitching the images from the two cameras together, though there’s still a distinct line in most shots from the difference in exposure with each camera. The Mod outputs 4K video at 24 fps, and though stills look a little soft, it’s a bit less noticeable in videos.

The biggest downside I noticed when using the 360 Camera Mod was the audio. Rather than using the microphones built into the phone itself, the Mod has its own microphones that are much less directional than I was expecting — this is probably to give a more immersive feeling by capturing audio from the surrounding environment, but it makes dialogue hard to hear in most clips.

The 360 Camera Mod isn’t perfect, but it’s a far simpler, more convenient solution than standalone 360° cameras from the likes of Samsung and LG. Having files save directly to the phone rather than needing to transfer them over later saves a ton of time, and not needing to download additional apps is certainly appealing — though Essential’s 360° camera attachment could give this Mod a run for its money. We’ll try to get our hands on one soon for a full comparison.