Following last night’s launch of the Nest Thermostat E, the Alphabet company today announced a press conference for next month on September 20th. Teasing a “big announcement,” it’s possible that Nest will be releasing an entirely new product category rather than just updating its existing lineup.

A rumor from March noted that Nest was working on a suite of home security products that provide an “end-to-end” alarm solution. This certainly fits into the Nest tease for a “big announcement.” Possible devices in the system include a central hub with a keypad, alarm sensors for windows and doors, and a fob for arming/disarming. This system would also integrate with a service and app for approving/disallowing entry.

At the time, Bloomberg also reported on a digital doorbell and an updated indoor security camera. The latter of which is likely the Nest Cam IQ announced in May.

While the Thermostat E is a product decidedly intended for the mass market, a security system might be a tougher sell.

The upcoming Nest event is scheduled for September 20th in San Francisco. 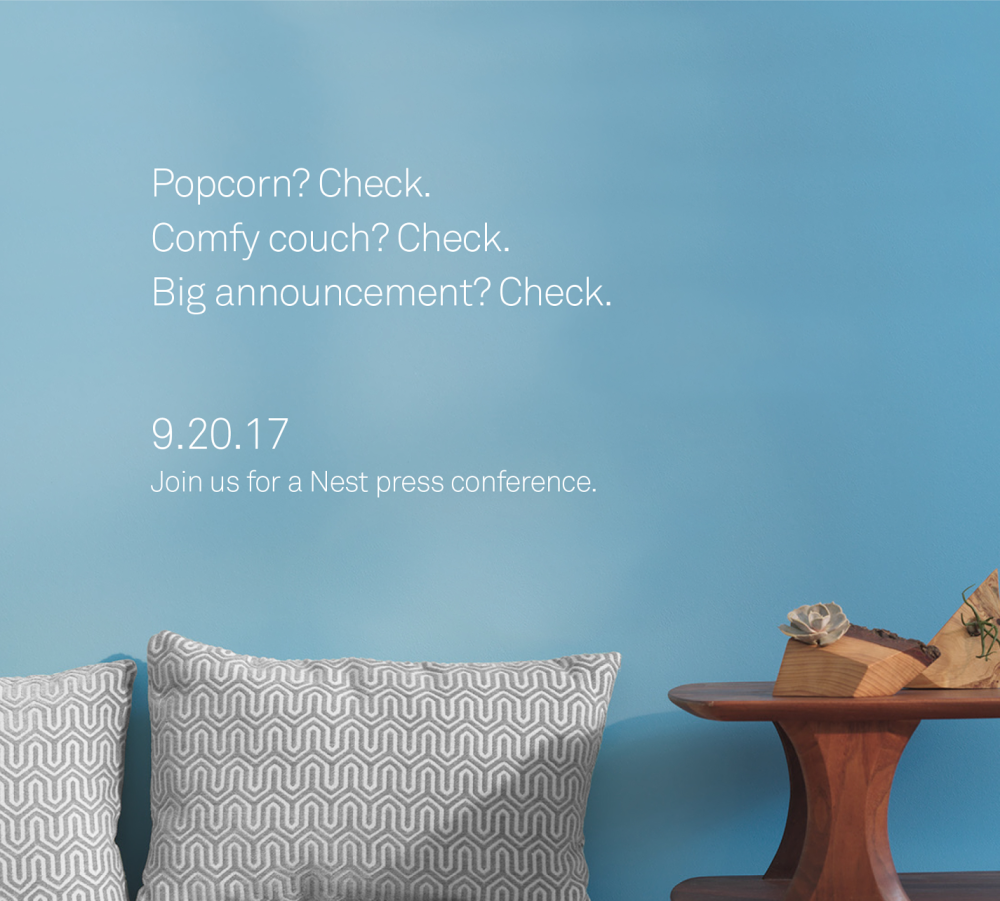