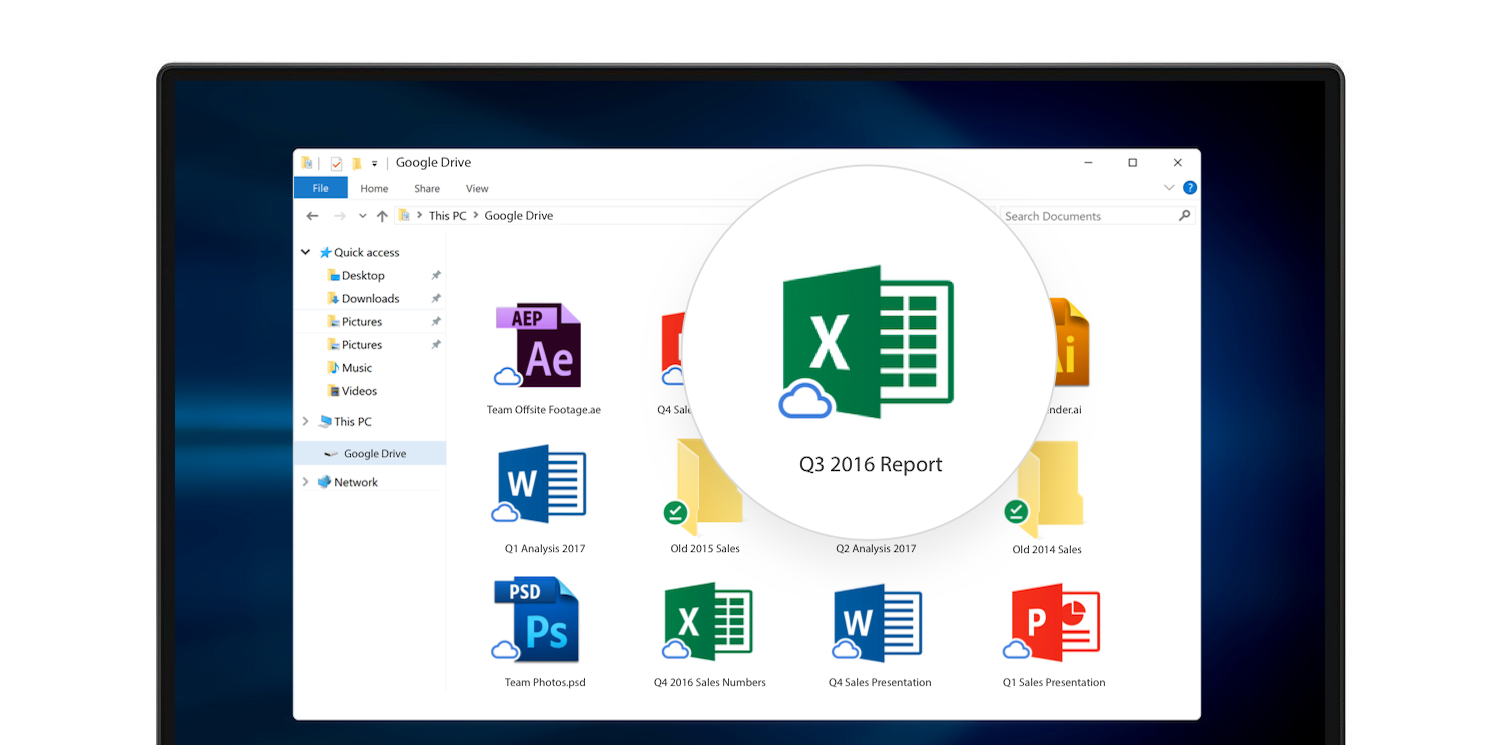 Launched in July, Backup and Sync is Google’s consumer sync client aimed mostly at regular consumers, replacing Google Drive for Mac/PC. At the same time, Google also developed a client that was especially suited for enterprise needs. After months of testing, the specialized Drive File Stream app is now launching.

Drive File Stream is different from Backup and Sync in that it does not store data locally. Rather, all files — including My Drive and Team Drives — are streamed on demand. While users can browse using their native file browser (Finder on macOS and Explorer on Windows), files are only downloaded upon opening.

While Backup and Sync works for G Suite users, Drive File Stream may be better suited. For businesses, this solution minimizes the amount of company data stored on local hard drives, while also freeing up disk space and network bandwidth involved in downloading and then syncing files to and from the cloud.

This launch will officially deprecate the old Google Drive for Mac/PC. Starting in October, those users will begin seeing warnings, with support ending December 11th. On March 12, 2018, it will be completely shut down.

Drive File Stream launched to early adopters in March and is launching to all G Suite customers later this month on September 26th. However, it can be downloaded today if enabled by your administrator.