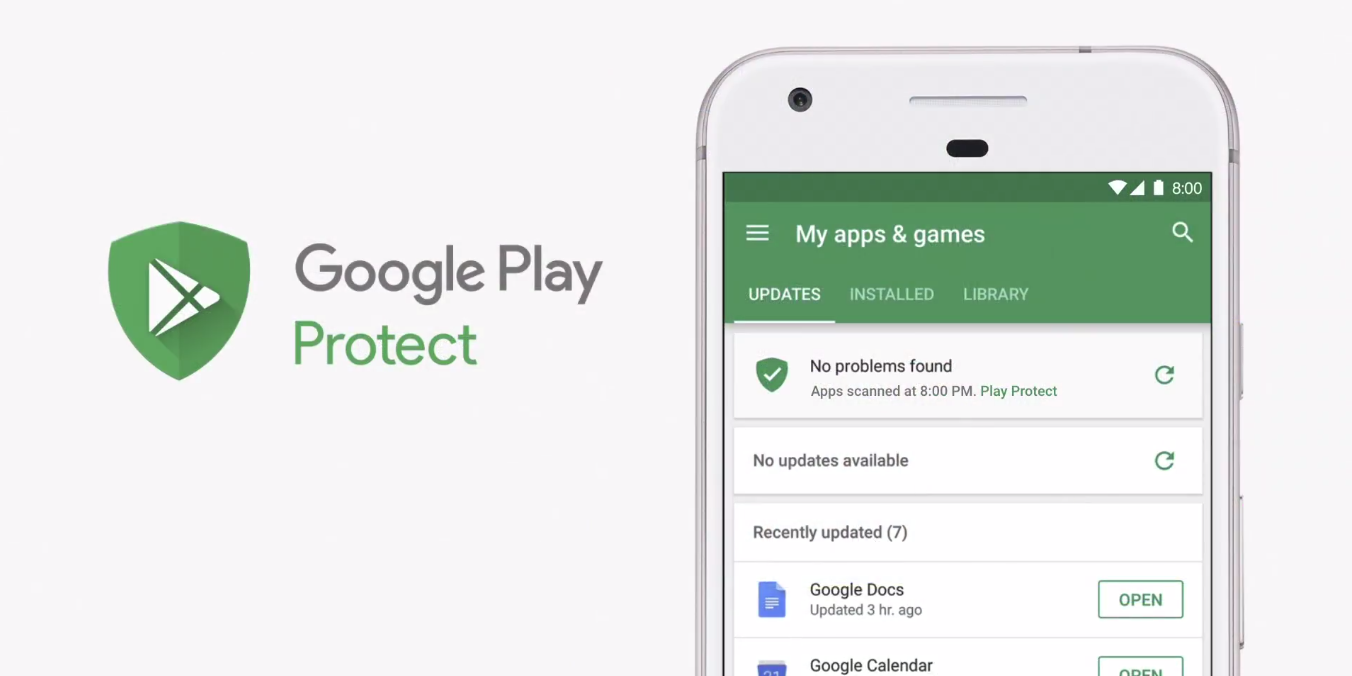 After beginning its rollout a month ago, Google Play Protect in the Play Store is now widely showing up for many users. Play Protect is just a rebrand of existing security features long found in Play Services, but is now more prominent and visible within Android.

Announced at I/O, Play Protect began rolling out in June with a redesign of the “Verify Apps” feature within Play Services that “regularly checks your apps and device for harmful behavior.”

Meanwhile, users began encountering the feature in the Play Store in early August. In recent days, the interface appears to have widely rolled out with version 8.1 of the Play Store.

Compared to the older interface, Play Protect is much more friendly and provides better piece of mind for users. Appearing in the “Updates” tab of the “My apps & games” page, Play Protect is now the top-most item. It lists the last scan date and whether there are any problems.

The biggest advantage of Play Protect appearing in the Play Store is the ability to manually trigger a scan of your apps. Meanwhile, the Play Protect page — that was previously buried in Play Services — also appears as a shortcut in the navigation drawer of the Play Store.

Several 7.0 Nougat and 8.0 Oreo devices that we’ve checked have Play Protect enabled in the Play Store. If not, see if an update for the Play Store is available by heading to Settings and tapping “Play Store version.”