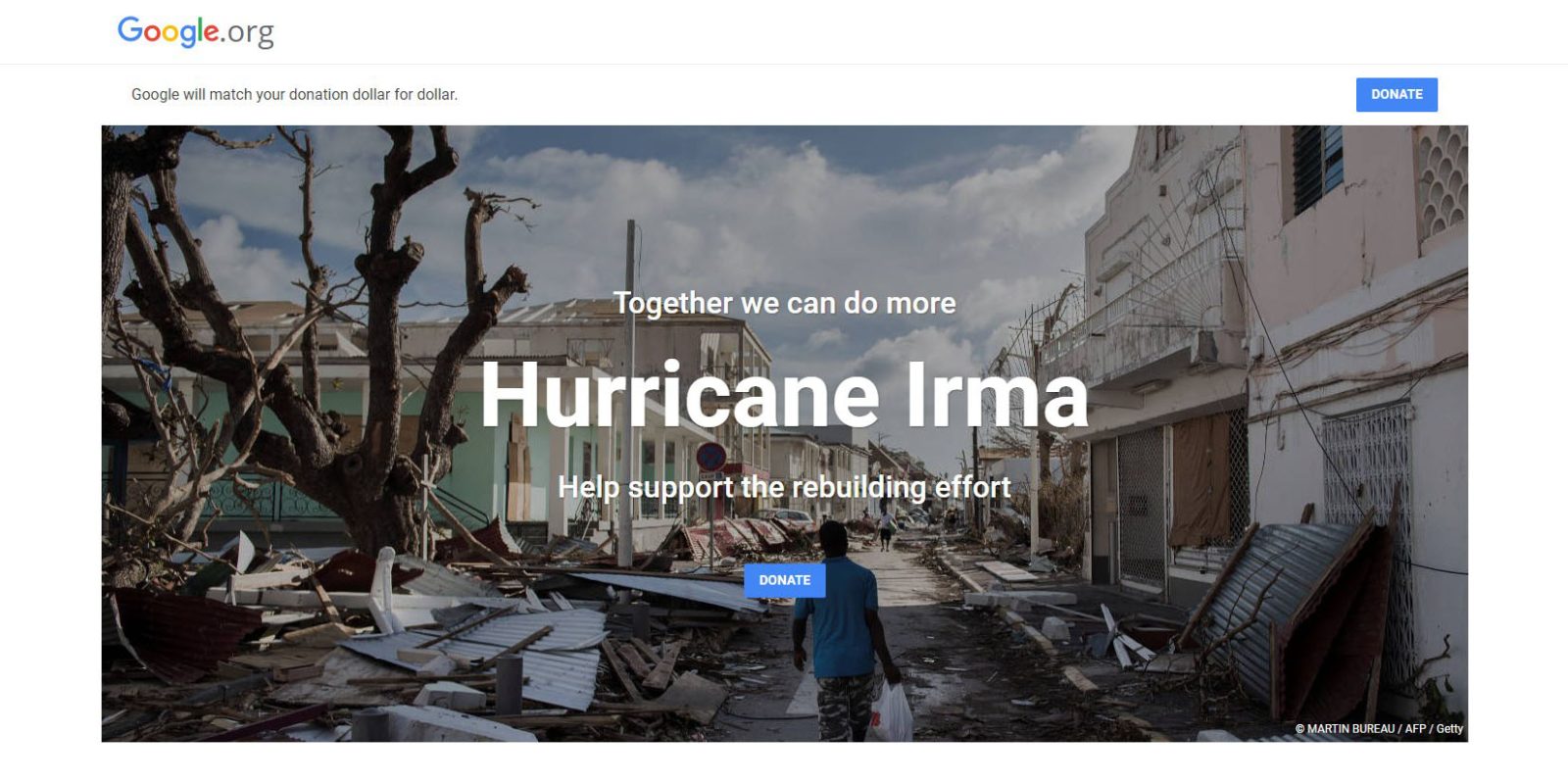 Hurricane Irma absolutely devastated portions of the Carribean, Florida Keys, and the state of Florida itself. While many were able to escape the storm or ride it out safely, many buildings and homes were destroyed. Today, Google has announced how it plans to help with relief efforts.

Google’s charitable organization, Google.org, has today launched a campaign that aims to raise $2 million for Hurricane Irma relief. Donations by users are matched by Google dollar-for-dollar until that goal is reached, and all of the donations go to the “Network for Good.” That network evenly distributes donated funds to UNICEF, the American Red Cross, and Catholic Relief Services.

Funds will be used to help rebuild in affected countries, as well as opening shelters and providing aid for families displaced by the powerful storm. Google is also taking care of all of the processing fees associated with the donations.

Donations are open now through Google.org and use standard Google checkout for credit/debit transactions.