Twitter ‘popular articles’ feature rolling out to Android app, tailored to your network 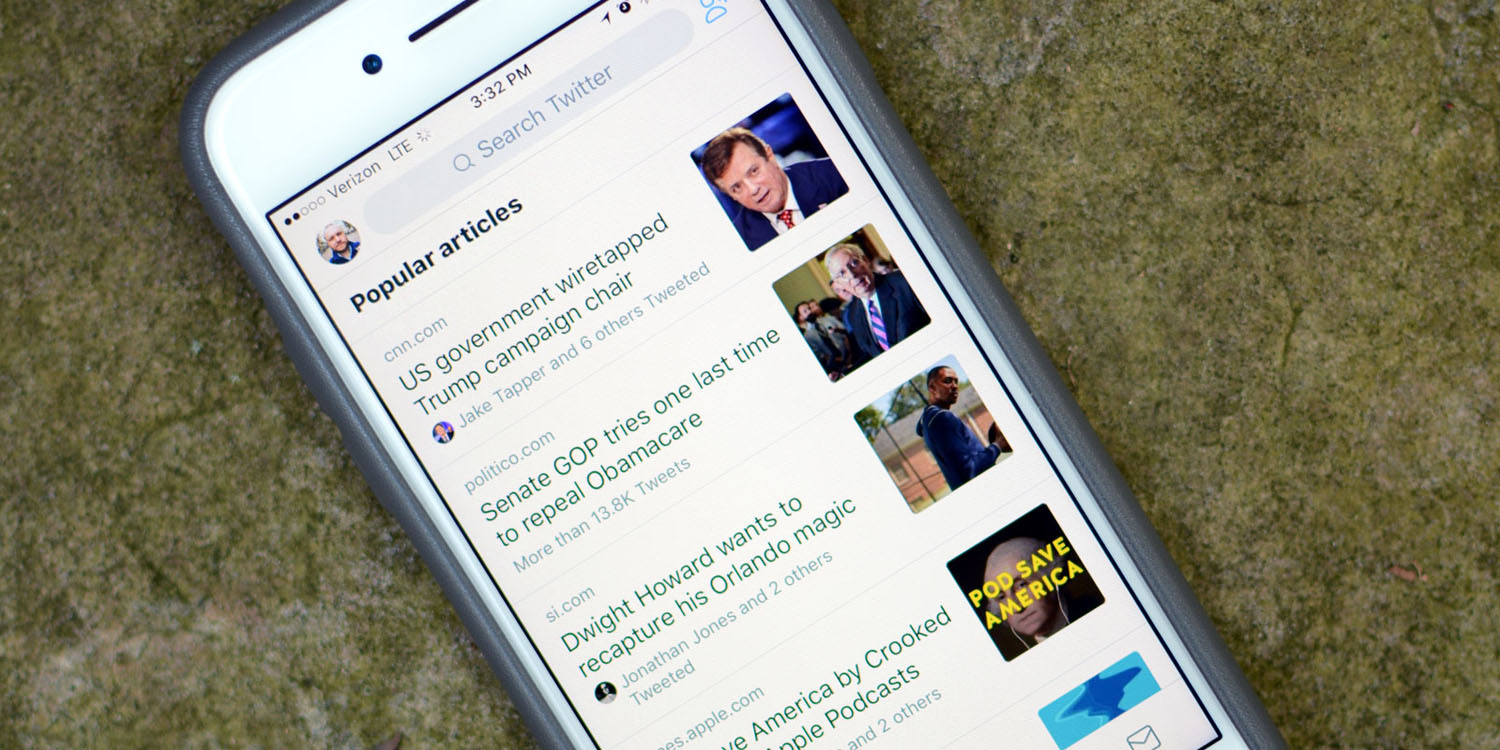 Twitter is rolling out a new Popular Articles feature to both iOS and Android apps, highlighting stories shared or discussed by people you follow. Twitter confirmed to Buzzfeed that it is rolling out to all users.

The Popular Articles feature is just what it sounds like — a list of stories people you follow on Twitter are currently tweeting about, or otherwise engaging with. It also shows links to articles popular in your particular location …

Popular Articles are found in your search tab, along with Trending and Today’s Moments. Once you tap on a headline, the link opens within the built-in Twitter browser.

The company says that it has been experimenting with a number of ways to surface the most important stories, especially for more casual Twitter users who may miss things in a rapidly-scrolling timeline.

Twitter’s stock price was hit in July when it revealed that its userbase hadn’t grown in Q2. In the U.S. its monthly active users fell by 2M. The company is increasingly facing competition from Instagram and Snapchat, especially among younger users.

Via and photo: Engadget