Google+ posts on the web redesigned with simplified comments view

Google+ has a small but rabid following, and — believe it or not — it still gets updated with new features. The most recent was a new “Discover” feature that highlights the best content on the social network. Today’s update is smaller, but brings a key change to how comments are displayed.

Since their 2012 redesign, posts in the main feed only displayed one comment at a time. However, comments would cycle through with a flashing animation so that users would end up seeing several.

Over the past day, Google+ has begun rolling out a new design on the web that statically displays three comments underneath a post. A commenter’s profile icon is no longer displayed; only their name shows up.

Users cannot tap on individual comments, but clicking anywhere in the section opens up the full scrollable view where replies can be +1’ed and user profiles opened. There is also a button that notes the number of replies above the list of comments to open the view.

This new interface is less of a distraction than the previous design that had frequent flashes of new comments being loaded. The one downside is how post cards are now taller in the feed.

The new comments view appears to be rolling out on the web, though the old style is still present on the Google+ apps for Android and iOS. 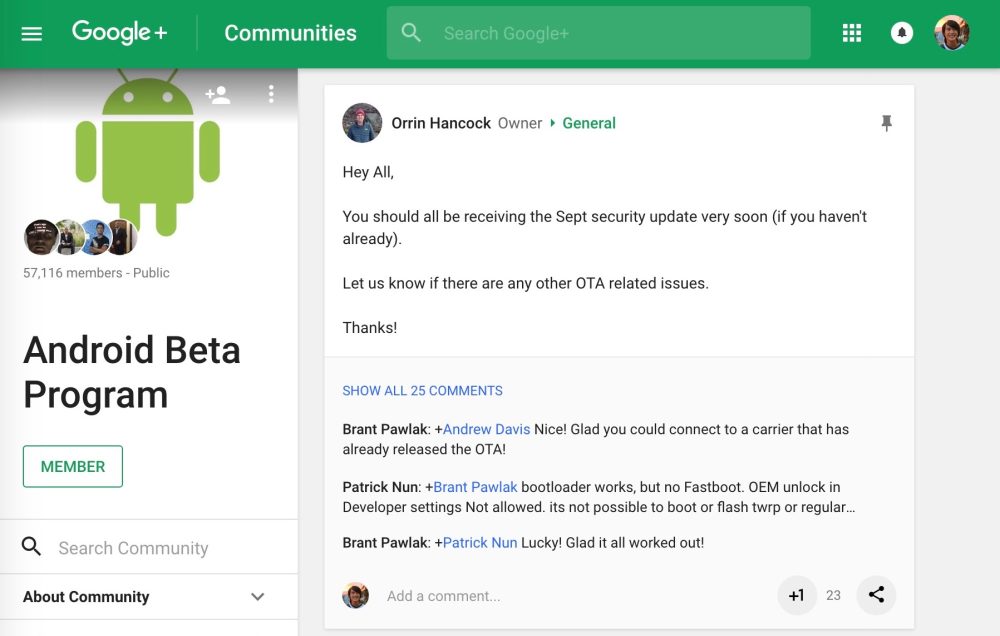