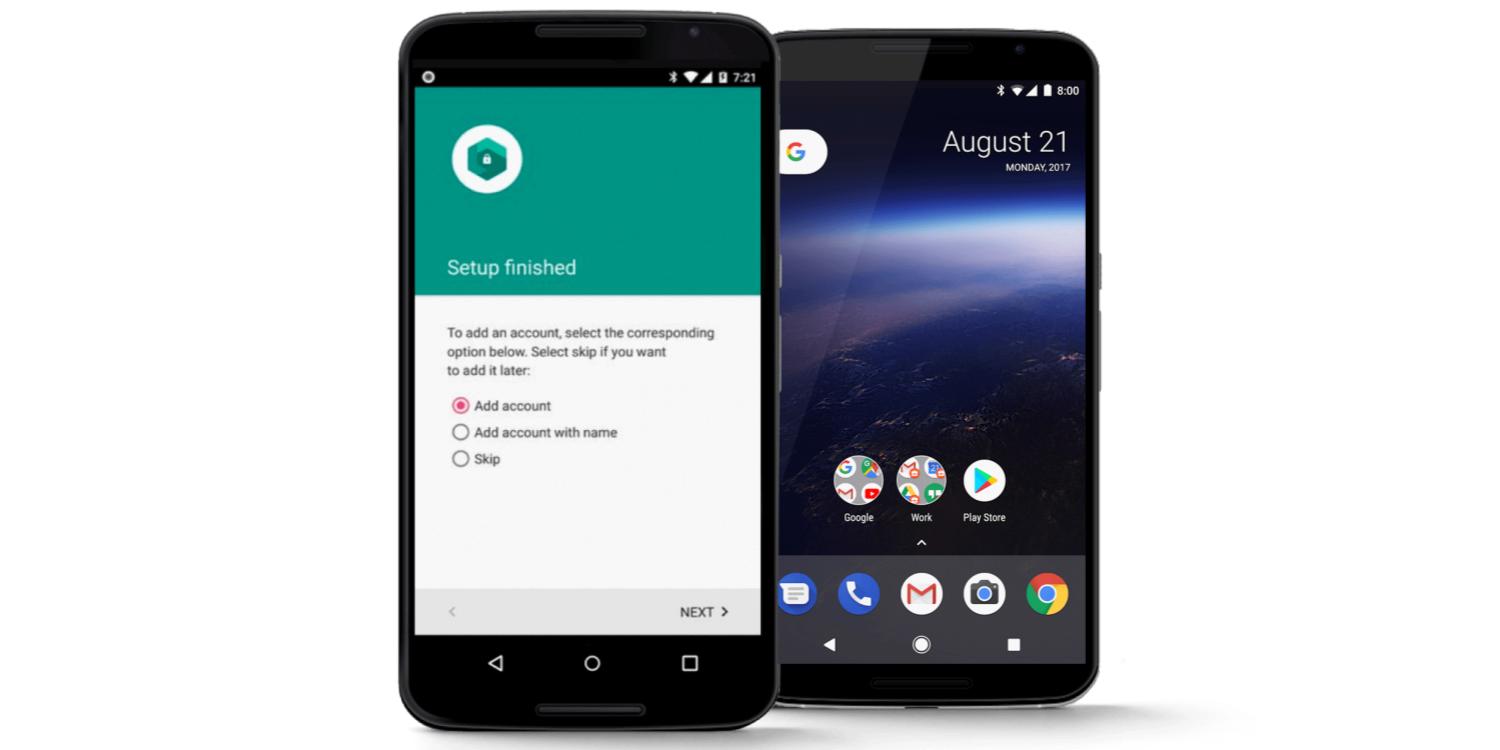 Google, in recent years, has added enterprise features to Android to increase adoption by businesses. The latest is called “zero-touch enrollment” and allows companies to configure devices with preferences at the carrier level before employees even receive them.

As a result, administrators no longer have to rely on or burden end users to set-up their devices after receiving them.

For administrators, zero-touch enrollment removes the need for users to configure their devices manually and ensures that devices always have corporate policies in place. Support is also much easier, with no extra steps for end-users; they just sign in and get access to their work apps and data.

This configuration is achieved at the carrier level, with administrators able to use existing enterprise mobility management providers like VMware, BlackBerry, and G Suite. However, the company notes that existing enrollment, like QR code and NFC bump, will continue to exist in Android.

Google has partnered with the likes of AT&T, Sprint, T-Mobile, and Verizon in the United States, as well as other major carriers in Europe and Asia. Zero-touch enrollment also requires partnerships with phone manufacturers, with Google noting that the following are on board:

Zero-touch enrollment is available starting today on the Pixel through Verizon, while Google notes the Huawei Mate 10, Sony Xperia XZ1, and XZ1 Compact as being some of the first devices to support zero-touch in the coming weeks.