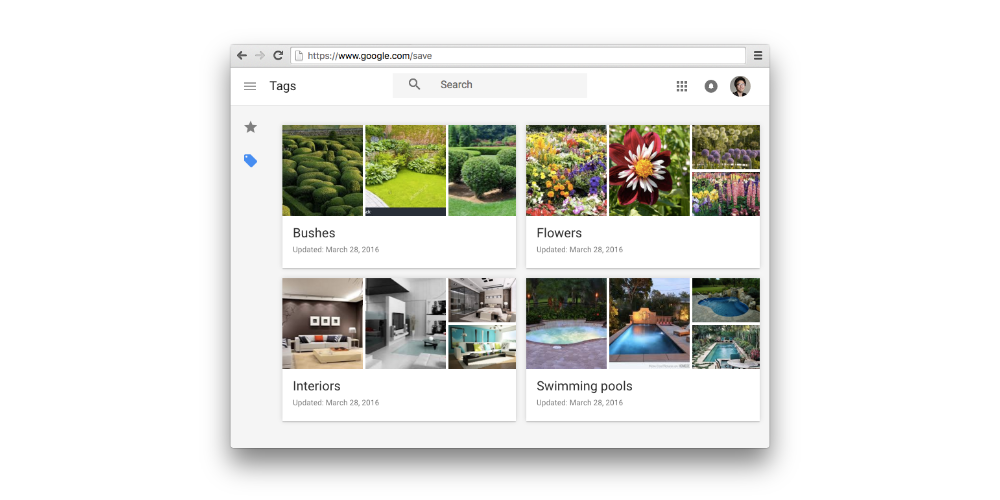 In early August, Google Search added a navigation drawer which housed a new ‘Saved’ page to its mobile site. The saving feature previously launched in Google Images to save pictures, but expanded to places in Maps, travel itineraries, and web pages. However, despite the ability to save links being cited, there was no way to do so on mobile until now.

Within the Google app on Android, a new “Save” button in the action bar of Chrome Custom Tabs is being tested (via Android Police). Likely a server-side A/B test, tapping the button slides up a “Save to list” panel.

Here, users can add links to “Favorite pages” or quickly create a “New list.” Once saved, there is a carousel of other saved links and the option to change the tag. This button unfortunately seems to replace the Share icon in the bar for tabs. Hopefully, the final version will allow both to coexist.

Google Save has been rolling out slowly since it launched two years ago in Google Images. Meanwhile, link sharing is available on desktops through a Chrome extension.

These two new features are still rolling out and we have yet to encounter them on our devices running either the stable or beta version of the Google app.