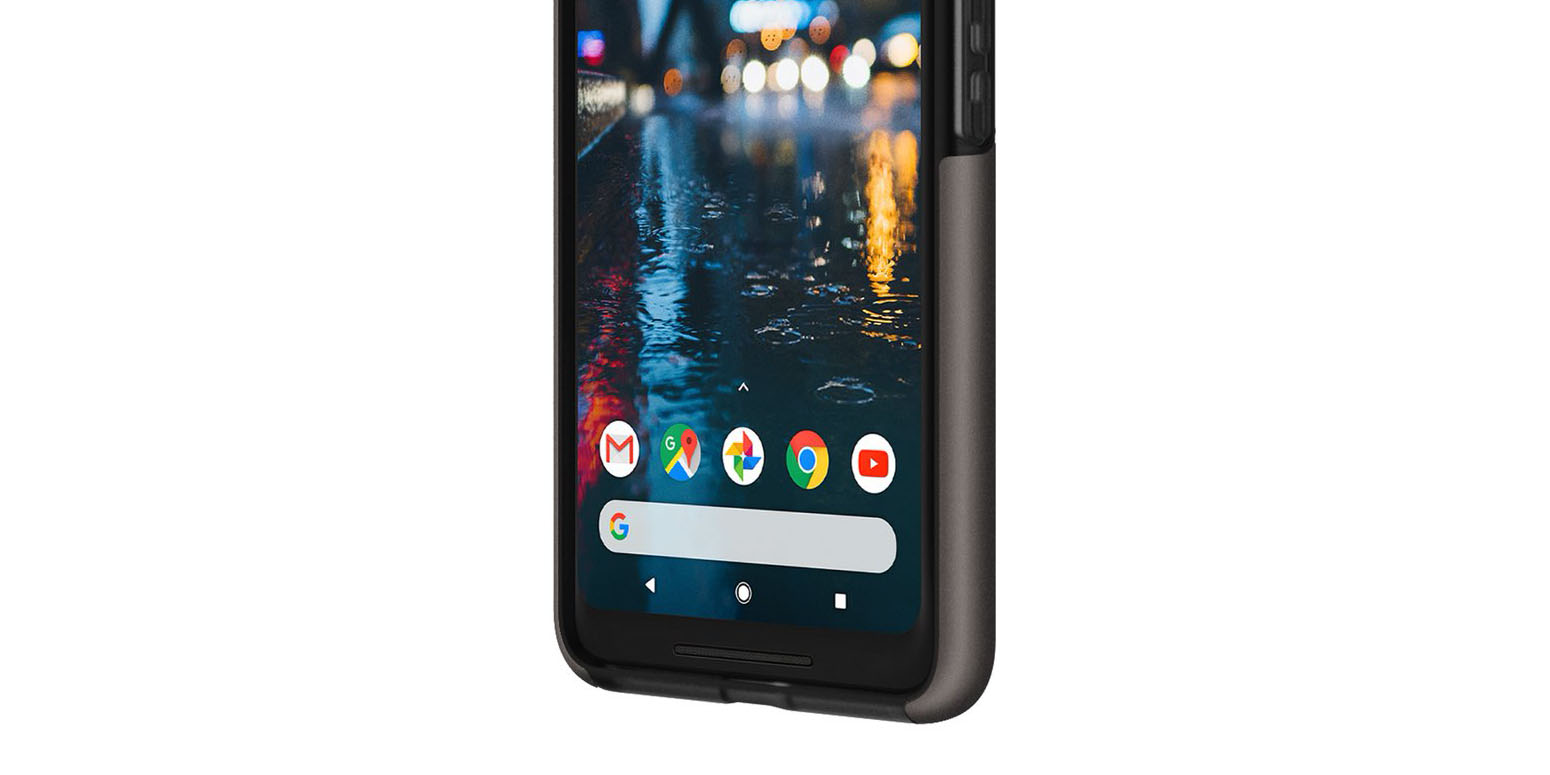 We’re just a couple of days away from the debut of the Pixel 2 and Pixel 2 XL, but we haven’t really seen much of the phone outside of a render and some other leaks. Today, Evan Blass has released a brand new picture of the phone, this time in a case, but still confirming some details about the device.

Update: Another image has been released showing the device at a different angle without the case, see below.

In the image, we can first and foremost see the phone’s design, including that “bezel-light” display, just like what we’ve previously seen. The 18:9 display looks a lot like that of the LG G6 and LG V30, curved corners and all. In this shot, we can see that there are definitely some slight curves to the glass, like the V30, but we can’t see the full scope of it because of the case.

Further, the image confirms the presence of front-facing speakers, just like what Nexus devices of old used to have such as the Nexus 6 and 6P. The selfie camera also shows up in this image, but all of the sensors are hidden by the black bezels (which will likely be present on all color variants).

Lastly, this leak confirms some of the Pixel Launcher changes we heard about a week or so ago, and even caught a glimpse of at Google I/O. The Search bar lands directly beneath the app dock which still appears to pull up to reveal the rest of your application library. There’s also now a calendar up top with weather information.

A couple of other tidbits we can pull from this image include the button placement which is essentially identical to last year. There’s also the “8:00” time which could mean this phone will launch with Android 8.0, not Android 8.1 as has previously been reported, although that’s a bit of a stretch for just a leaked render. Lastly, the navigation buttons are still present and still look the same as on the original Pixel.

Another image tweeted out shortly after the first by Blass shows off the phone straight on, this time without a case. There’s really not a ton to pull from this image, but it clearly shows us the extent of the bezels as well as the curved glass. From the looks of it, we’re getting curves similar to the LG V30, but slightly thicker bezels.

…and without a case pic.twitter.com/4QrvyM9Hro

Google will debut the Pixel 2, Pixel 2 XL, and a plethora of other hardware and software products at an event on October 4th. Stay tuned for more!