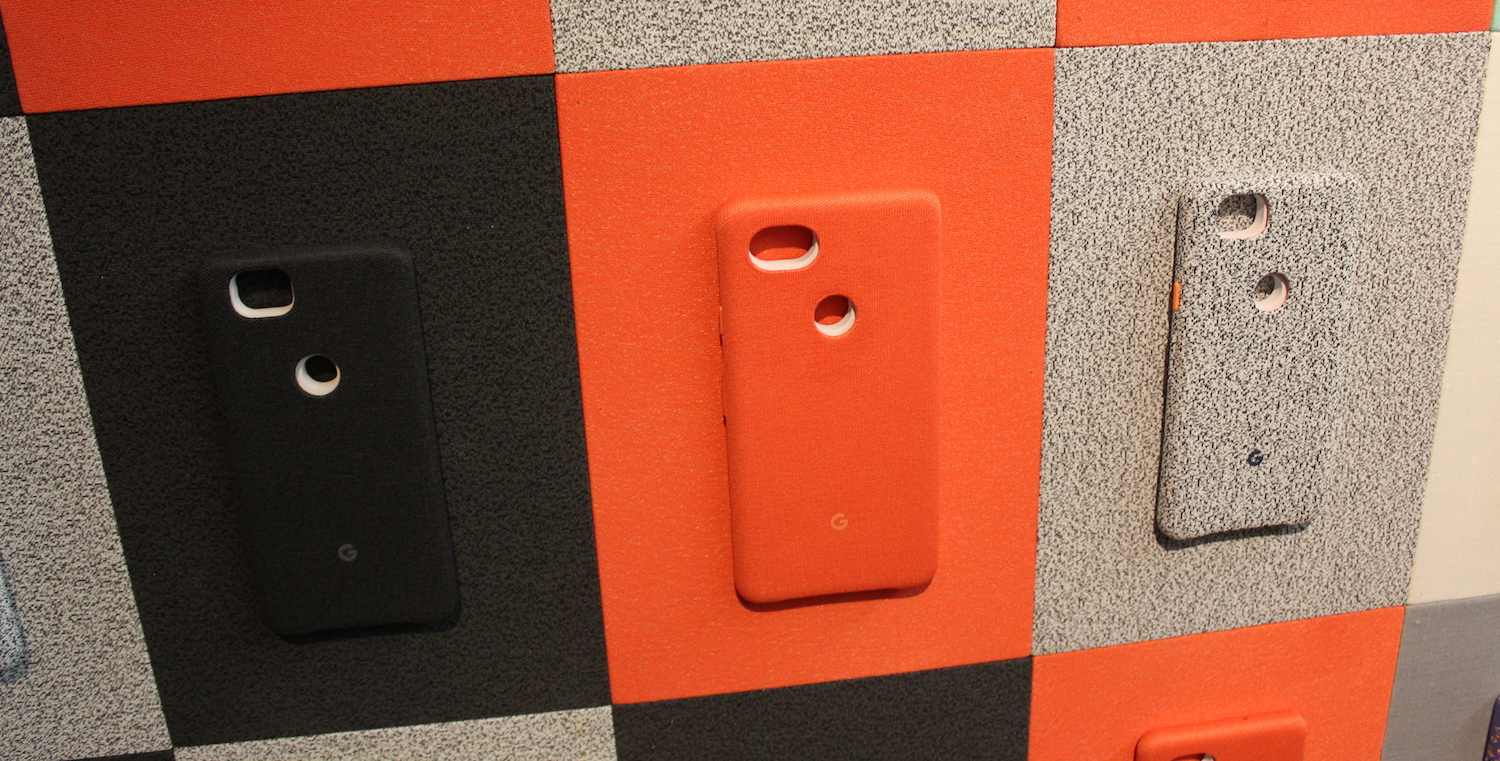 Google today announced its new Pixel 2 and Pixel 2 XL, and with them, some new cases which I think are some of the nicest Google has ever made. There are some new Live Cases (which are also appreciated) but the new Fabric Phone Cases from Google were my favorite behind-the-scenes announcement of the day.

The cases obviously are form-fitted for the Pixel 2 and Pixel 2 XL, and they’re “Made for Google” approved — obviously, since they’re actually made by Google. In the case of the new Pixels, that mostly means that they’re going to work perfectly with the device’s new Active Edge feature for activating Google Assistant.

Unfortunately we didn’t get a chance today to see any of these cases actually on the phones (although we probably could have if we looked hard enough), but the company was showing them all off on a wall near the new phones. There are four designs: Carbon, Cement, Midnight, and Coral.

They’re available right now on the Google Store for $40, which might seem a bit steep, but it’s not entirely out of the usual range for smartphone accessories. Obviously, they’re available for both the Pixel 2 and Pixel 2 XL. Count me in for one with the “white noise” design. It also has an orange lock button cover if you go with the Panda Pixel.