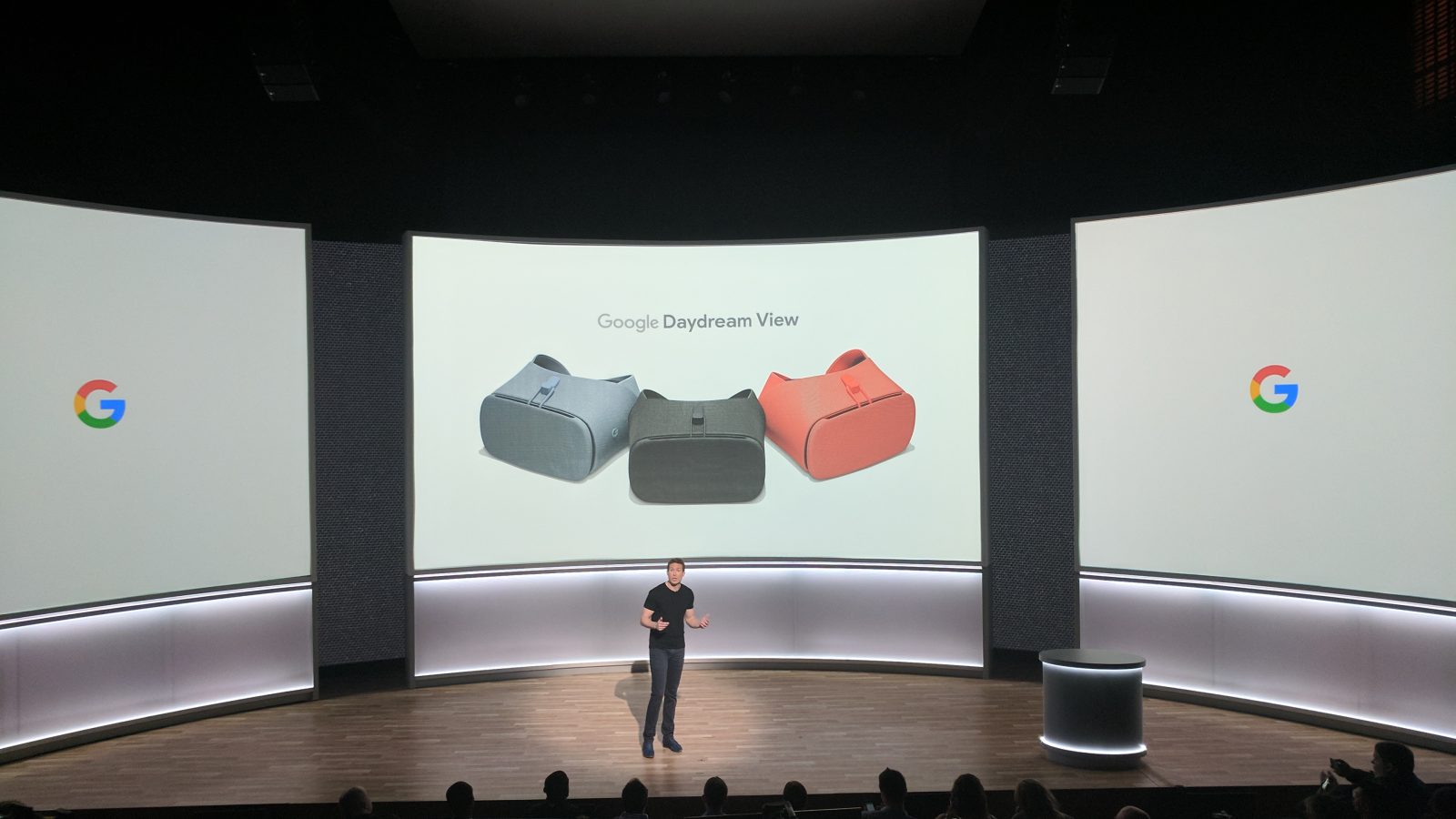 At I/O 2017, Google announced a big update to their virtual reality platform codenamed Euphrates. Daydream 2.0 is launching this fall alongside a redesigned Daydream View headset from Google.

Design-wise, Google retained the fabric design, but switched to a material that sports a smoother surface and more notable textures.

There is a new removable top headstrap that goes over your head for increased stability. Meanwhile, the Daydream Controller is now stored at the rear of the strap due to the front cover housing a new magnesium heat sink that better dissipates and moves heat.

The lenses were custom-made by Google and have been updated to have a wider field of view. Meanwhile, the mask better contours to your face thanks to a new injection molding technique.

Meanwhile, there are three new colors that come with matching Daydream Controllers. Previously, there were only two colors for the remote: gray and white. Coral (orange/pink) and Charcoal (dark gray) match the colors found on the new Google Home Mini, while Fog is a lighter gray that’s an in-between of last generation’s Slate and Snow.