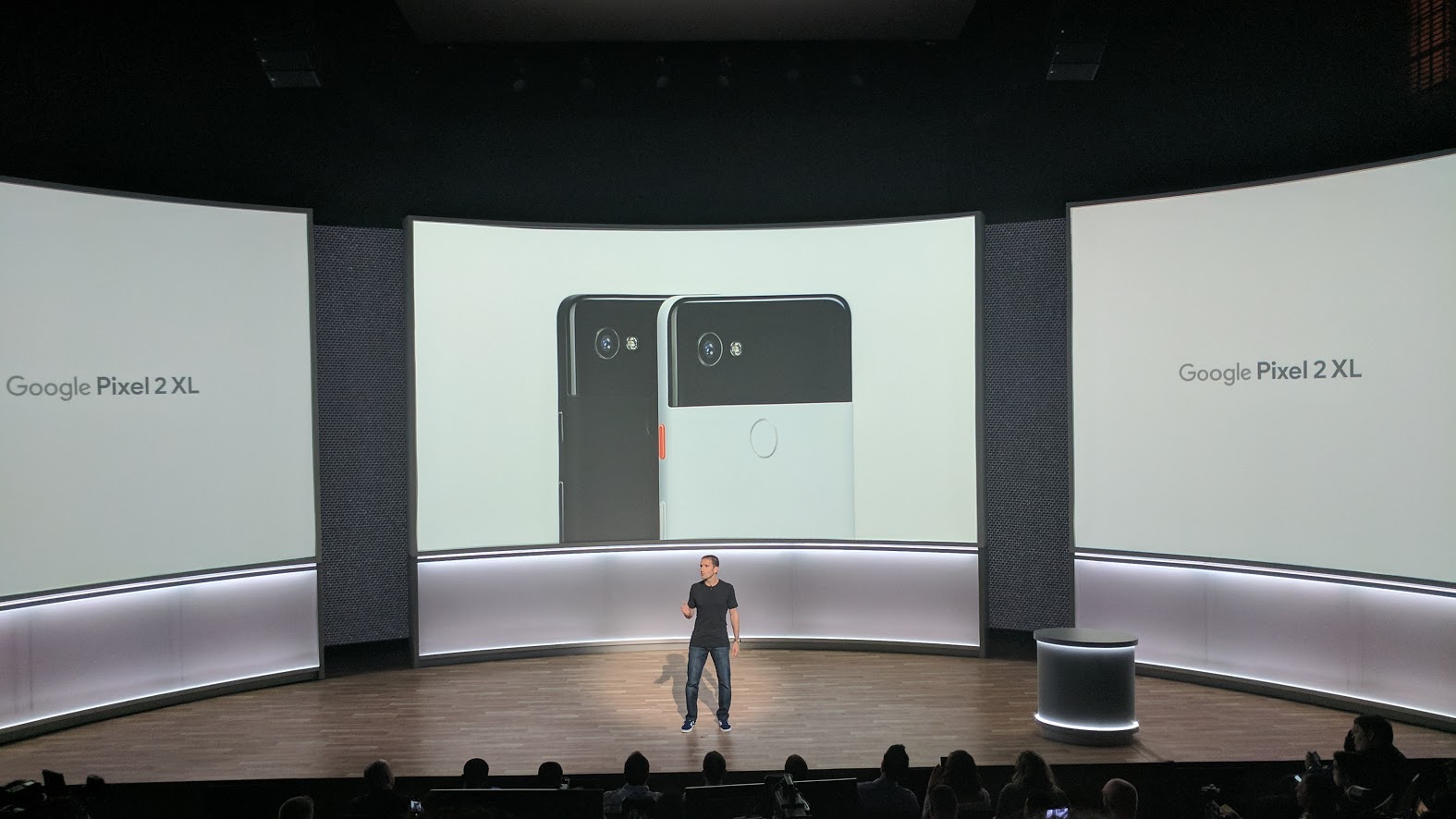 Exactly one year after the original, Google has just announced the Pixel 2 family, and the headliner here is definitely the Pixel 2 XL. Unlike last year’s Pixel family, the Pixel 2 and 2 XL don’t look the same, and the XL is definitely a preferable option, but you might have to wait for it.

Google’s original Pixel saw a lot of hate for its design, and the Pixel 2 XL is clearly an attempt to keep up with the competition a bit more. The bezels on Google’s flagship aren’t totally gone, but they’re still pretty slim overall, at least along the sides. The top and bottom are both a little thick, but that’s to make room for the return of front-facing speakers, a worthy trade-off if you ask me.

The Pixel 2 XL’s display is a P-OLED panel, this time akin to the one found in the LG V30 and measuring in at 6-inches at QHD 18:9. The display also has a circular polarizer to make it easier to use with sunglasses.

Under the hood, the Pixel 2 XL packs a Snapdragon 835 processor, 4GB of RAM, and either 64GB or 128GB of storage depending on the model you choose. The phone also runs Android 8.0 Oreo out of the box with a few special features.

Another new feature for the Pixel 2 family comes in the form of the always-on display. Thanks to a new app on the phone, the Pixel can automatically identify music without ever asking for it. You’ll also get a new launcher that better integrates quick information such as your calendar events, as well as a new search bar at the bottom of the screen for easier access. The Pixel also features “ActiveEdge” tech just like HTC’s “EdgeSense” for triggering Google Assistant with just a squeeze.

The Pixel 2 is also Google’s showcase for ARCore. You’ll, of course, have standard apps that will eventually be available on all devices, but you’ll also have “stickers” that are exclusive to the Pixel family.

As for the cameras, Google is following up on last year’s device with what looks like another winner. The 12MP f/1.8 camera around back now sits in its own cut-out to avoid issues with “lens flare” and also features an LED flash and sensors along the side. The Pixel’s this year also both have OIS to back up the EIS, and they can work together for some seriously awesome shots. Google even managed a killer score of 98 on DxOMark (even though that doesn’t really mean a ton, just know it’s a really good camera). Google is also once again providing unlimited photo and a video backup for Pixel 2 owners at full quality.

The Pixel 2 XL also steps up the company’s game in a couple areas, this time offering IP67 water/dust resistance, the aforementioned front-facing speakers, and an overall snappier package, but it takes a couple of missteps along the way.

For many, the XL’s lack of a headphone jack will certainly be a sore spot, especially after Google’s toying with Apple regarding the feature last year. The price tag will also be a tough one for many as it’s certainly gone up. Last year’s Pixel XL started at $769 and this time around, the Pixel 2 XL starts at a whopping $849 for the 64GB model.

The Pixel 2 XL will be available in Black and a two-tone White, but you’ll be waiting a while to get it. Orders are open now, but shipping is already delayed to late November.