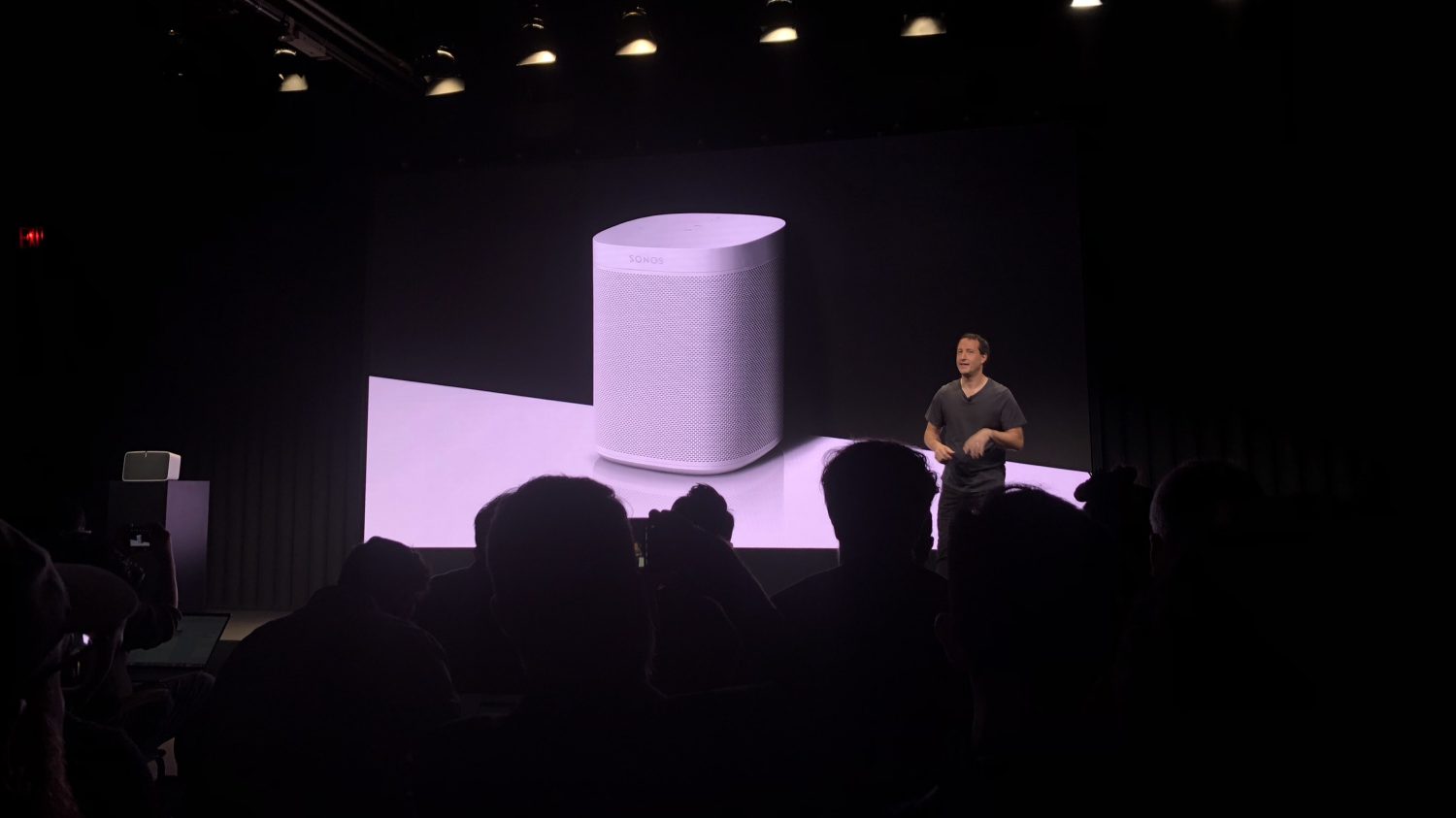 In addition to promising Google Assistant support next year, Sonos has unveiled its latest wireless speaker: the Sonos One. The new model replaces the Sonos Play:1 in the lineup at the $199 level with models available in both white and now black. Sonos One is the company’s first wireless speaker with built-in voice control.

Sonos is starting with Amazon’s Alexa voice assistant for music voice control which works just like other Echo devices, although the company says it is agnostic about voice assistants and wants to work with all options. Starting next year, for example, Sonos One will gain built-in Google Assistant as well.

Spec-wise, the new One looks to be in line with the Play:1 it replaces, save for the addition of touch controls and voice input mics. We’ll have a hands-on with the new speaker shortly.

Pre-orders for the new Sonos One open today on Sonos.com ahead of the launch on October 24. Sonos One is on display in New York City at the company’s flagship retail store starting today.

Sonos also announced that the public beta for its integration with Amazon Echo products is launching today for customers in the US, UK, and Germany. Sonos first announced this feature last year. This will enable voice control from Echo products with any Sonos speaker including existing products.