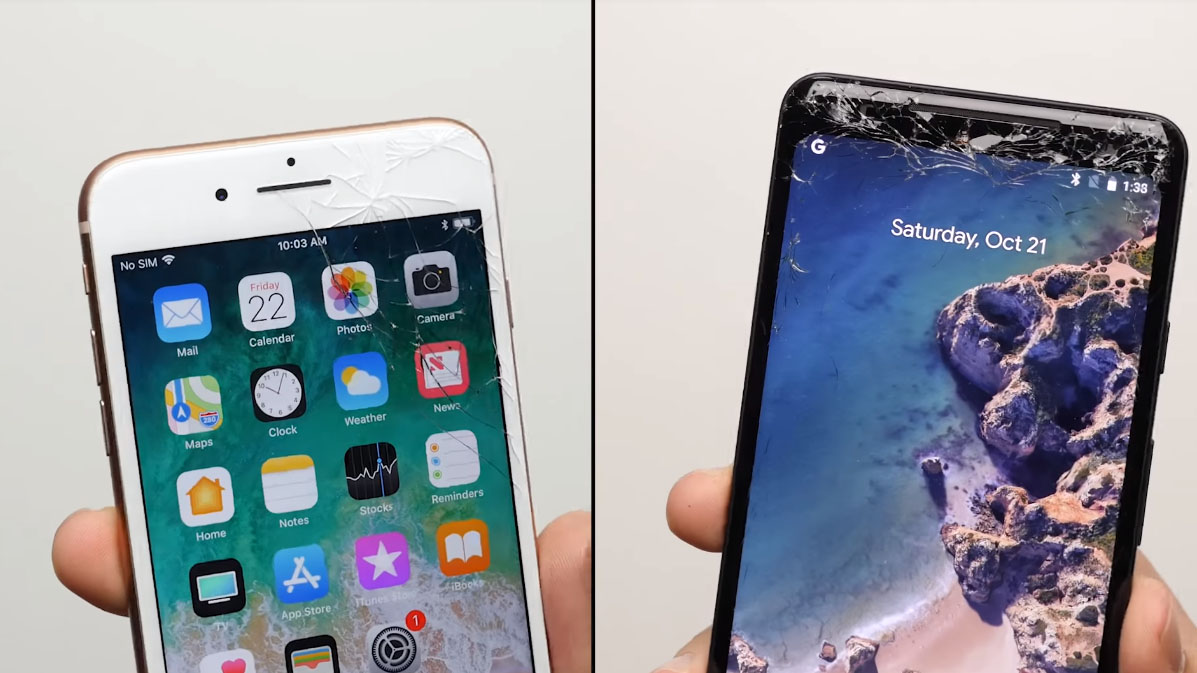 After spending hundreds of dollars on your smartphone, you probably want it to last a while before breaking. The Pixel 2 thankfully has a pretty grippy build, but you’re probably going to drop it at some point. If a case isn’t your thing, you’ll want to know how tough the phone is naked. Thankfully, the first drop test has arrived to answer that question.

PhoneBuff posted a video recently comparing the Google Pixel 2 XL to the iPhone 8 Plus in a drop test. While your real-life use and drops may not fully reflect this test, the equipment and materials used here are designed to best simulate real-life drops.

Falling from a professional drop test machine, the video first drops the two devices directly onto their backs onto concrete. Both phones have their screens survive, but the Pixel fares far better in this test as the iPhone 8 immediately has a shattered back.

This, of course, makes sense since the iPhone has a glass back, but it’s good to see that the Pixel’s glass “shade” and camera stay intact. 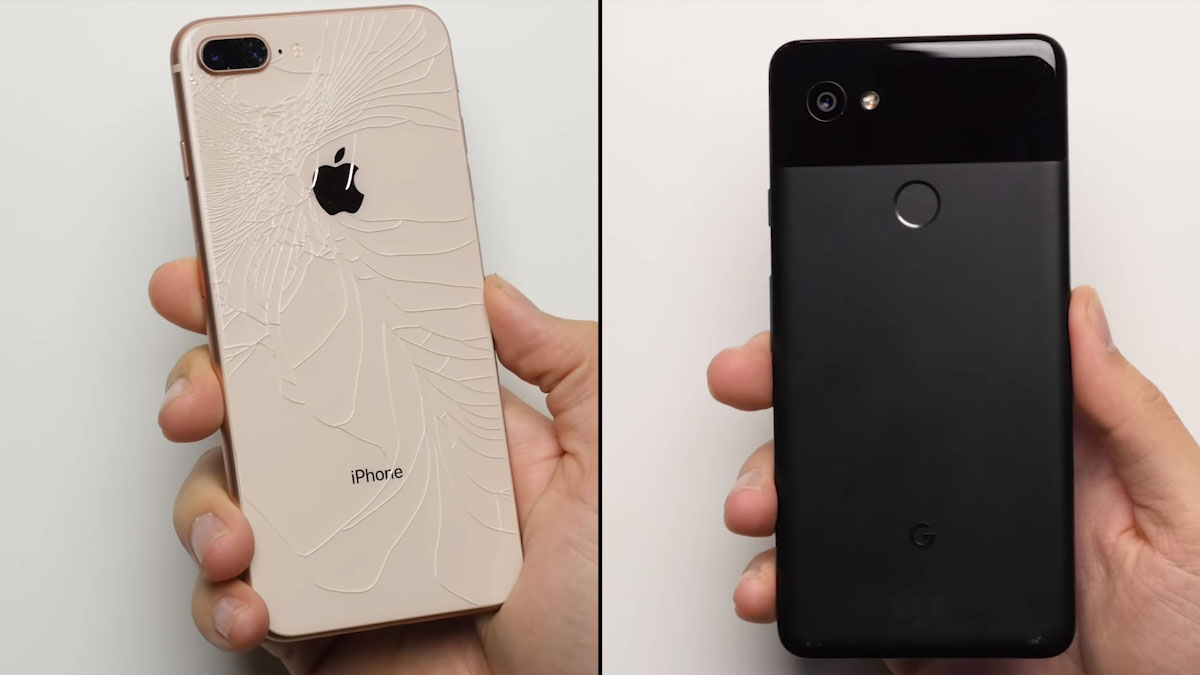 A second test has these phones fall on the corner, and the results are similar. Neither device sees any major damage aside from some scratches and scuffs on the corner. Those are slightly deeper on the Pixel due to the coating on the aluminum, but it’s nothing terrible.

Unfortunately for the Pixel, the face drop immediately sets it down a losing course. Both screens crack, but the Pixel 2 XL’s top portion actually loses a major portion of its glass, also ruining the front-facing camera.

From there the phone was dropped 5 more times, at which point the touch response wasn’t so minimal it couldn’t even call 911.

Overall the Google Pixel 2 XL seems to hold up fine, but it’s certainly not a rugged device. The back seems tough, but it certainly seems that you’ll want to pick up a screen protector to protect the display.

As noted the other day, however, the build quality on Google’s new phones isn’t super durable. That coating on the back is very easy to damage, and the frame itself, at least on the smaller Pixel 2, is relatively easy to bend. Seeing as that is the case, you’ll probably want to check out our recent Pixel 2 XL case reviews…