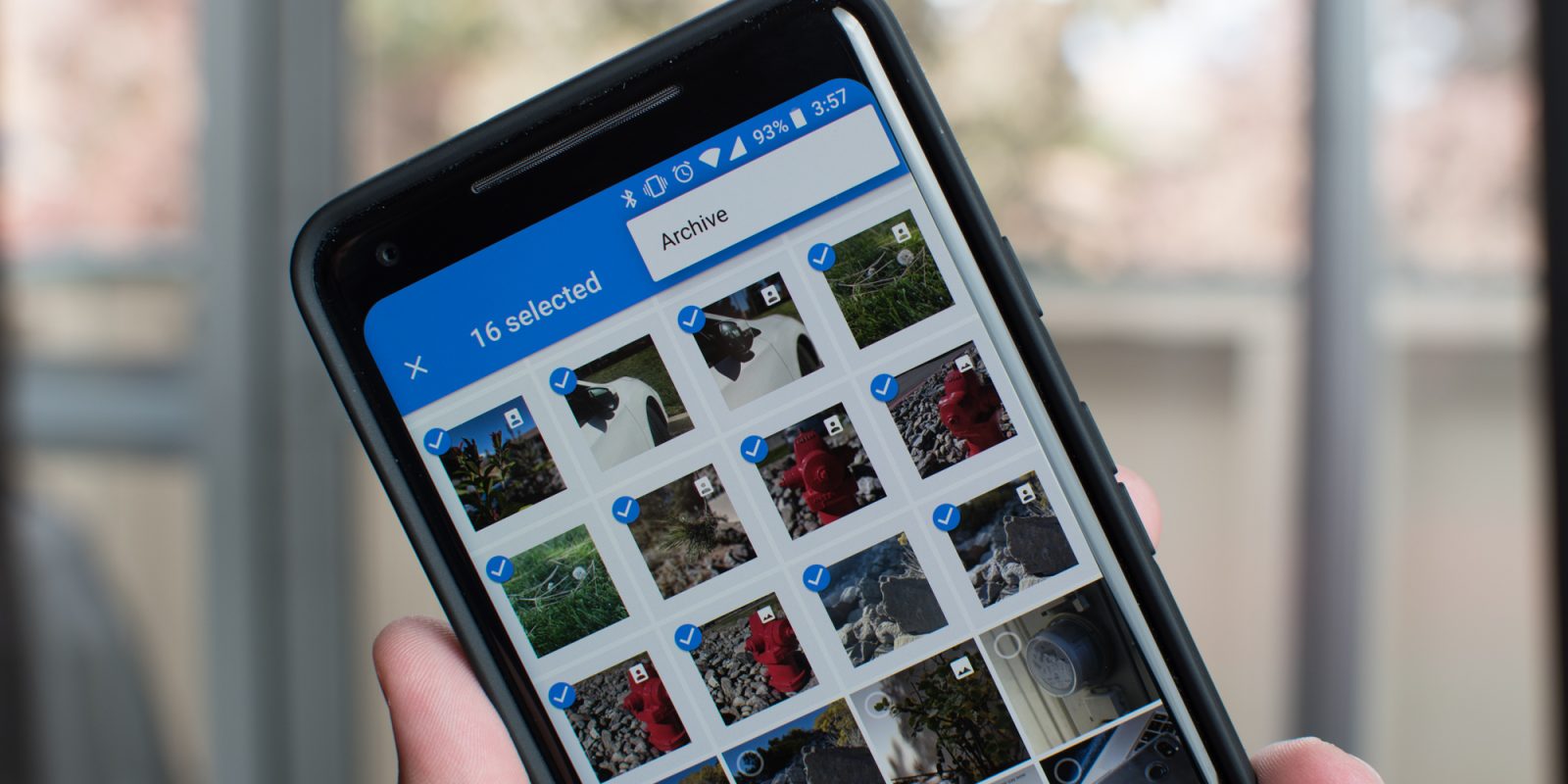 Following a redesign of the share sheet in the previous update, the latest version of Google Photos is rolling out now. Google Lens on the Pixel and Pixel 2 pick up a really neat and Googley animation when activating, while there are minor UI changes, and a photo book-related promotion.

Google Lens in Photos launched on the Pixel 2 and Pixel 2 XL, but also began rolling out to the first-generation phones last week. Previously, activating Lens would slide up a white panel with the four colored Google dots pulsating as it analyzed your image.

In version 3.8, Lens adds a really cool animation that covers the screen in a pattern of multi-colored dots and lines. The panel only slides up when Lens is ready to deliver a result. It’s a purely aesthetic addition, but a very cool one that makes Lens a little more delightful and Googley. It’s similar to the animation demoed for Google Lens in Assistant back at I/O 2017.

Meanwhile, on Android Oreo devices, there is a shortcut in Notifications to view notification channels in the system Settings app.

Lastly, multiple users have spotted a promotion to get free shipping on photo books over $19. Hard cover books start at $19, though adding pages to a soft cover version should also get you this deal. Available as a card in the Assistant tab or by heading to the photo books creator, the promo runs until November 9th.

Version 3.8 of Google Photos is rolling out now through the Play Store.