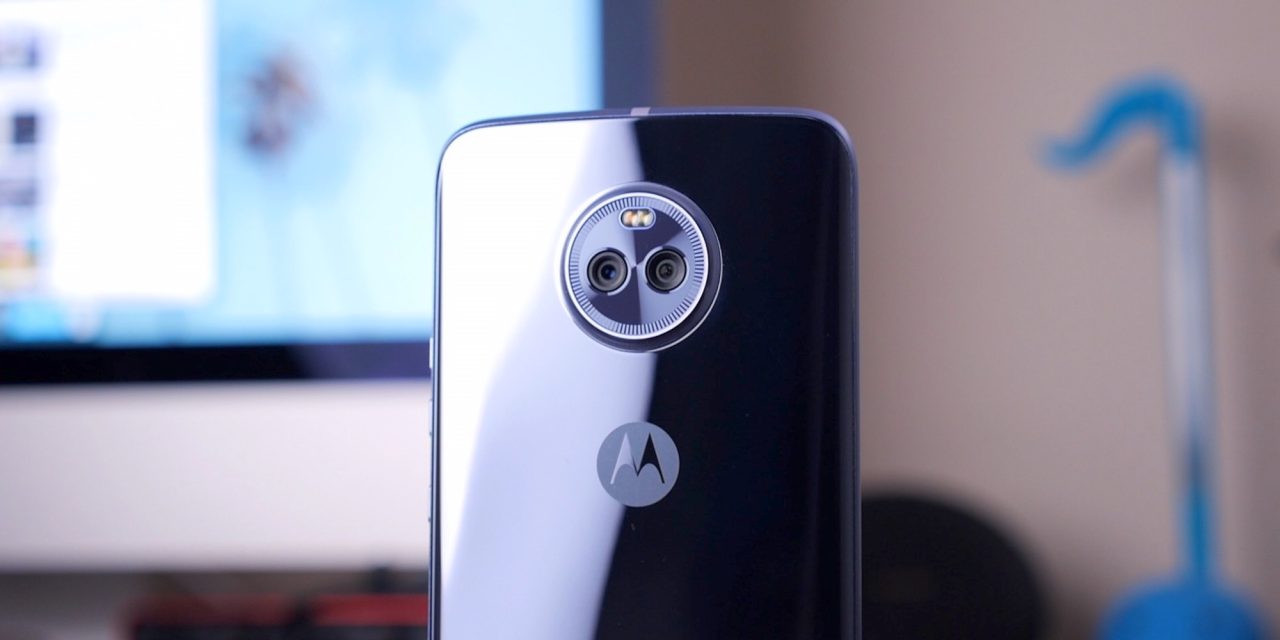 Back in 2014, the original Moto X quickly became my favorite phone on the market for its uniquely customizable design and clean, yet intuitive software. The Moto Maker service allowed buyers to choose the phone’s colors (and build materials on later models), add a printed signature to the back, and even include a message on the bootscreen.

The new Moto X4 does none of that, and while ditching Moto Maker is definitely a bummer for longtime fans like myself, that doesn’t stop the X4 from being one of the best values around.

The Moto X4 is easily the best looking and best built phone of its kind; the previous iteration, the Moto X Pure Edition, had a strange rubberized soft-touch plastic backing that always felt a bit cheap to my hands. The X4 is the first Moto X to feature a fully glass and metal design, with a high-gloss finish that, while prone to fingerprints and smudges, looks absolutely stunning in person.

It feels great, too; though the Moto X4 costs just $400, I could easily be fooled into thinking it was nearly twice the cost based on build quality. Unfortunately, though it yields a more premium look and feel, the glass back is far more slippery and prone to damage than the plastic designs of yesteryear — you’ll likely want a case to protect your investment.

Glass is also heavier than plastic, and the Moto X4 is fairly hefty at 163 grams, but it never bothered me. It’s comfortable to hold thanks to a relatively small form factor and some subtle curvature around the back, though I did find that the large camera dome sometimes got in the way of my index finger during regular use. The Moto X4 also features a headphone jack along with its USB-C port, an increasingly rare combo. 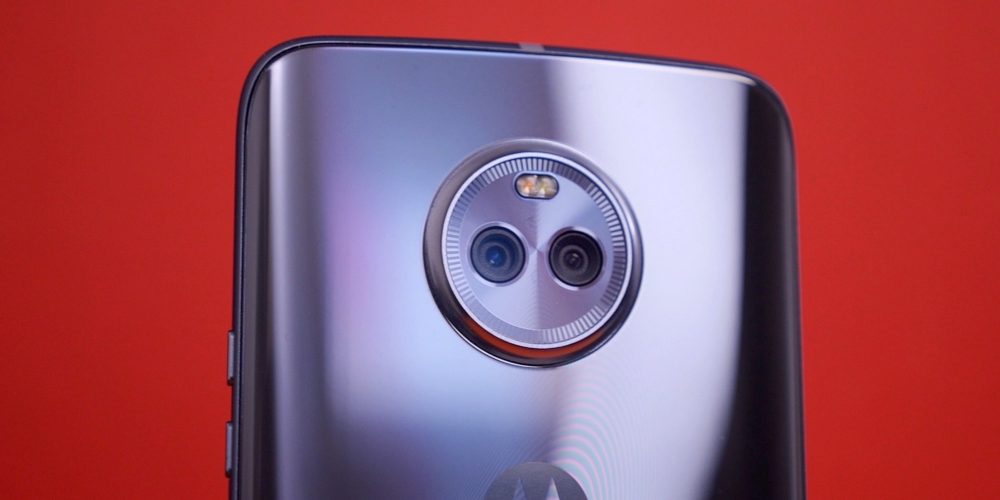 The display up front is a 5.2-inch IPS LCD panel, with a reasonably sharp 1080p resolution. It doesn’t utilize the popular new 18:9 aspect ratio, nor are its bezels as small as some of the competition, but that leaves room for a fingerprint sensor underneath. Despite the Moto X4’s low cost, the display is fantastic; it has nice color reproduction, great viewing angles, and shows little to no discoloration when viewed off-axis.

The specs inside the phone are good given the price as well. The Moto X4 is powered by a Snapdragon 630 from Qualcomm, with an Adreno 508 GPU, 3 GB RAM, and 32 GB of internal storage (expandable via microSD by up to 256 GB). It also supports Bluetooth 5.0, and the Moto X4 is the first of its kind to finally feature IP68 dust and water resistance.

Before moving on to the software, I have to say that I’m still terribly sad about the decision to abandon Moto Maker, which was once a headline feature of the Moto X. With the Moto X4, your choices in color are limited to Super Black and Sterling Blue — though on the bright side, both finishes look terrific.

A key part of the Moto X has always been providing a clean, near-stock Android experience. The Moto X4 is no exception, running Android 7.1.1 Nougat (no Oreo yet) with just a few Moto additions.

Within the Moto app are the Moto Actions we’ve come to know and love from Motorola, including popular gestures like double-twisting the phone in your wrist to launch the camera, or the double chop to toggle the flashlight. There’s also Moto Key, which allows you to sign in to websites, apps, or even your Windows computer using the phone’s fingerprint sensor, Moto Voice for voice commands, and the popular Moto Display for ambient notifications.

Like every other Motorola phone as of late, the Moto X4 can be set to consolidate all navigation controls to the fingerprint sensor, freeing up the bottom portion of the display. The controls take a little getting used to, but they’re simple in nature; tap to go home, swipe from right to left to go back, and swipe from left to right to view your recent apps. You can even tap and hold the fingerprint sensor to turn off the display, though I found myself accidentally turning my phone off far too often with this feature enabled. 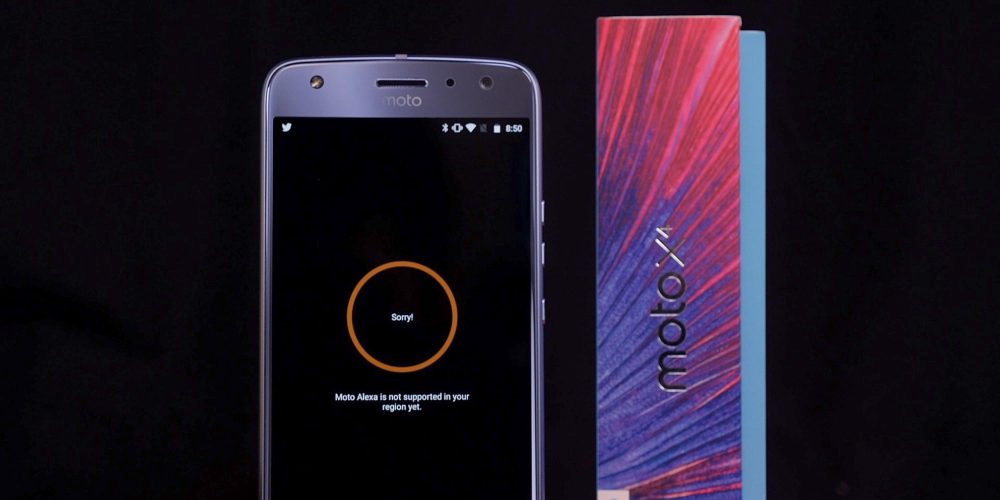 Interestingly, my Moto X4 also came with Amazon’s Alexa voice assistance service pre-installed, but I wasn’t able to try it out due to an error message saying that the app isn’t supported in my region yet.

Thanks to the light software load, the Moto X4 absolutely flies through almost anything you throw at it, barring some high-end games that would benefit from a faster processor. Even when quickly switching between running apps, the Moto X4 shows no hesitation, making for a Nexus-like experience that I really appreciate.

Photography has never been a strong point for the Moto X series, and though the Moto X4 has some interesting new tricks, it still doesn’t do much to change that reputation. The Moto X4 is the first of the series to feature dual cameras on the back, pairing a 12 MP f/2.0 primary sensor with an 8 MP f/2.2 wide angle, providing a 120° field of view.

Images from the main sensor are soft, but it does a decent job with colors and handling multiple exposures. Unfortunately, the difference in resolution and quality with the wide-angle lens is noticeable, and while I appreciate having the option for a more dramatic shot, the results just aren’t that good.

Up front, the 16 MP f/2.0 camera takes some decent-looking selfies as well, though it suffers from the same softness and slow performance or the rear cameras.

The Moto X4 has a reasonably large 3,000 mAh battery sealed inside, and with it comes reasonably long battery life — though it doesn’t quite live up to Motorola’s claim of all-day battery. In my experience, a typical day of casual use (scrolling through social networks, watching some YouTube videos, streaming music to Bluetooth in my car, etc.) averaged out to 4 hours of screen-on time.

With heavier use, particularly when playing games, battery life drops fairly quickly, but it’s equally quick to recharge thanks to Motorola’s 15W TurboPower charger included in the box. The only thing missing from the Moto X4 is wireless charging, which won’t be a big deal to some, but as someone with multiple wireless chargers around the house, I definitely would’ve appreciated the feature.

For just $400, the Moto X4 offers fast performance and, at least in my opinion, the best-looking phone Motorola has ever developed. The cameras aren’t perfect, but they aren’t horrible either, and you’re getting an extremely clean Android experience at a much lower price than options like the Pixel 2 or even last year’s Pixel.

For an even better deal, you can order the Moto X4 at a $70 discount from Amazon Prime for a total of just $330 — though keep in mind that your phone will have lockscreen ads from Amazon as a result.

Overall, I really enjoy the Moto X4. I desperately wish there were still the option to customize your phone through Moto Maker, but even without a personalized design, the Moto X4 is still one of my favorite phones in its price range, and it’s easily the best Moto X to date.