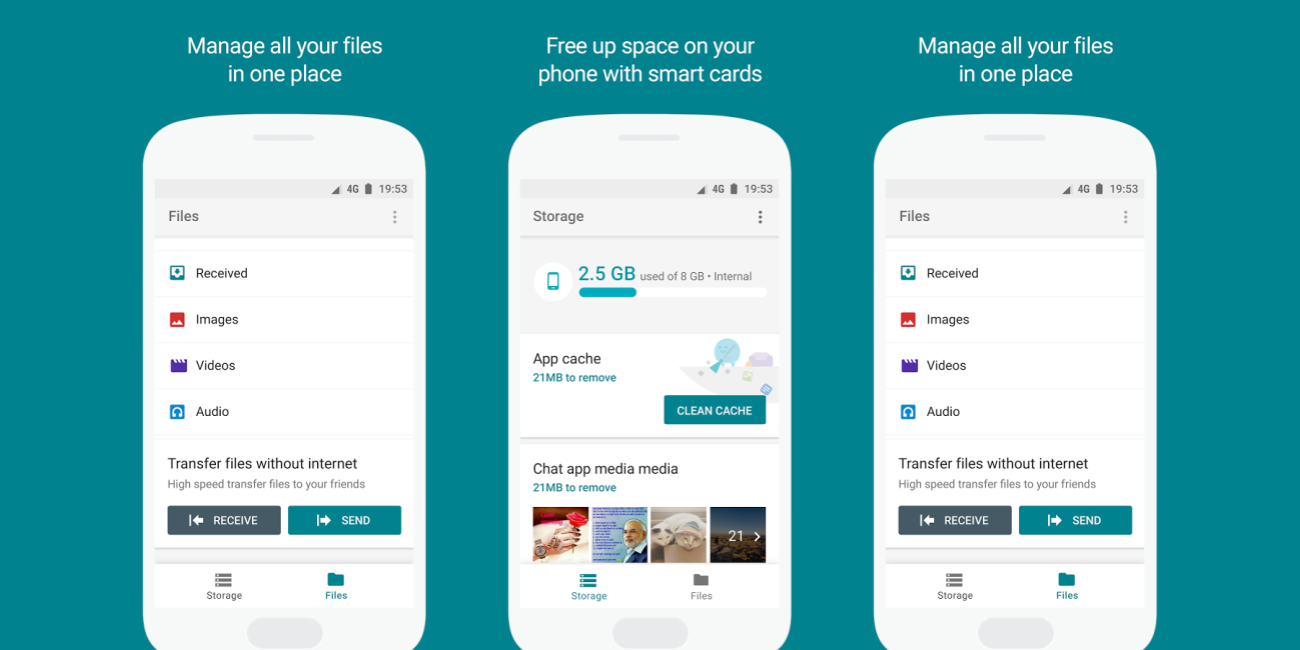 To target the next billion users, Google frequently makes apps that are optimized for developing markets around the world. Recent examples include its Tez payment service and a lite version of Google Search. The latest appears to be a “smart storage manger.”

The new “Files Go” app is listed on the Play Store as unreleased. Google is currently running an early access program, which is currently full, so the majority of users cannot download it right now. This is in line with its usual approach for apps in developing markets.

Screenshots show a simple application with two bottom tabs. “Storage” notes how much free space is available on a device and features cards of data and media that can be removed. There are also other suggestions, including clearing app caches, deleting apps that aren’t frequently used, and removing “spam & duplicate images.”

Meanwhile, the second tab called “Files” groups content by Images, Videos, and Audio. These sections can be further broken down by their source, including Chat App, Camera, Screenshots, and more.

One key feature of this app is the ability to “Transfer files without internet” connectivity. Google touts that this “high speed transfer” is for receiving files from nearby friends, with a dedicated view that shows contacts that are in your vicinity. One screenshot hints that transferring is likely performed over Bluetooth.

Release notes on the Play Store mention that it is currently an”Early dev build” with 500 – 1,000 installs and support for Android 5.0 and above. Download, it if you dare, here from APKMirror.