Back in August, Google began working on a split screen mode for Chrome OS devices in tablet mode. It addresses a primary complaint on touchscreen Chromebooks and is now nearing release. No longer requiring a shell command to enable, “Split view” is now available as a regular flag in the Chrome OS Dev Channel.

Chrome evangelist François Beaufort this morning shared that the feature is now available in the Dev Channel (version 64) for Chrome OS. The flag is named “Split view in Tablet mode” (chrome://flags/#enable-tablet-splitview) and can easily be enabled.

Back in August, another Googler showed off an early version in operation that required manually inputting the command via the Chrome OS Shell (Crosh).

Today’s screenshot shows more of the feature on a Google Pixelbook. Tapping the overview icon in the bottom right corner still shows all active windows. However, users can now snap those windows to one of two highlighted areas at the sides of the screen. 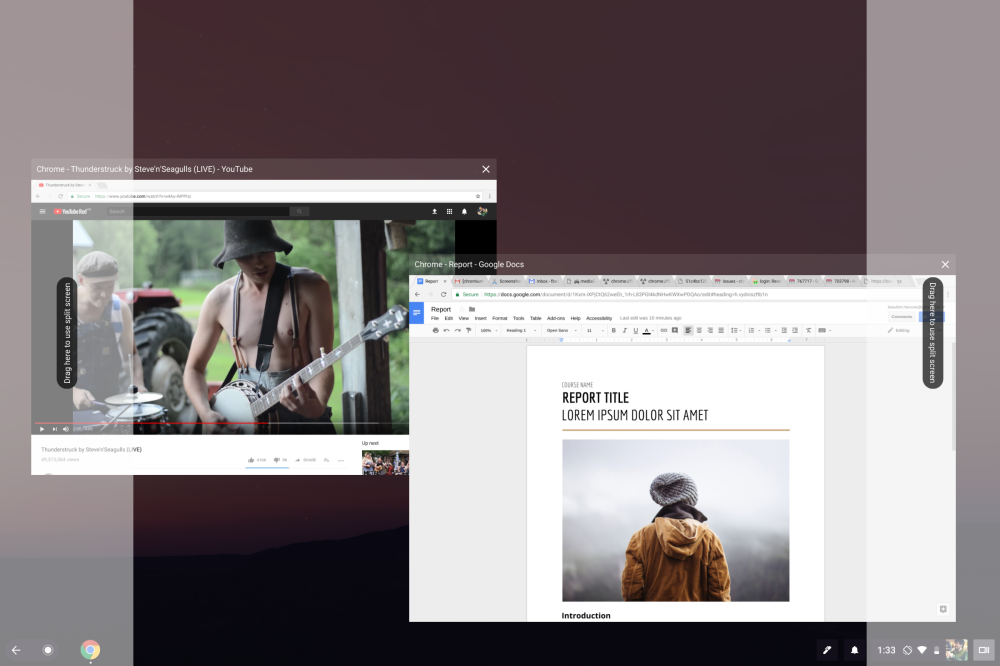 At the moment, this feature only works for Chrome windows. Android apps don’t support snapping and won’t work with split screen. While this is unfortunate given the Play Store push on Chrome OS, it is a start for productivity in Chrome OS tablet mode.

In a review of a recent convertible Chromebook, I noted how Chrome’s tendency to fullscreen all windows in tablet mode was very limiting for work and multitasking.

Given that Chrome OS 62 rolled out at the end of October, we’re approximately 2.5 months way from the current Dev version hitting Stable. However, it should be usable by the time it reaches Beta for those who are eager to make their Chromebooks more productive.