Google’s Pixel C tablet gets a huge price cut in the UK, still $599 in the US

It’s been nearly 2 years since Google released a proper tablet. Don’t get me wrong, the Pixelbook is a great machine, but sometimes a tablet is just better at times. I absolutely loved my time with the Pixel C back in the day, but it’s $599 price in 2017 is just ridiculous. Now, Google is giving its only tablet a price cut… at least in the UK.

The Pixel C has held its place in the Google Store for a while without any changes in price to reflect its aging specifications. After all, that $599 is a lot to ask of a Tegra X1 and 3GB of RAM, especially considering how lackluster the device has been at times.

Those still interested in the device, however, have had to turn to used options for the past several months as the Google Store has listed the device as out of stock for a long time now, especially in the 32GB configuration. In the UK, however, the tablet is still up for sale and fully in stock, and Google has dropped the price.

The original £479 translates to about $630 in the United States, but this latest price drop pointed out by Android Police takes it down to £299, about $400 USD. It feels like that, considering the lack of stock in other regions, Google is just offering this drop in price as a way to clear out remaining units. The keyboard has also been dropped from £119 to £73. 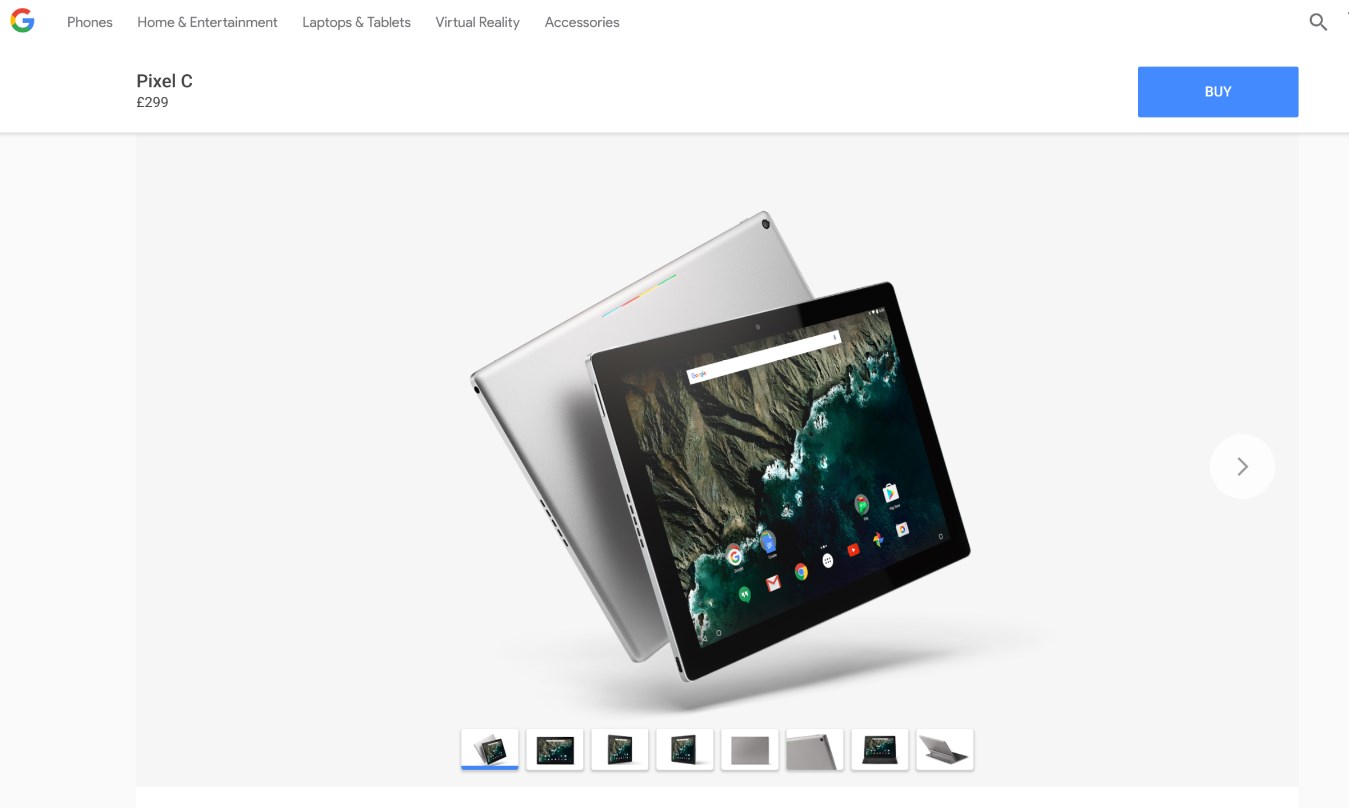