The first 4K movies began rolling out to the U.S. and Canadian Play Store last December. Since then, Apple’s iTunes has also rolled out higher-quality films with a free upgrade for past purchases. Google might finally be expanding the content to other countries as the first 4K UHD movie in the UK is now available for purchase.

Spider-Man: Homecoming is the first UHD film that can be purchased in the UK. Notably, there is only a £1 premium between the £13.99 ($18.46) UHD and the £12.99 HD version. However, it’s unclear whether this is due to a promotion as the movie has similar pricing in the U.S. Play Store.

Unchanged is the notice that 4K content can only be watched on a Chromecast Ultra or UHD Android TVs.

At the moment, the latest Spider-Man movie is the only 4K film, with searches and comparisons to U.S. movies not yielding any more content. This U.K. rollout does actually mirror the US one as a month before UHD officially launched lone movies were popping up for purchase.

Given this, a full launch is likely near, though the Google Play support page still only notes availability in the U.S. and Canada. 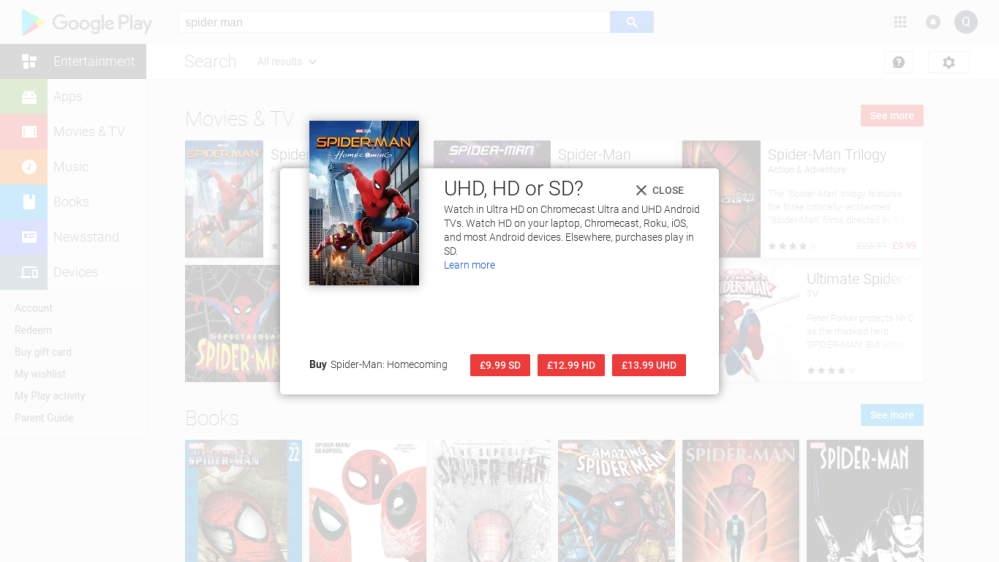