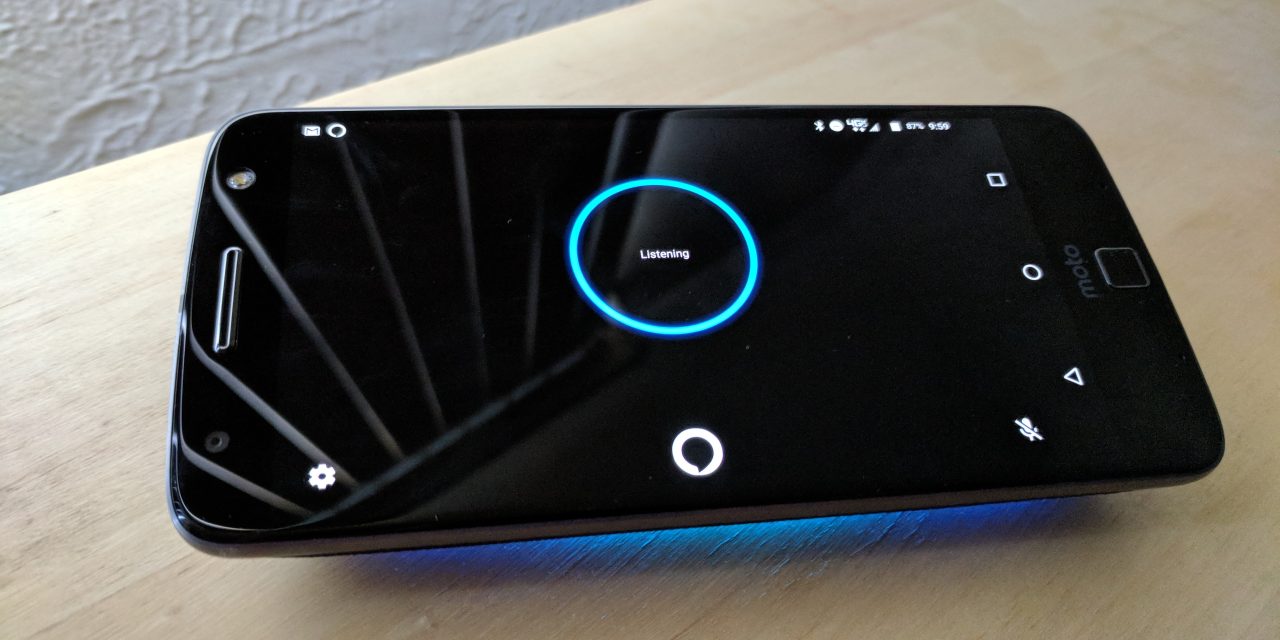 I like docks. My adoration dates back to Exhibition Mode in webOS and to a lesser degree the original Daydream screen savers on Android. Both have faded, but live on as ambient/always-on display features in modern flagships. Of those, my favorite is easily the Moto Display found on the Moto Z line of devices. Now, that feature has a hardware dock to pair that also acts as an Alexa speaker.

With the Moto Smart Speaker, I’ve been able to relive the glory days of docks infused with always-on displays — with a little voice assistance added as a bonus. Unfortunately, that dock aspect is the only saving grace of an otherwise questionable Moto Mod.

The most recent dream of a true modular phone died when Google canceled Project Ara in 2016. However, the concept lives on through what Essential is doing with its wireless magnetic connector, and, of course, Moto Mods. To Moto’s credit, they have gone all-in with their take on modularity. And unlike LG’s attempt with the G5 line, they’re not giving up (yet).

There are a lot of Moto Mods that truly extend what your phone can do, including a pretty good 360 Camera, useful portable speaker, and of course battery packs. The company has followed through on their promise to release the bunch and a developer program makes it possible for smaller third-parties to create even more of their own.

The Moto Smart Speaker with Amazon Alexa very much builds on their existing portable speaker accessories, but heavily leans into Amazon’s assistant. With a curvy triangular shape, one side features a rubber base surrounding a metal-esque plate stamped with the Amazon Alexa logo. Meanwhile, every other exposed surface of this speaker is covered in a cloth material.

Besides helping make sure the Mod does not slide off, the rubber ring is embedded with fun blue lights that glow when Alexa is activated. It is quite a delightful little feature that lights up the base in a cool, literal, ring of color.

However, one issue with this triangular design is how uncomfortable holding the docked phone and Moto Mod is. You might ask how often one holds an always-listening speaker with voice capabilities, but the answer is frequently enough that it’s quite an inconvenience.

Alexa, as an app, has quite limited integration with the rest of the phone beyond always listening with its four far field microphones and the ability to take commands when the device is locked. As such, I’ve had to repeatedly hold the phone and Moto Mod in portrait orientation.

It’s an understandable limitation of Alexa, but I feel that the primary interface of an audio-focused smart speaker should play well with people’s local music libraries and at least other podcast and video apps.

Then there are other features that would be nice, like the ability to reply to text messages or emails as they come in via voice. As is, it requires a physical interaction with the phone.

It was during these times that my first issue arose with the general design. You really have to pry the phone off the Moto Mod. While there is a long recess to pry the device out at the top, it requires significant effort due to the force of the magnets and I often find myself digging into the fabric material with my nails.

As such, it somewhat dings my favorite use case and what I think is its one saving grace: being a dock.

Aided by the USB-C port on the rear, I’ve taken to using this as my preferred charging solution for the Moto Z. Tied with the great Moto Display, the phone and dock combine to be an Echo Show-like product that is great on a nightstand. A wave to the Moto Display shows the time, as well as your notifications for a power morning combo.

My preference for this as a dock makes me question the original premise of the entire product: Do people really want a portable speaker whose key feature is an assistant that does not play all too well with their audio or the rest of the OS? 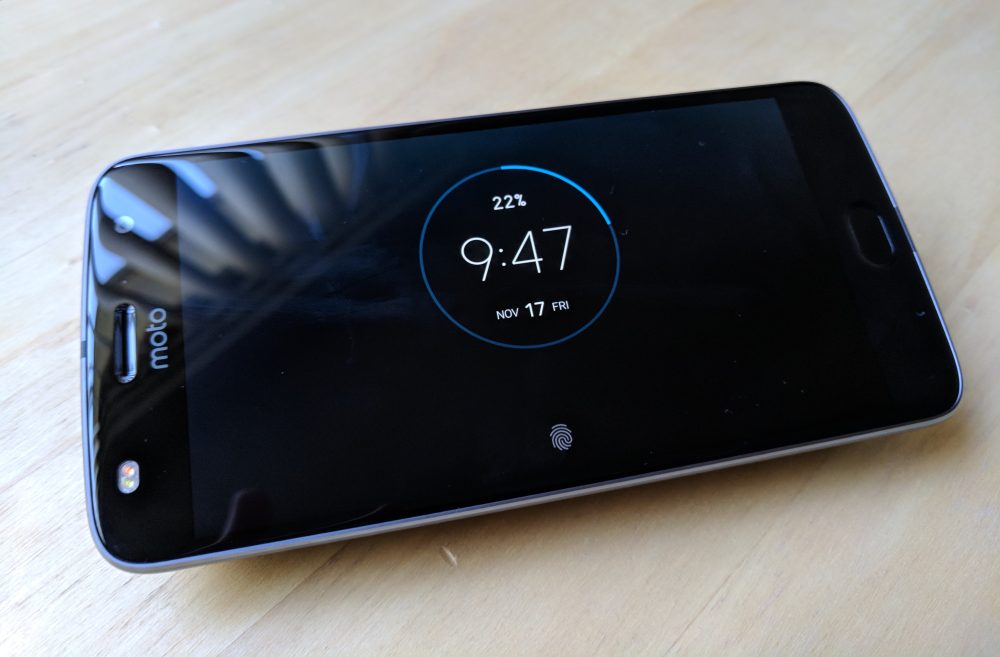 Meanwhile, even for those interested in it as a dock, there’s something about buying a product — especially at $149 — and not using it for its intended purpose. Specifically, Moto might continue updating it as an Alexa speaker rather than its most promising aspect.

Nevertheless, despite creating the Moto Smart Speaker with Amazon Alexa as a wholly different product, they created a pretty useful dock in the process. I just hope the company doubles down on dedicated docks in a future Moto Mod.

The Moto Smart Speaker with Amazon Alexa is available directly from Moto and Amazon.