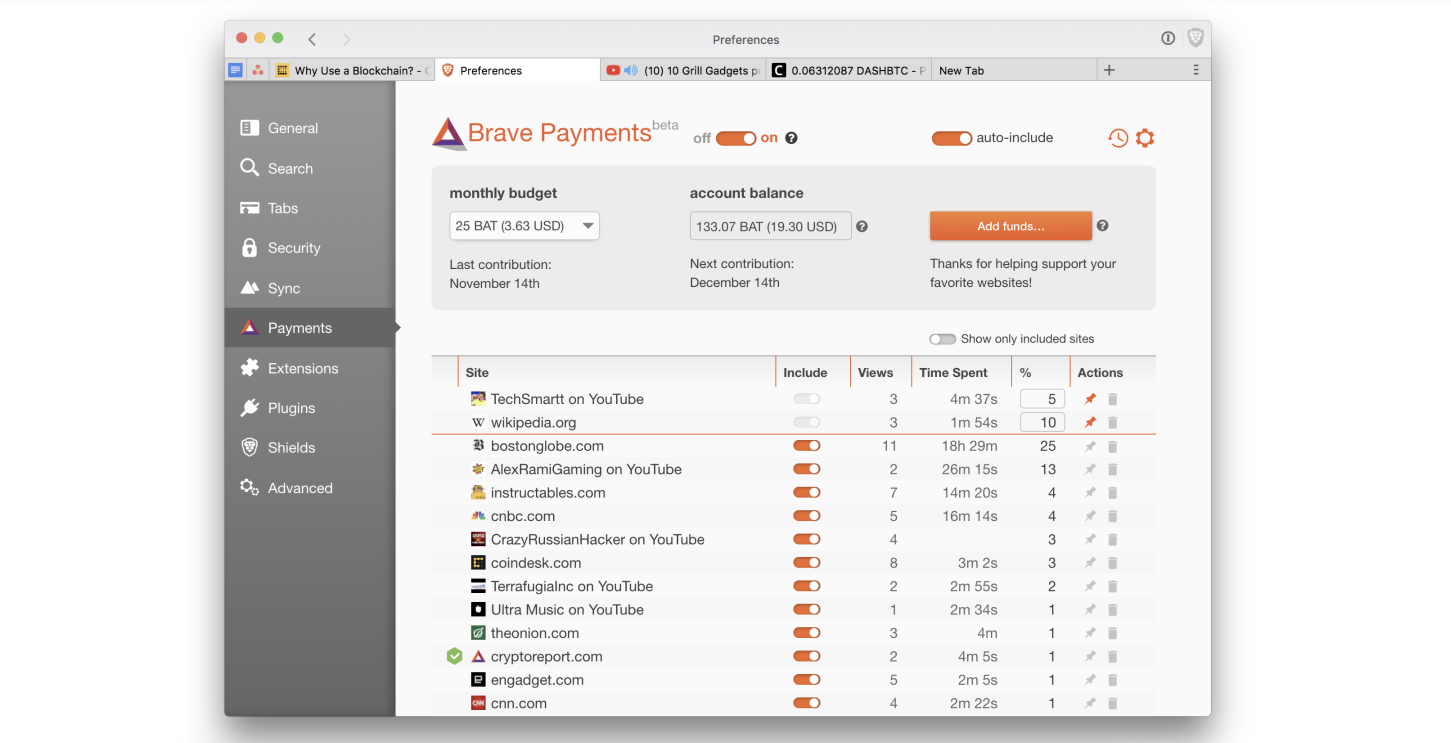 As traditional banner advertising becomes less reliable, creators are looking for alternative ways to monetize their content. The YouTube community specifically has been fighting related battles lately, with YouTube algorithms demonetizing many videos for unjustified reasons in many cases.

That’s where the team behind the Brave browser hopes that its technology will one day come in. The team envisions a future where content consumers can pay makers directly via cryptocurrency transactions, and that vision has now taken a step closer to becoming real…

Brave’s Basic Attention Token (BAT) platform is based on an Ethereum-based cryptocurrency that allows web content consumers to easily pay web content creators. You can think of it kind of like Google’s Contributor program, except the “middle-man” in this case isn’t Google, it’s a cryptocurrency ledger tied into the Brave browser that requires both parties to be signed up.

BAT isn’t all that new itself; the Brave team has been signing up web publishers and end-users for a while now. But up to now, the payments that users make to content creators were based entirely on the lone domain visited. This update lets individual YouTubers sign up to take part in the BAT platform and lets users fund specific channels of their choosing, and it even works outside of YouTube.

After the YouTube creator completes this verification process and opens an account with Uphold, they are eligible to start collecting monthly BAT contributions from their audience. BAT contributions are automatically converted to fiat and may then be transferred to the creator’s bank account.

As is the case with other online publishers, Brave says that users can contribute their BAT tokens “based on the time they spend viewing material or by “pinning” a set amount for a particular channel.” The signup process is pretty simple, and one big advantage that Brave is pointing out is that smaller channels that don’t yet qualify for monetization could earn some amount using this platform.

But that’s probably this technology’s biggest setback. A tiny percentage of web users use the Brave browser as of yet (Chrome is dominating there, obviously), and an even smaller subset of those users are savvy enough to get BAT tokens and understand the benefits of paying content creators this way. At least the Brave team is exploring these ideas, though, since the browser blocks most web ads.

Full disclosure: I own a small number of BAT tokens, which are a publicly-traded cryptocurrency that’s currently worth about $0.14 per token.