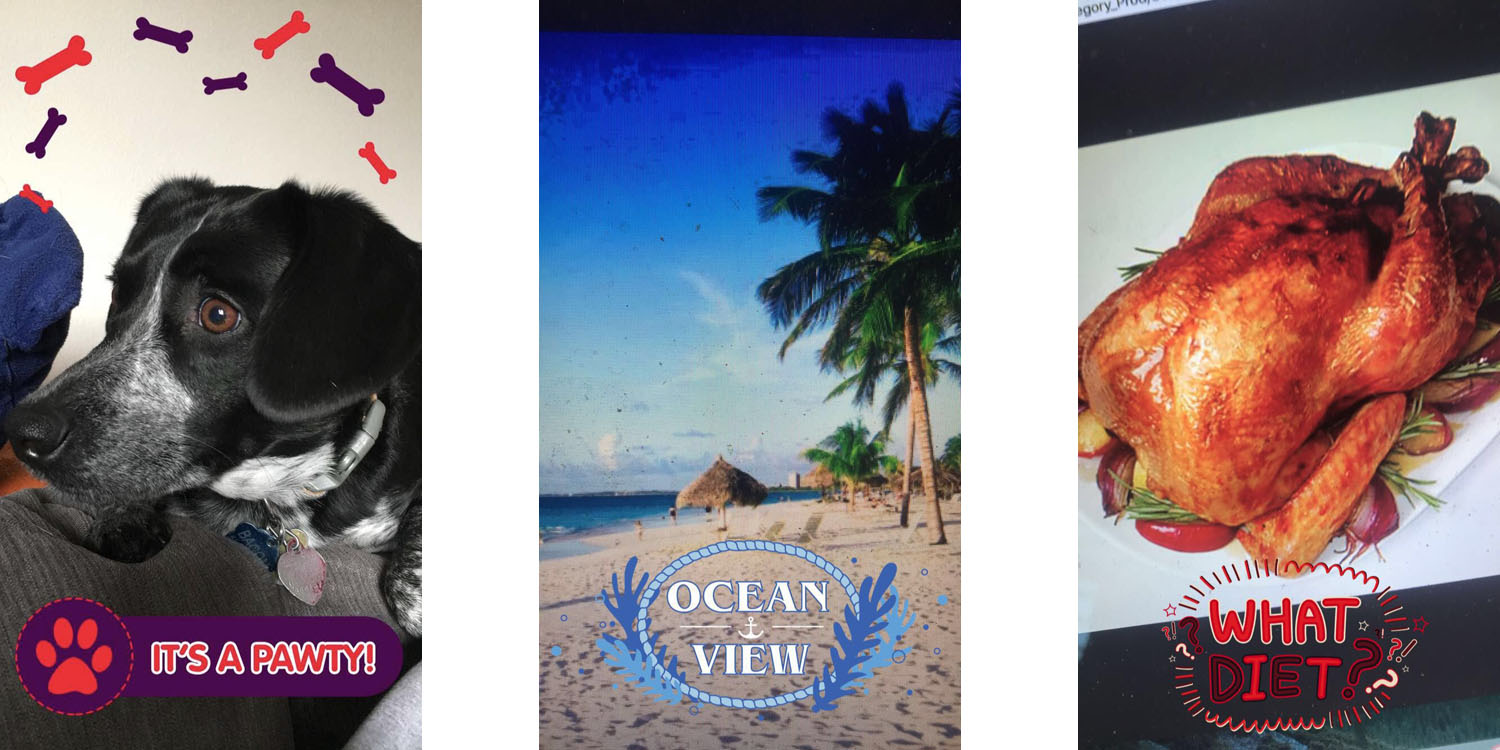 We’re expecting a major revamp of the Snapchat app to land early next month, but it seems the company isn’t holding back everything until then. It’s been quietly rolling out a feature that recognises (some of) the content in your photos, and suggests relevant borders and filters …

Snapchat told Mashable that it’s a gradual rollout, some users seeing it last week while others will receive it later. Only certain content categories are supported at present.

The filters will automatically appear in the user’s carousel of filters after they take a photo snap of something within a certain set of categories. These include items at concerts, beaches, pets, sports, and food, a Snap spokesperson told Mashable.

The feature is built on top of the object recognition that you can already use to search for particular content – like dogs – in public Stories.

Mashable notes that Snapchat first patented the idea of contextual filters back in 2015, and that the company likely sees this as a way to drive additional revenue through sponsored filters. It is already trialling AR ads, which it hopes fewer users will skip.