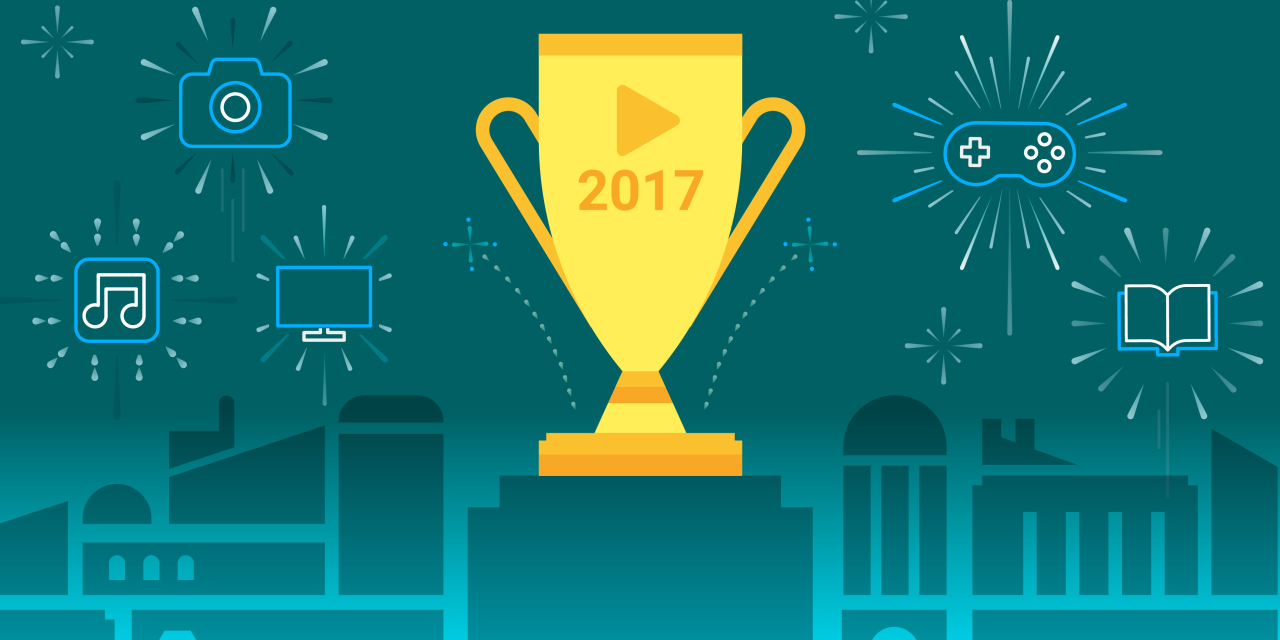 With a month left till 2018, it’s time for the best of the year recaps. Google Play is kicking it off with its “Best of 2017” highlights that include the top apps, games, songs, movies, TV shows, and books.

The lists below are for the U.S. Play Store, while those in other countries can check out their local list by heading to this Best of 2017 section on Google Play.

The Android selection is separated into the most popular new apps and games. Notably, entertainment-related applications nab three of the top five spots, followed by a weather and photo editor. Meanwhile, Super Mario Run by Nintendo is the most popular game of the year. Unsurprisingly, all the apps on the list are free with in-app purchases.

Most popular new games of 2017

The music list is sorted by streaming, while Disney impressively nabbing four of the top five spots on the films selection.