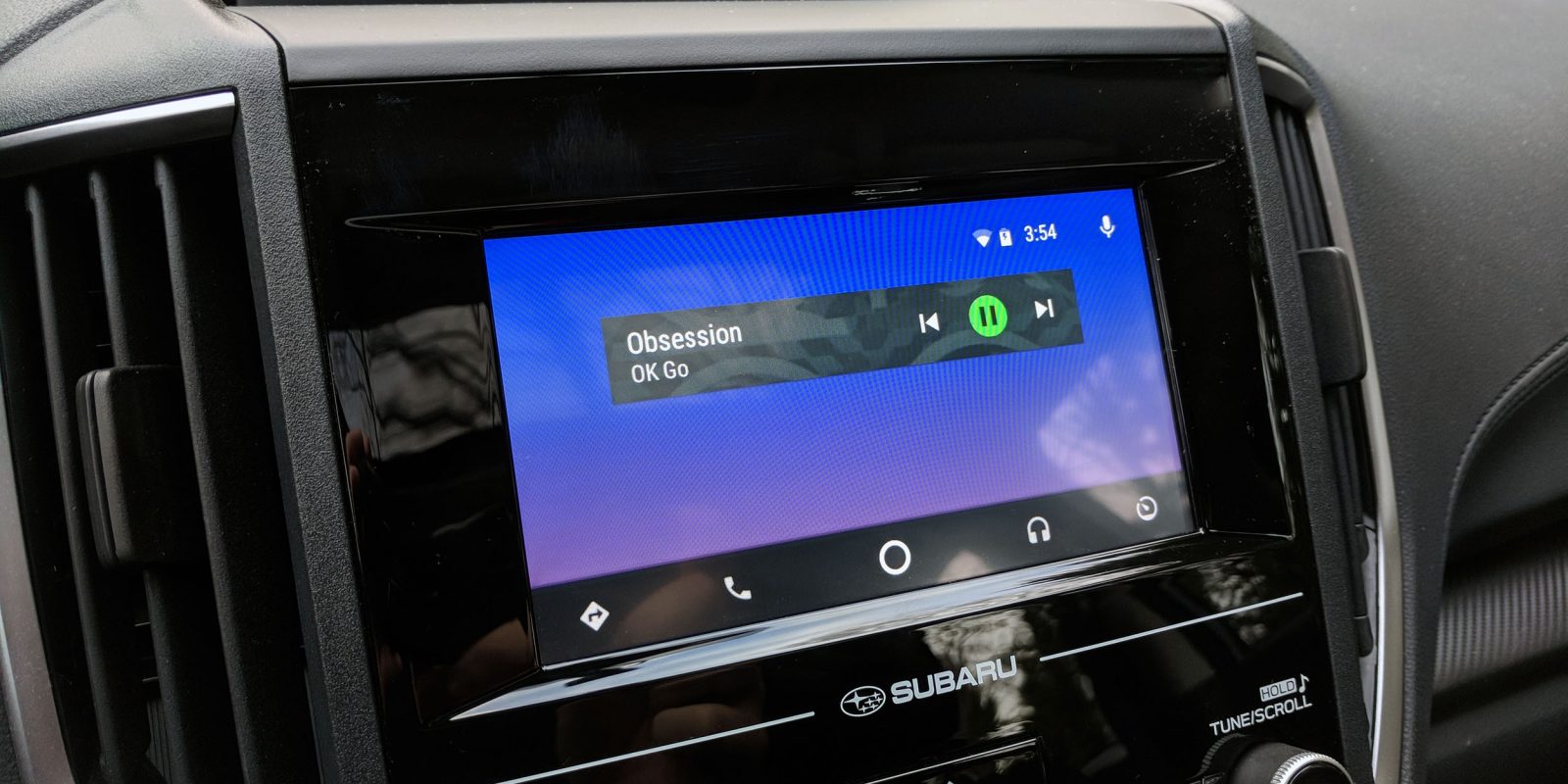 Android Auto has a great design which screams Material Design, but it hasn’t really changed much since its debut. That’s a bit unfortunate since there are some things that could be improved. Recently, though, Google seems to have quietly introduced some subtle changes to Android Auto’s interface, so let’s take a look at what’s new.

In my Subaru Impreza, I recently noticed several updates to Android Auto’s interface that really improve it for the better. Presumably, these updates came way of an app update which was pushed on Google Play on November 28th.

First, there are some slight changes to the main screen. Navigation and cards and still the same, but the background has changed to a gradient color which looks good and isn’t as busy as what was available before. The home button is also slightly bigger with a more prominent ring now.

Some of the biggest changes in this update, seem to appear within the music interface. Here, information regarding the tracks, albums, artists, etc is all moved to the center of the display. There’s also a slightly different font. Personally, I think this looks much nicer.

Further, tapping on the expanded “options” menu no longer removes the play/pause and track controls. Rather, the menu simply expands upward to give you options such as shuffle and whatever else is enabled by that specific media application.

Another very subtle change is a solid color that appears alongside the hamburger menus, replacing what was previously transparent and showing the interface behind. This extends pretty much throughout the entirety of Android Auto’s UI.

Lastly, there’s the dialer app which has seen the most drastic changes. Now, there’s a new “bar” interface for calling controls as well as full-screen profile pictures. There’s also a new look for the dialer itself and a toggle for switching between the car’s speaker, phone’s speaker, and the phone’s earpiece for calls.