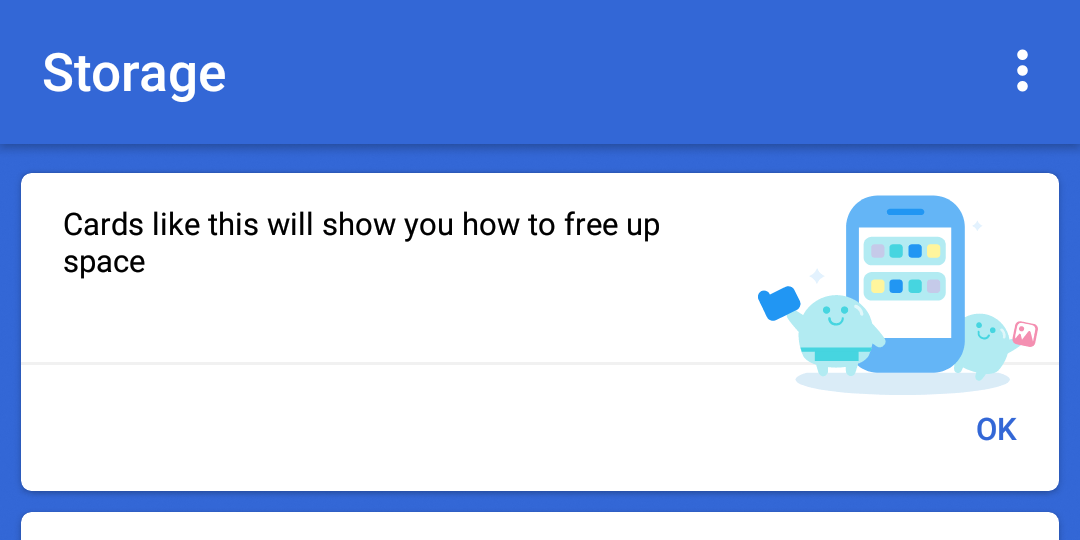 For the past month, Google has been testing a smart storage manager with features like delete recommendations and wireless file transfer. Today, Files Go is out of beta with a tweaked design and global availability.

The redesign is mostly in the form of a new blue background that replaces the previous drab green color and a new icon. There are also more animations and drawings as part of the onboarding process. However, the app’s navigation remains simple with the Storage tab featuring suggestions of large files and duplicates to remove and caches to clear in the form of cards.

Granting System usage access will let Files Go determine apps that haven’t been opened in the past month and recommend them for deletion.

The second tab allows users to filter files on their device by type, including: Downloads, Received files, Apps, Images, Videos, Audio, and Documents.

Meanwhile, Google has better detailed the technology behind the app. Of note is the use of Google’s mobile vision technology to suggest low-resolution videos and memes to delete. Another highlighted feature is wireless file transfers through the creation of Wi-Fi hotspots. Sent files are encrypted with max transfers at speeds of up to 125 Mbps.

Google notes that during its month of testing the average user saved 1GB of space. Starting today, the app is available globally in the Play Store for device running Android 5.0 Lollipop and above.