Review: The Samsung Gear Sport is probably the best smartwatch you can buy for Android 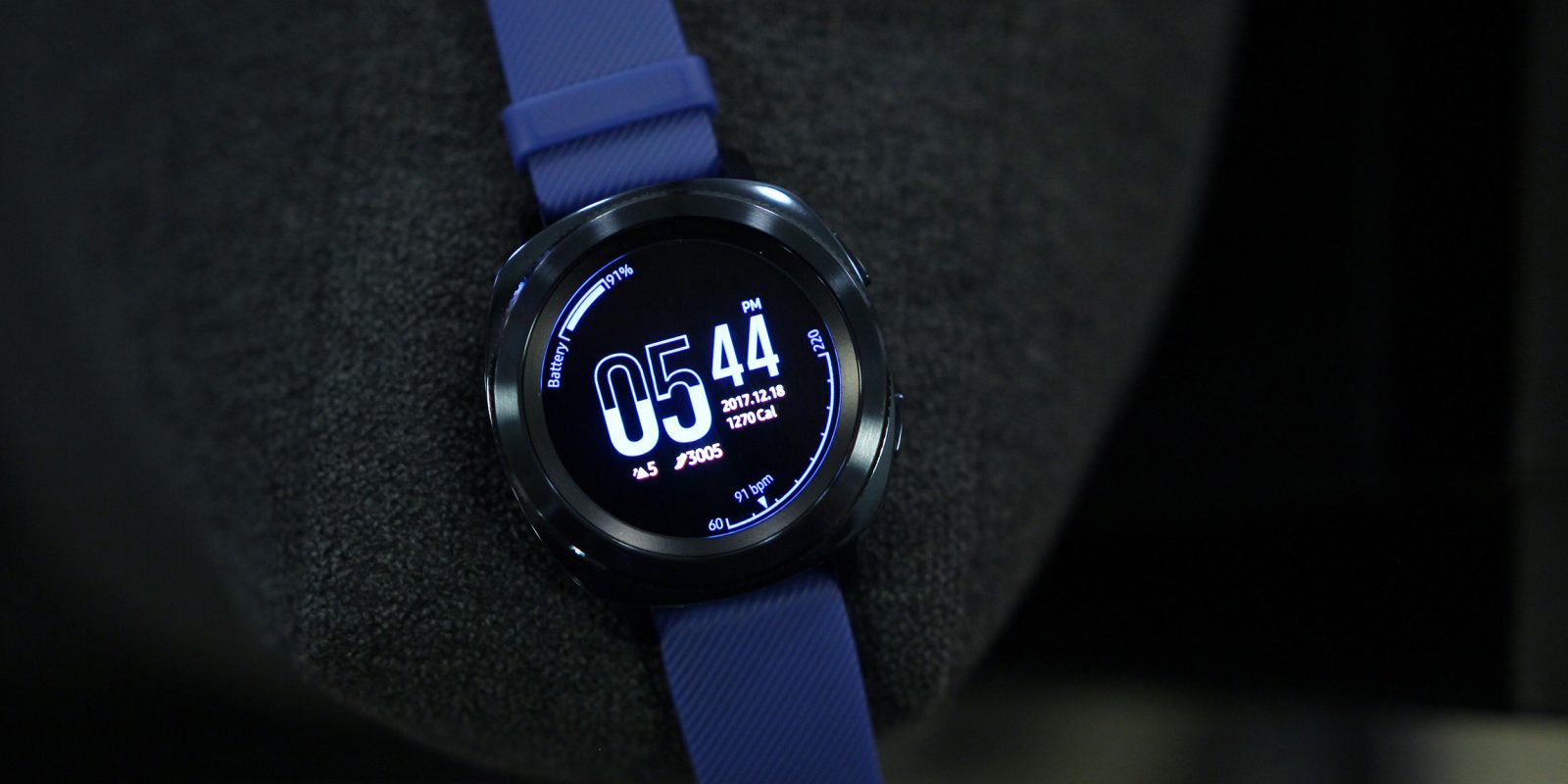 It’s hard to convince someone why they should buy a smartwatch. One argument might be for notifications, payments, or apps, and another might be for fitness. In many cases, today’s smartwatches fall into one of those two categories. However, Samsung’s new Gear Sport bridges the gap with impressive fitness features paired with the company’s excellent Tizen wearable OS.

Samsung’s Gear S wearables haven’t changed their look much since the Gear S2, and that’s not a bad thing by any means. The Gear S3 Frontier and Gear S3 Classic are some of the best looking wearables on the market today. The Gear Sport is simply a refinement of that good design. It’s “squircle” outer ring with rotating circular bezel look great together, and the blue color I tested is unique.

The biggest improvement made to the Gear Sport over Samsung’s other smartwatch options is in terms of size. The Gear S3 series was, put simply, massive. Unless you had larger wrists, it just looked ridiculous, but the Gear Sport is a size in between that doesn’t look too massive on small wrists, or too small on larger ones. 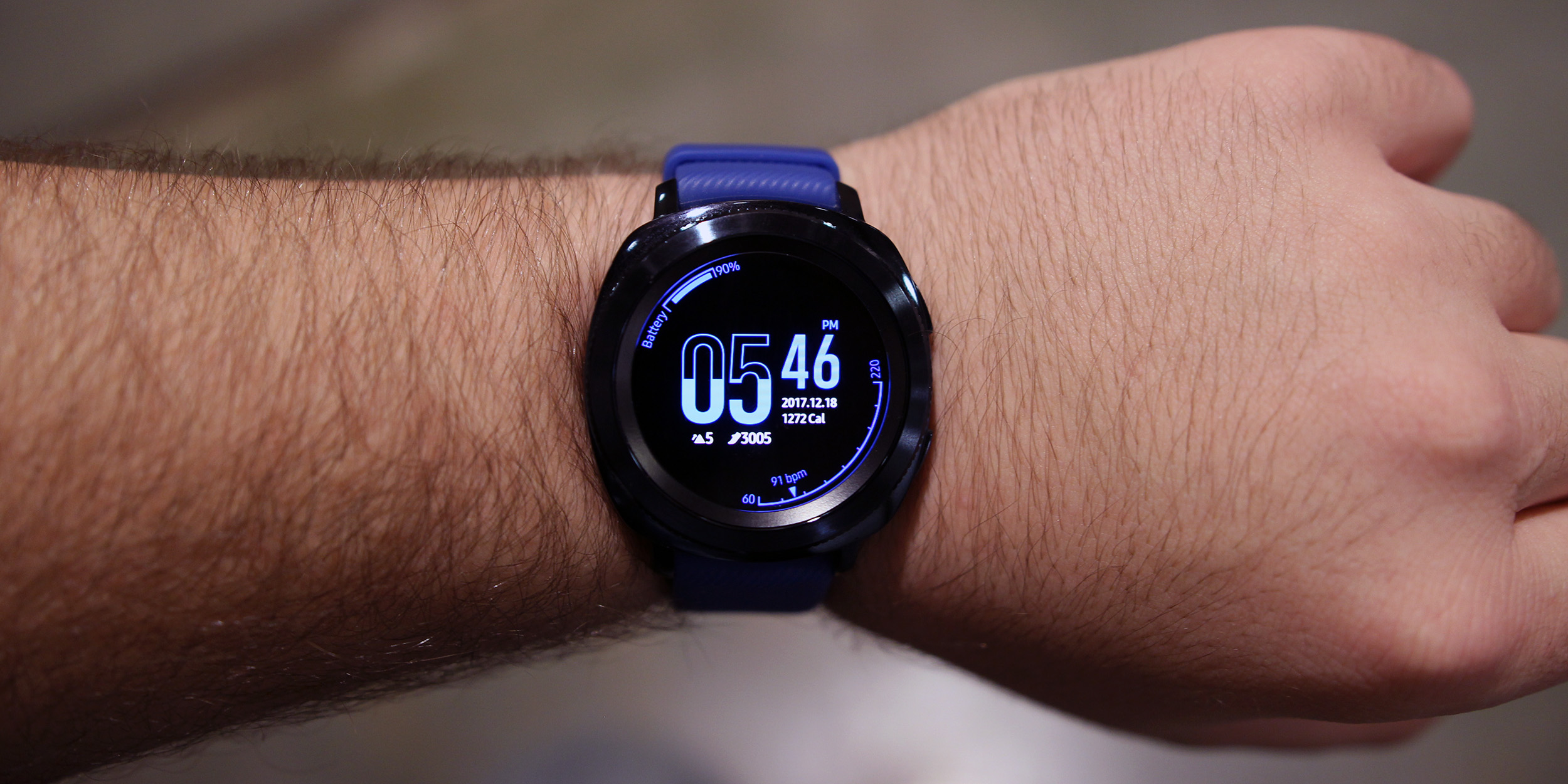 One of the other big pluses on the Gear Sport is the water resistance. Most smartwatches sit at IP67, which means they’re good for sweat, the rain, etc. 5ATM water resistance, though, is a big deal, because it means you can take this swimming. Samsung’s fitness features even include swimming modes. 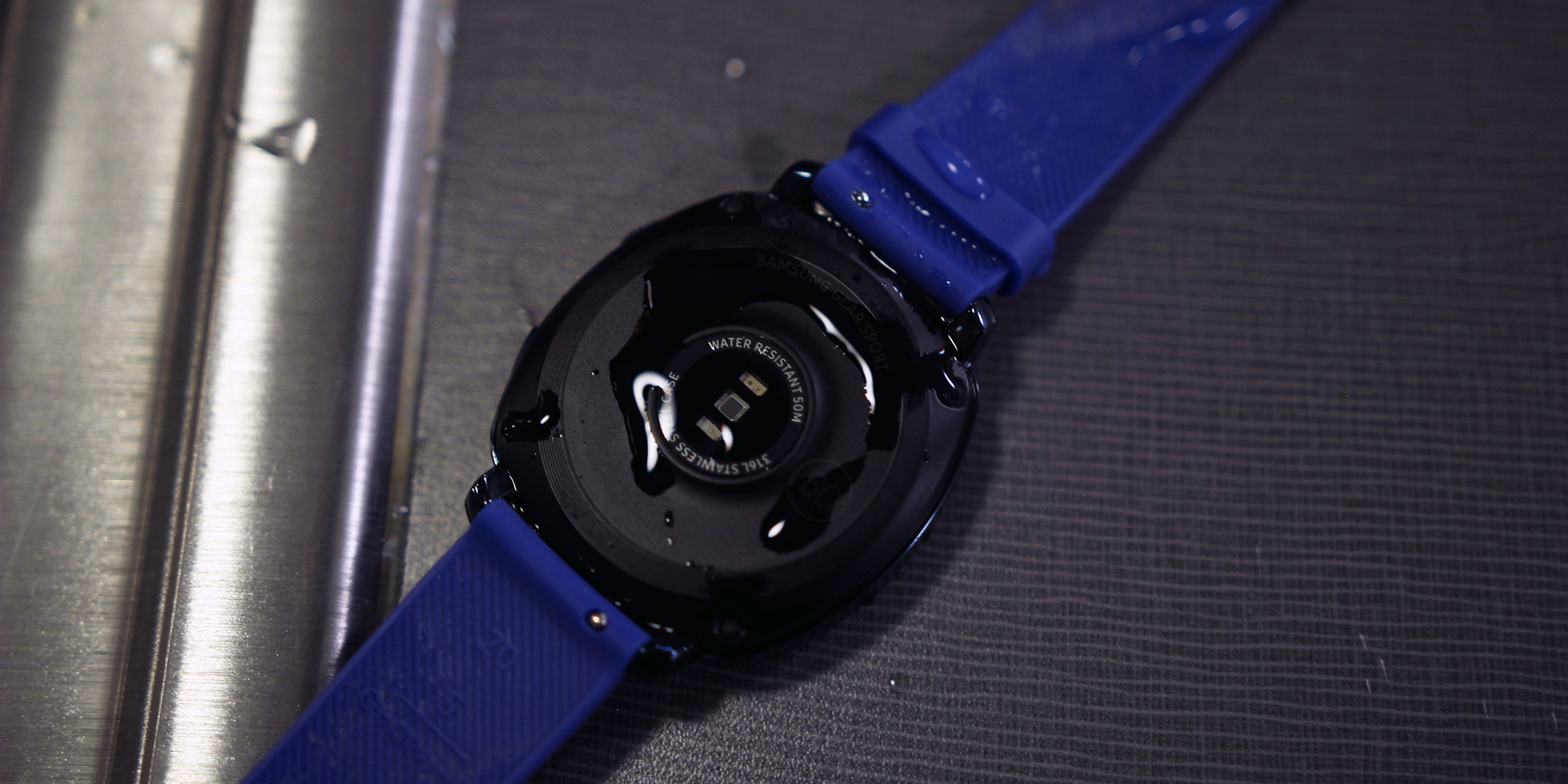 Bridging the gap between fitness tracker and smartwatch

There’s been a divide in the wearable market for quite some time between those who want a smartwatch for notifications and apps, and those who want a fitness tracker. There have been some that have attempted to bridge the gap, but the Gear Sport does so without any compromises to the overall smartwatch experience.

The Gear Sport can track typical things like steps taken, calories burned, and your heart rate, but Samsung has also packed some intelligent features into this watch. For example, it tracks floors you walk up, adding another element to tracking your movement throughout the day. You can even track calories you’ve consumed through the day.

The 1.2-inch AMOLED display on the Gear Sport is another winner as well. The colors are vibrant, blacks are great, and the brightness is stellar. Having a bright display on a smartwatch is crucial for outdoor viewing, and the Gear Sport has no trouble here. In direct sunlight things are a bit tough, but you can still see it.

Android Wear is a garbage fire right now, but Samsung has proved to be a great alternative. The Gear Sport runs on top of Tizen 3.0 which has a refreshed interface compared to that of the Gear S3.

It’s a good look that doesn’t change much as far as the core experience is concerned, and that means you get the same great notifications with actions, quick replies, and the interface controlled by that excellent rotating bezel. In version 3.0, Samsung polishes off the design a bit and even adds some functionality, such as extra quick settings. 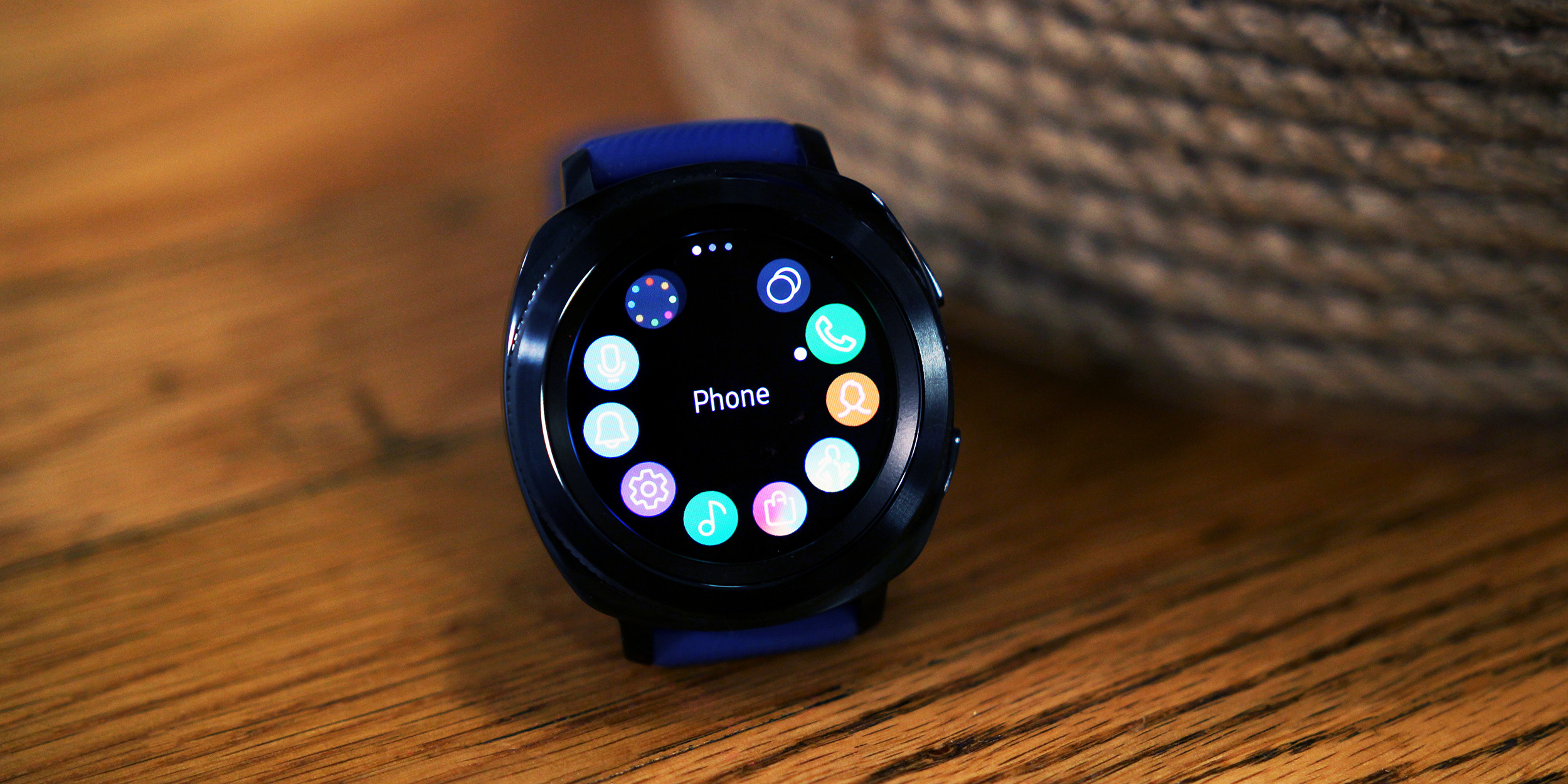 One area Samsung does lack a bit is with app support, but it’s getting better and better. Watch faces are a sore point, but big names such as Spotify are now available on the watch, and that’s just fantastic.

Fitness features that get you moving

One of my favorite aspects of Samsung’s software on the Gear Sport, though, has to be the fitness reminders. As someone who spends the majority of their day sitting at a desk typing, it’s nice to get a reminder once in a while for a quick, non-intensive exercise that gets me out of a chair for a minute.

Two days on a charge, no problem

Battery life is a concern on most wearables, and the Gear Sport isn’t really an exception. What is nice, though, is that you can easily get two days out of this watch. At one point, I was able to get two long days worth of power out of the watch without charging, and late on the second day when I finally got it on a charger, it was still at 15% remaining. 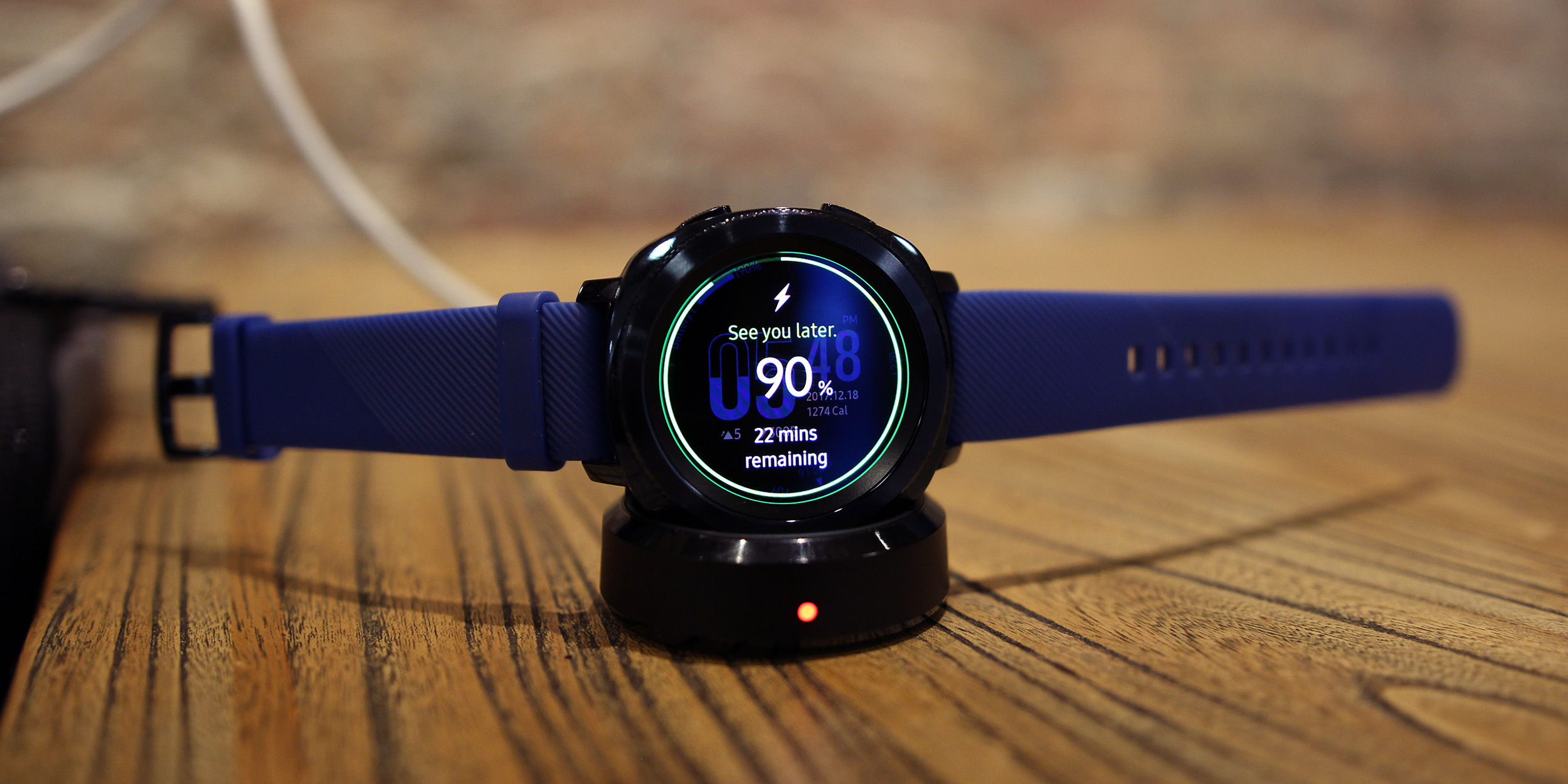 When it does come time to charge up the Gear Sport, you’ll do so without wires. Simply toss the watch onto the included wireless charging dock and you’re good to go. I do wish, though, that Samsung would adopt USB-C on the dock. Further, it’d be nice if Samsung stuck with standard Qi charging on the watch itself, as not having that ability can be annoying if the dock is ever misplaced or forgotten on a trip.

Pricey, but a worthwhile purchase

If you’re looking for a smartwatch right now, I don’t think you can do much better than the Samsung Gear Sport. It’s a compact and capable wearable that works great with any Android phone. It’s full of useful features, especially when it comes to fitness.

However, you’ll hand over a pretty penny for this experience, as the Samsung Gear Sport asks a hefty $299. We’ve seen discounts that bring it down to around $250, but this is a premium wearable at a premium price. If you ask me, though, it’s worth it considering this is probably the best smartwatch for Android available right now.