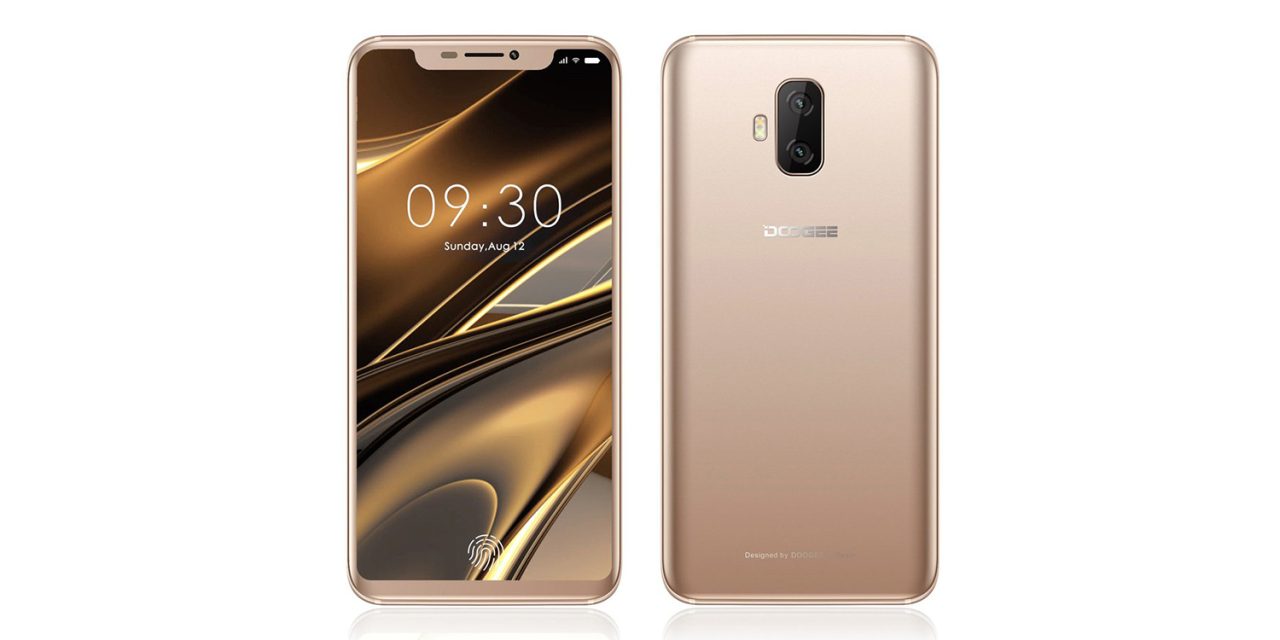 It’s not uncommon at all for smartphone manufacturers to pull from the competition for ideas, but some makers copy other brands with no restraint at all. Now, a new smartphone is coming to the market from Chinese manufacturer Doogee, and it pulls ideas from everything…

The Doogee V is an upcoming Android smartphone for the Chinese market which has a lot going on with its design. First, let’s focus on the display. As Evan Blass points out in his tweet, the V has a 6.2-inch display, and that panel is surrounded by very minimal bezels. That’s pretty run of the mill for an Android smartphone in 2017/2018, but there’s clear inspiration here from the iPhone X.

Not only do the corners of the display look very much like the X, but Doogee has copied the “notch” up top, albeit this time in gold. There aren’t a top of sensors housed up here like on the X, but rather just a speaker, camera, and ambient light sensor. The last important note about the display here is that it packs a fingerprint sensor underneath, something we’re hoping to see a lot in 2018…

iPhone X similarities out of the way, the Doogee V pulls inspiration from one other notable device — the unannounced Galaxy S9. So far we’ve only seen leaks of Samsung’s early 2018 flagship, but that hasn’t stopped Doogee from copying those exactly to craft the design of this phone. There’s a glass panel on the back with a dual-camera array stacked vertically, looking just like S9 leaks.

Imitation is the sincerest form of flattery, right?