While lacking on major user-facing changes, the latest beta version of Gboard hints at a number of exciting features in development. Version 6.9 reveals that Gboard is working on Smart Reply suggestions for incoming notifications, a new keyboard, and more about the “Make your own GIF” feature.

Smart Reply is found in countless Google apps, like Allo, Gmail, and Inbox. These intelligent suggestions based on the preceding messages are now coming to Gboard. When replying to notifications from the shade, the keyboard app will likely be able to show phrase-length suggestions in the row above the keyboard, rather than just single, next word suggestions.

<string name=”notificationsmartreply_done_description”>&lt;b>%s&lt;/b> will have improved suggestions when replying to the next notification.</string>

Smart Replies will specifically work within Hangouts, Android Messages, Google Allo, Facebook Messenger Lite, WhatsApp, Snapchat (update: which at the moment, does not display the text of messages in notifications) , Facebook Messenger, and Tencet:

To activate, users will need to give Gboard “Notification access” in system settings.

<string name=”notificationsmartreply_set_permissions_description”>Select &lt;b>%s&lt;/b> in your Notification access settings to get improved suggestions when replying to notifications.</string>

In version 6.8 last November, we spotted Google working on a feature that would let users make their own GIF stickers within Gboard. The latest beta details more about the functionality, including how users can start recording by tapping a new “Make a GIF” button. If Motion Stills isn’t installed, users will be directed to download it first.

To advertise the feature, Google plays on the nostalgia of the beloved blob emoji that have been resurrected for several versions now as animated stickers.

<string name=”feature_card_make_your_own_gif_description”>To start recording your own GIFs, go to the GIF tab, and click on Make a GIF inside the My GIFs category.

<string name=”feature_card_stickers_everywhere_description”>With Gboard, you now get stickers like our animated blob stickers by default! To share them, just go to the sticker tab!</string>

We uncovered strings for a “Universal Media Keyboard” that can “Search all media.” After activating it, a new icon and tab show up alongside GIF, sticker and emoji search. Possible functionality includes universal search for all of Gboard’s expressive feature, or something more broad, like searching news media and articles. 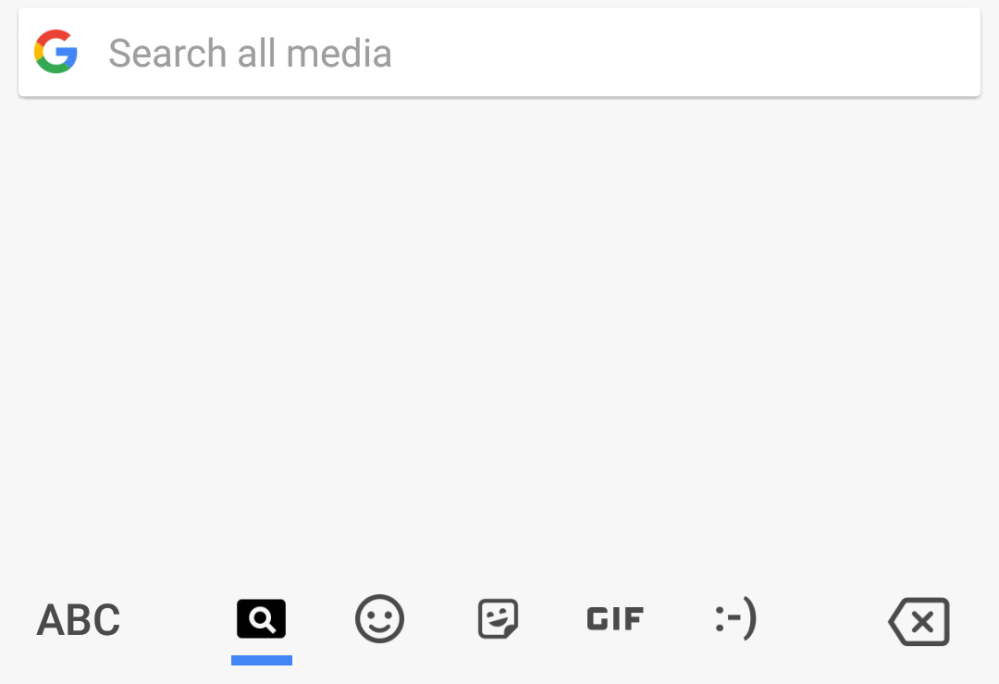 Gboard already features Bitmoji integration since stickers were introduced in version 6.5, but there might soon be a more detailed interface.

<string name=”feature_card_bitmoji_within_gboard_description”>To get started, go to the sticker tab. Click the blue plus icon, setup Bitmoji, and start sharing.</string>

With Gboard adding a ton of new features with every version, the app will soon show a “What’s new in Gboard?” message. After updates, this notification will pop up in the suggestions row, with what’s changed displayed through cards.