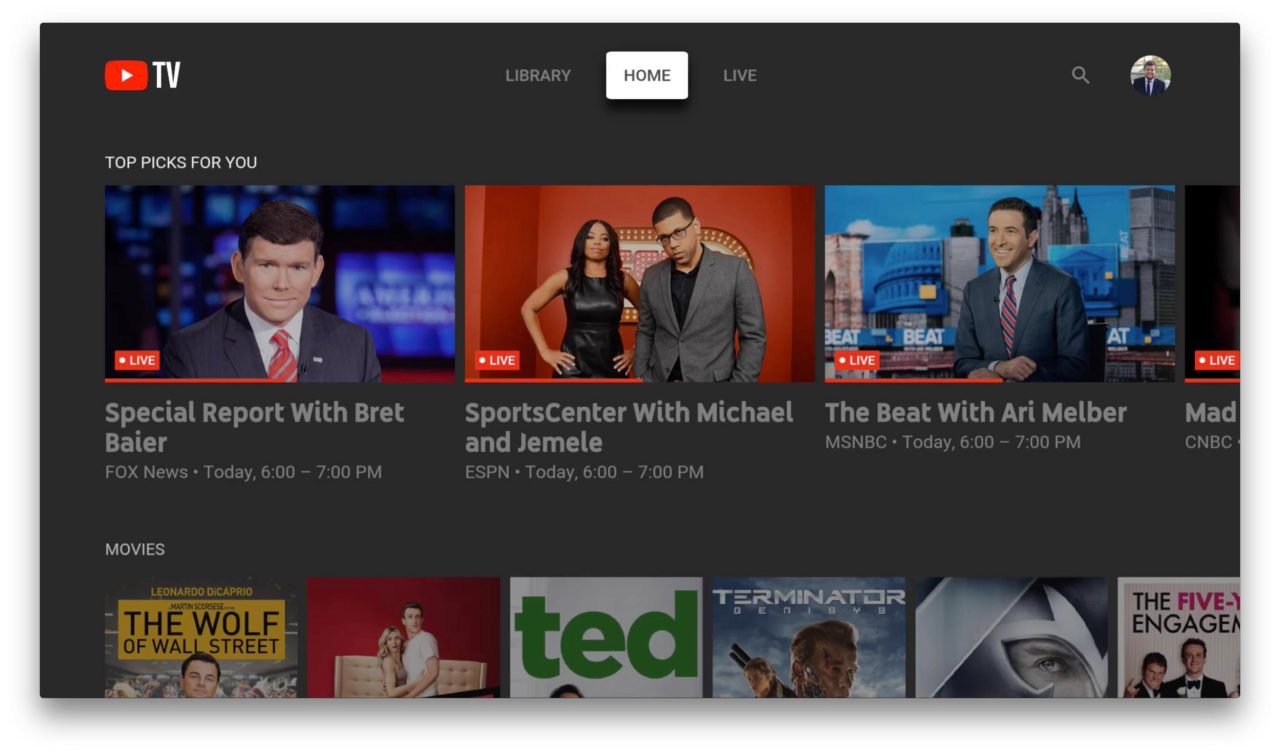 Back in October, YouTube TV announced dedicated clients for smart televisions, gaming consoles, and other streaming devices. The Roku app was delayed until just this morning, with the Apple TV version now also available.

The tvOS app is available for both the 4th generation Apple TV and the recently announced Apple TV 4K. Design-wise, it shares the same UI as clients for Android TV, LG and Samsung smart televisions, Roku, and Xbox.

The app is designed for the big screen with an optimized Live Guide feature and background playback that lets you browse listings without needing to pause. Meanwhile, it has a dark theme for a “cinematic look.”

YouTube TV can be downloaded from the App Store today. Google notes that sign-ups for the cord-cutting service are not available from TV app and directs users to either the website or iOS client.

On Apple devices, YouTube TV costs $39.99 per month (versus $35) and offers 52 channels, including the big four broadcast networks and an assortment of other cable channels. The subscription includes six user accounts featuring unlimited DVR, with apps for the web and mobile. As of last month, it is available in 84 markets across the country.

For a hands-on gallery of the app, be sure to visit 9to5mac.