While the marquee feature of the February security patch for the Pixel 2 is third-party photo apps being able to take advantage of the Pixel Visual Core, this update contains a number of other patches for Google’s latest devices.

These updates are included for affected Pixel devices to address functionality issues not related to the security of Pixel devices.

All four Pixel phones will benefit from Bluetooth call quality improvements on some headsets, while the two newest devices have improved routing when switching audio outputs.

The Pixel 2 and Pixel 2 XL also pick up improved Wi-Fi uplink and camera performance in certain light conditions, as well “device stability after booting in certain situations.” Meanwhile, this update includes a fix for Android Auto Projected issues that we’ve previously reported on.

All Pixel and Nexus devices on the February security patch will benefit from “improved RSA key parsing from byte arrays,” and updated icons in the Settings app.

Lastly, there are a grab bag of changes with some Pixel 2 XL units getting better battery life with this update, while Telus Pixel 2 users should benefit from improved data performance. The February security patch will be rolling out over the new couple of days. 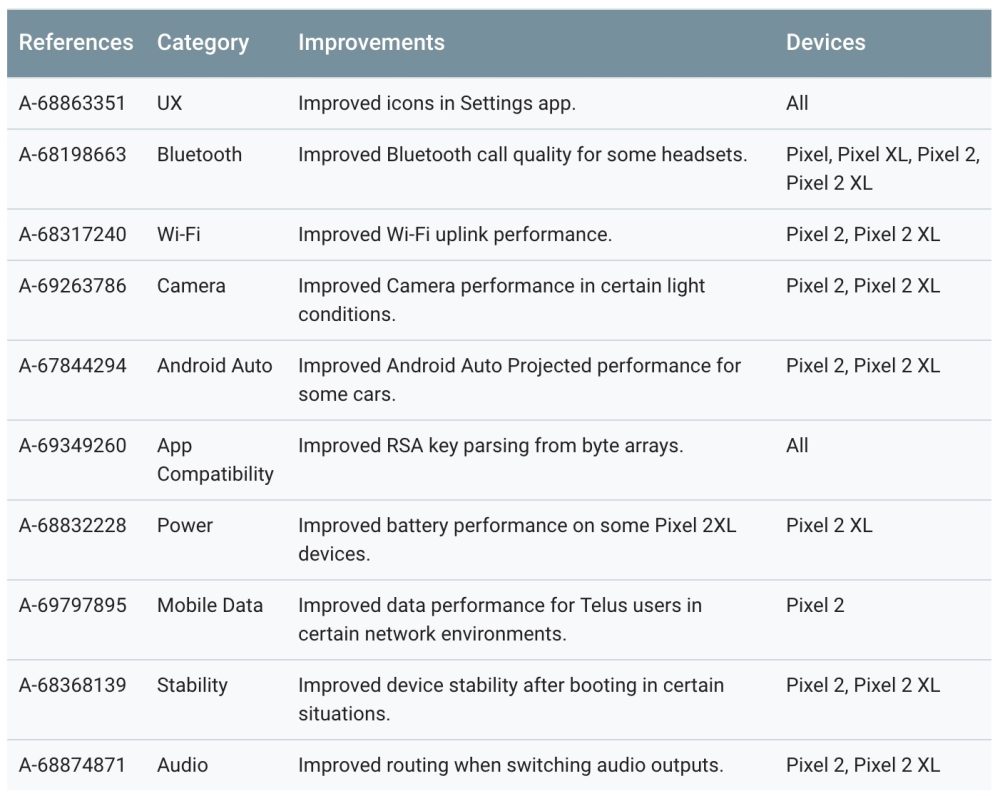