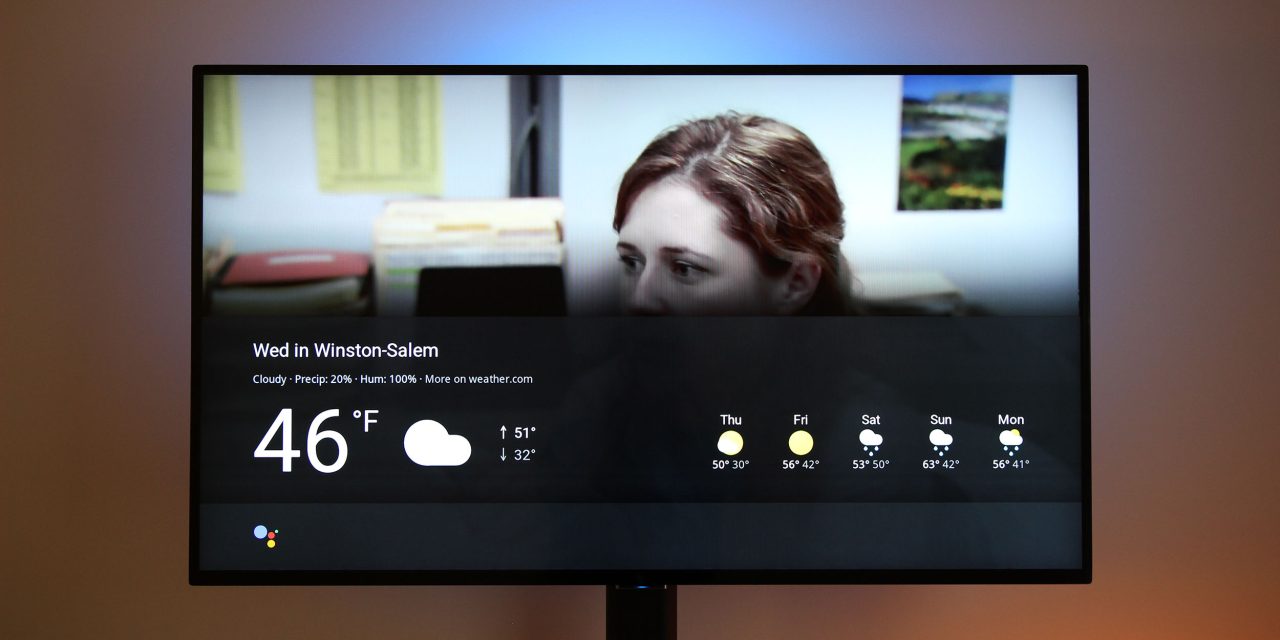 Back at I/O 2017, Google showed off a lot of new features that would eventually be heading to speakers powered by the Assistant. However, as of late last year, a lot of those still weren’t enabled. Now, though, they seem to be slowly rolling out, and the latest is visual responses on connected TVs.

Visual responses were revealed briefly at I/O, with the idea that audio-only responses were not necessarily enough for certain things. For example, asking for calendar events or weather give a lot of useful information when provided over audio, but a visual component helps things make a lot more sense.

Now, those visual responses are rolling out, at least, they’re starting to. First spotted by some eagle-eyed Reddit users (via Android Police), Google Home is now able to display weather information on your TV.

Simply saying “Hey Google, show me the weather on my TV” should show an overlay that displays a forecast for your area as well as the current conditions over whatever you’re watching while the speaker reads off the information.

This functionality seems to be in its early days, so it’s a bit picky. For one, it doesn’t seem to work with all devices that support casting. My Vizio TV with Chromecast built-in refuses to show it, and the Nvidia Shield TV connected to it brings back an error. However, when connecting to a Chromecast Ultra, it works perfectly. It is worth noting, though, that it does also work with third-party Assistant speakers.

If you’re in the US, this functionality should be live now, but so far, it doesn’t seem to work in other countries. Hopefully, we’ll see Google open this to more regions and more Cast-compatible devices in the coming weeks.