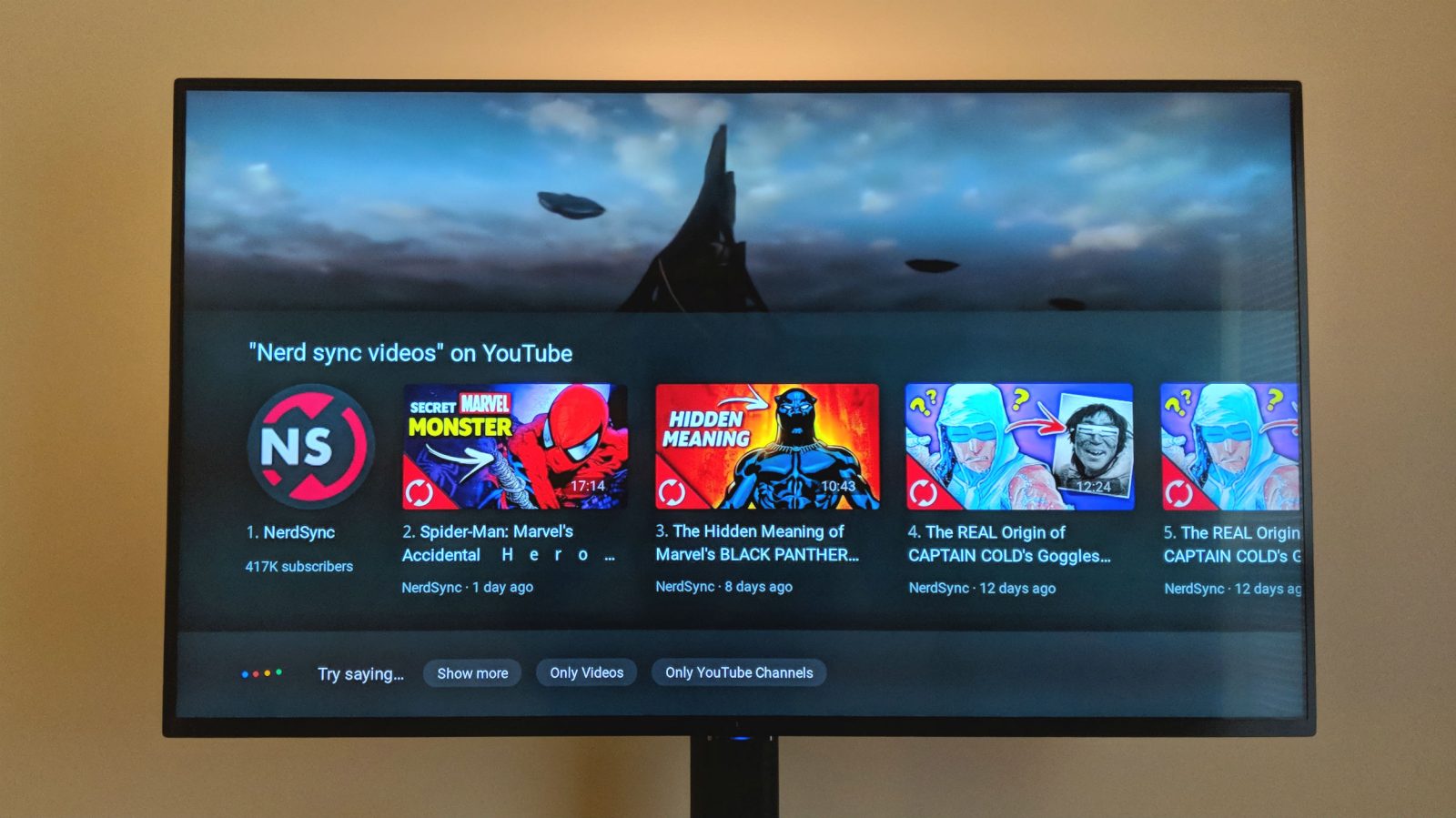 One of the features we were excited to see following Google I/O last year was Google Home visualizations on Chromecast. While it took a while to debut, Google finally launched that functionality in recent weeks, and now, it’s expanding even further.

To kick things off, Google’s visualizations started with being able to see weather forecasts on your Chromecast while watching content. Handy no doubt, but there was a lot more we wanted as well.

Now, Google Home’s second visualization allows you to view YouTube results right on your screen to find the video you want. Simply say something like “Hey Google, show me 9to5Google videos on YouTube on bedroom TV” and the visualization should pop up.

From there, the mic on your Assistant speaker will automatically turn back on, letting you select a video or scroll through the list with your voice. Previously, this functionality didn’t exist, and asking that question simply started playing a list of videos.

This functionality seems to have been rolling out over the past few days as noted by some Reddit users, but it may not be showing for all just yet. It’s also important to note that you’ll need a current generation Chromecast (my testing was with a Chromecast Ultra) and any Assistant speaker to try this out.