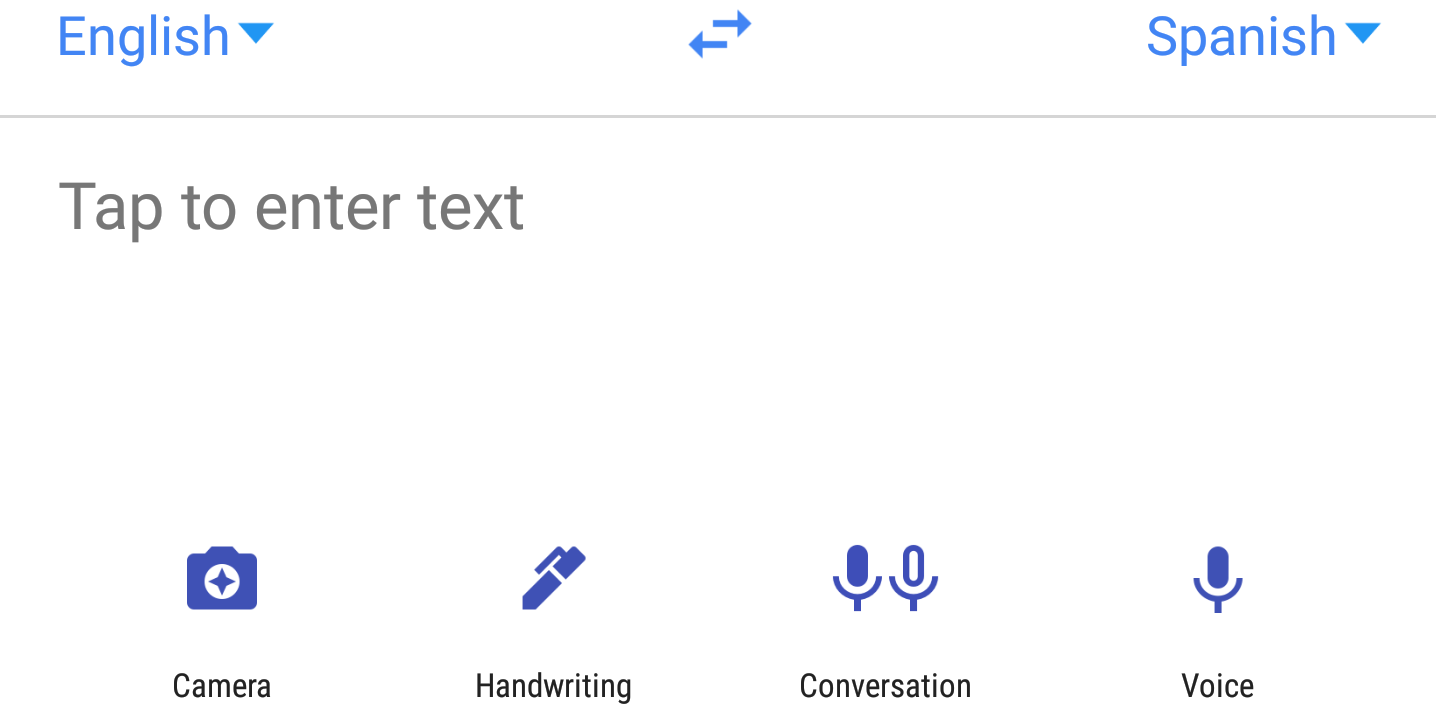 Version 5.16 of Google Translate began rolling out earlier last month with only minor changes to settings. However, as part of a server-side update that occurred recently, the app has redesigned its primary translation controls with a focus on simplicity.

The main translate interface for the app now features four prominent buttons to access the camera and handwriting modes. These buttons have larger icons compared to the previous version and adds text labels.

While the older interface was already obvious, this new design takes out any guess-work, especially in regards to voice translations. There is now a new icon for Conversation mode to launch the dedicated two-person interface.

Meanwhile, there is a new voice interface that simply allows you to verbally enter text for translation into the main box. Previously, users would have to bring up their keyboard and access voice input from there.

Tapping the right-most icon launches a listening panel, as well as a quick shortcut to open the Conversation mode if needed.

Version 5.16 of Google Translate finished rolling out via the Play Store last month, but these new controls are more recent and likely occurred over the past week. It is now fully available and applies to previous versions of the Android app.