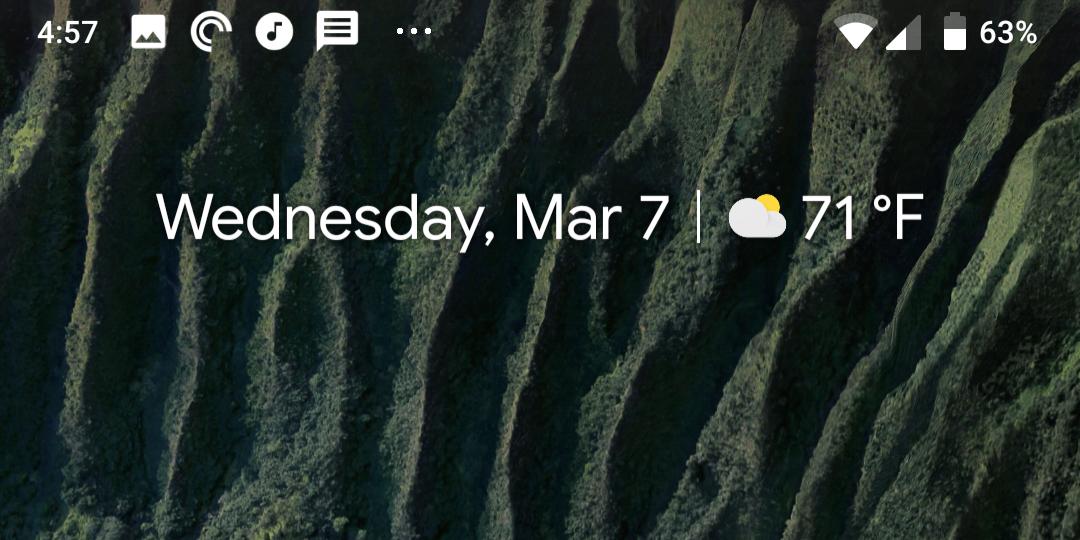 With Android P, Google officially acknowledged the pervasive, upcoming trend of displays with notches. The OS allows apps to take full advantage of unique screen, while the time has been moved to the left-hand side. However, for now, this support is coming at the detriment of existing non-notch phones.

When a status bar overflows with notifications on Android, Google has long displayed a little dot to note that there are more icons than can be displayed. Up to three dots can be shown before users lose count of how many notifications they have.

With a notch located in the middle of the status bar, it makes sense for notification icons on these devices to stop halfway through.

However, this behavior is even applied to non-notch devices on Android P DP1. On the Pixel 2, notifications begin to truncate after only four icons in the status bar. With the three dots, only a maximum of seven notifications can be displayed in what greatly restricts the status bar.

This virtual placement of a pseudo notch on regular displays is likely just a bug associated with the first developer preview. However, if it isn’t, it would be a gross misuse of space that penalizes full-screen devices for no real reason.