Android P is full of lots and lots of small tweaks and redesigns that we’ve covered in-depth this week, but as the week closes out, let’s take a closer look at some of the biggest changes…

One of the first big features we noticed in Android P was a new screenshot editor. Screenshots in Android have always lacked in functionality, but with Android P we get the addition of “Markup.” We mentioned earlier this week:

There are basic controls for cropping an image, as well as doodling with two tools: a pen and a highlighter. Unfortunately, you cannot adjust the thickness of either instrument at this time. There are also undo and redo buttons in the toolbar that auto hide as you draw.

This would be handy on any version of Android, but unfortunately, most users won’t see Android P for quite some time. Thankfully, someone has already ported this functionality to other versions of Android.

It’s not often we see fundamental changes to Android’s core features, but in Android P we got one of those with a new volume slider. Not only has it moved from the top of the display to the side, but it packs a lot of changes as well, as we detailed earlier this week:

First and foremost, there’s a new button underneath the volume slider itself which toggles between different ringer modes. It has options for ring, vibrate, and mute. The volume icon beneath the slider can also be used to quickly mute the volume.

The most notable feature here, however, is the new “media output” option. Using this, users have quick access to their wireless audio accessories. By tapping this button, you can connect or disconnect to paired Bluetooth devices without ever going into the settings menu. Worth noting is that, when you disconnect, that device still stays in this menu.

Android P hasn’t focused so much on headlining features as much as it has cleaning up the visuals. One of the most obvious changes can be seen in the notification tray, as well as the quick settings.

The first notable change is in the notifications themselves, which now have a rounded look. At the top and bottom of the shade, the corners are rounded off, with a subtle line separating each notification.

Google has also given the quick settings menu a brand new look. The white color scheme sticks around, but this time the buttons have a new look that better shows off when that functionality is turned on or off. 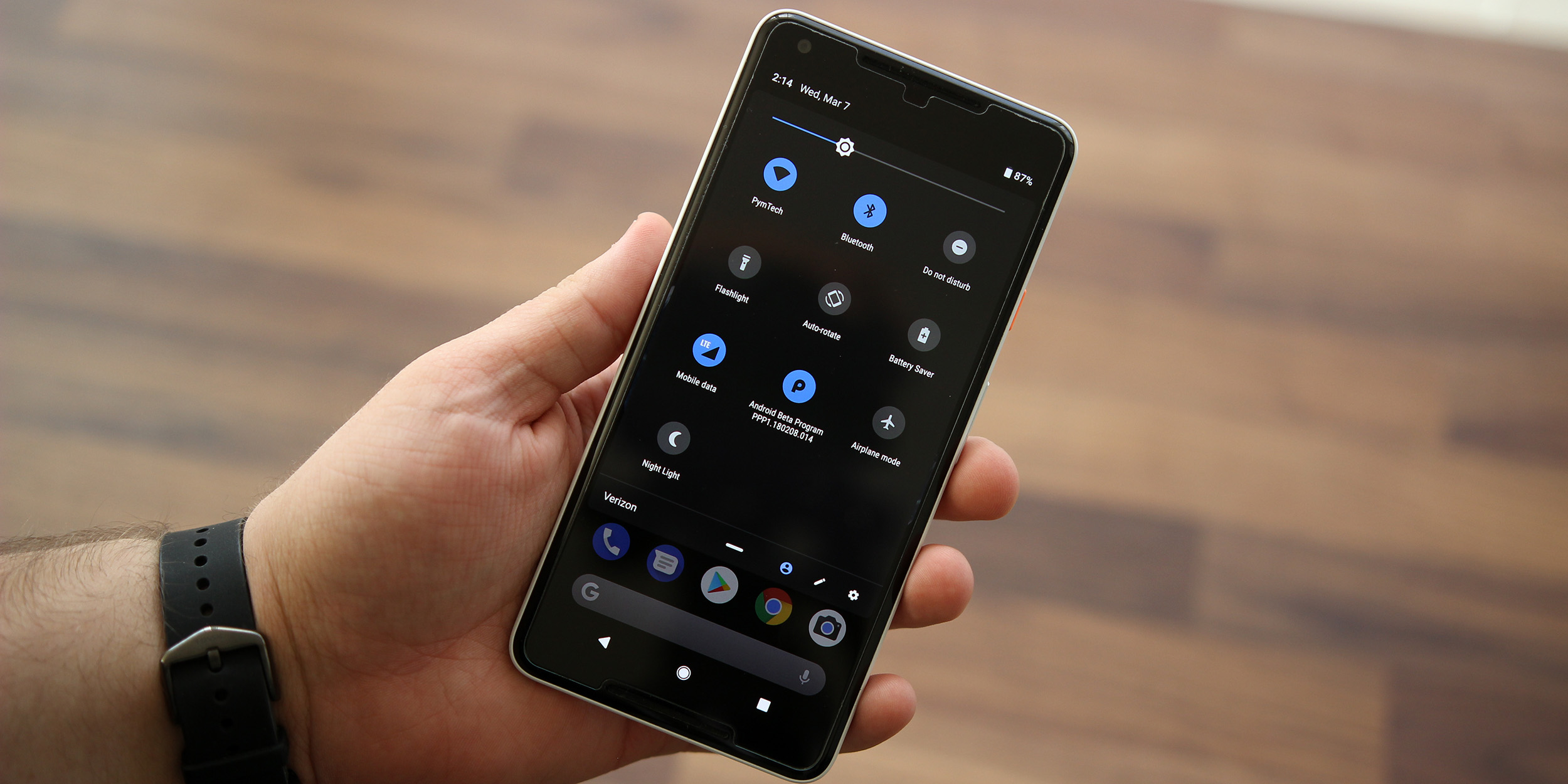 Another area Google changed up in Android P is the settings menu, which gets a fresh coat of paint… again. Where Nougat and Oreo cleaned up the menu bit by bit, P goes on top of that with a welcome splash of color.

Gone are the stale white/blue color palettes of Oreo, exchanged for a new menu that adopts a lot more color. In this version, each section within the settings app gets a new icon, each with its own color.

Beneath the surface not much has changed, but these colors certainly brighten up the otherwise somewhat dull menu. In some sections, such as accessibility, icons within also get the same treatment. 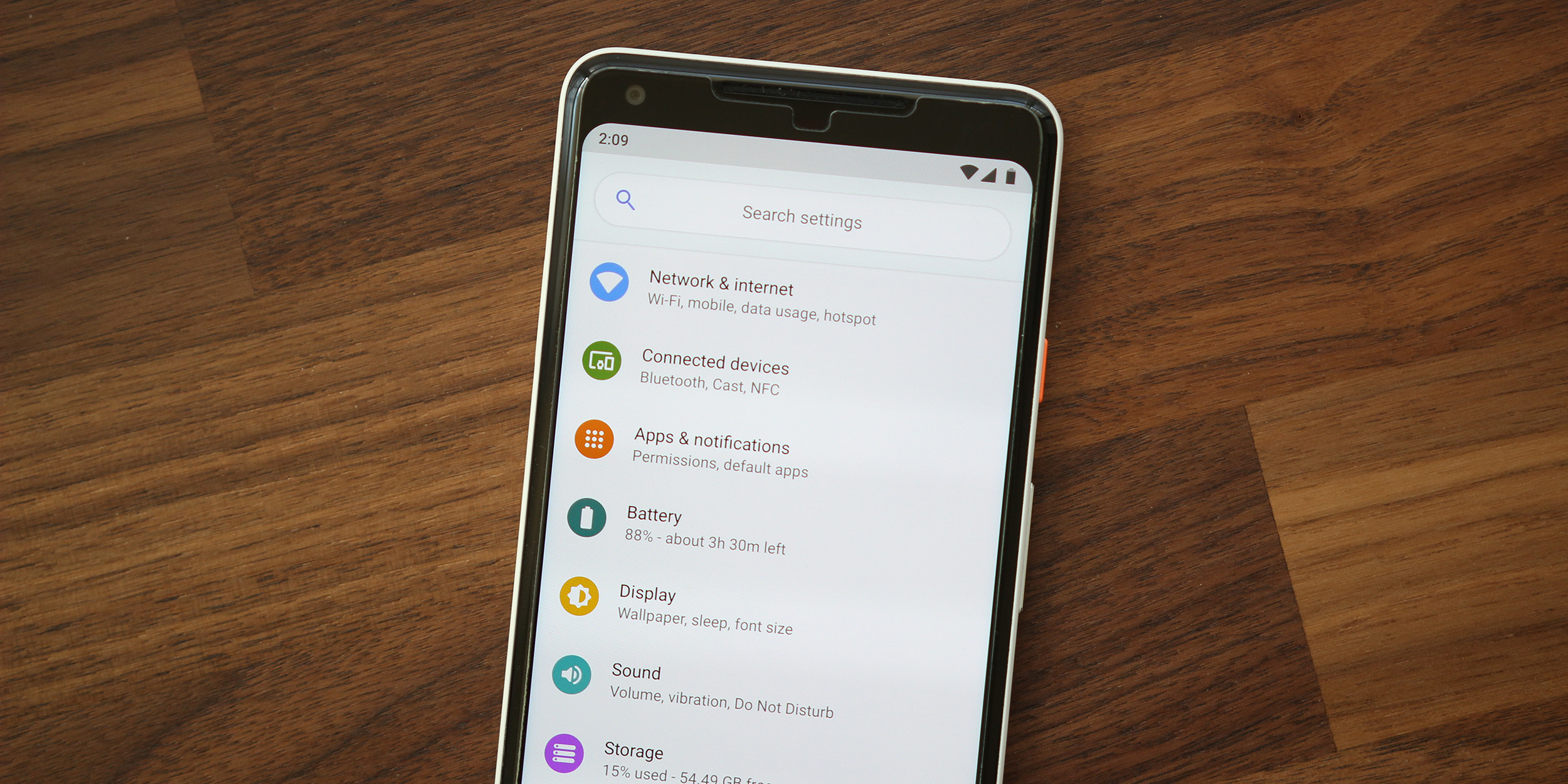 This last one is absolutely my favorite feature of Android P. A new contextually aware button can appear in the navigation bar to allow temporary rotation of the screen, even when rotation is locked. This is an incredibly handy feature that I’ve already been using a ton.

This new button alongside the rest of your typical navigation keys appears when your device is rotated to an orientation it’s not currently locked to. For example, if the device is locked to portrait mode and you try to rotate it to landscape, the button will appear. Pressing it locks the phone to landscape, but only while you are in that app or until you rotate the phone back to portrait and press the button.