Alphabet and Amazon are fierce competitors with several areas of increasing overlap. This includes the enterprise cloud market, smart assistants, and now home delivery. Today, the retailer overtook Alphabet in terms of being the more valuable company, with Google’s parent dropping to the third place ranking.

As of Tuesday afternoon (via CNBC), Amazon now has a market value of $766.3 billion versus Alphabet’s $762.7 billion. The former rose 2.4 percent in trading today, which is reflective of a 35 percent stock rise just this year, while growing 85 percent in the last 12 months. Meanwhile, in fourth place is Microsoft with a $717.1 billion valuation.

Investors are especially focussed on Amazon’s cloud business, which Google Cloud is trying to combat with Cloud Platform and G Suite services. In recent years, Amazon has been expanding into other areas like original content and more recently physical stores.

Meanwhile, YouTube and its Red subscription service are competing with Amazon Prime Video, which has the lead thanks to award winning shows. The two, of course, are very actively engaged in the smart speaker space with Google Assistant and Home catching up to Alexa’s early lead. 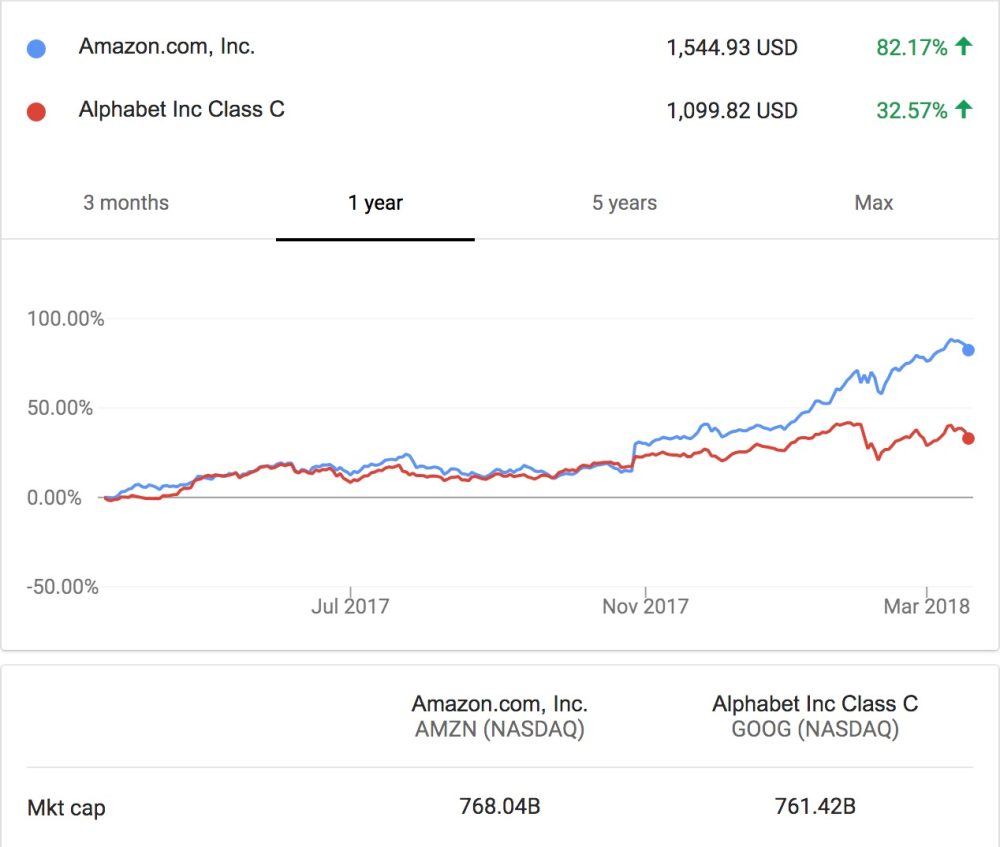 Lastly, Google is beginning to make inroads against Amazon’s core retail business. Partnering with the likes of Target and Walmart, Google Assistant is working to provide home delivery and easy shopping via tools like voice search.

This tussling has led to several conflicts as best evidenced by YouTube not being available on the Amazon Fire TV and Echo Show due to Amazon not selling Chromecasts, Nests, and other Made by Google products.