At the start of the year, it was largely unclear what LG had in mind for 2018. Now, post-MWC, we’ve been getting more and more details. Today, though, LG is officially announcing the name of its next flagship, and when we’ll see it debut…

In a blog post this morning, LG officially announced that it would be hosting an event on May 2nd in New York City where it would unveil the “LG G7 ThinQ,” with a public event in Korea on May 3rd.

There aren’t any other details of the phone revealed in this post, except confirmation of the name and several mentions of the AI focus this device will offer, just like the LG V30S that carried the same name.

Just ahead of LG’s announcement, the first press renders of the phone hit the web courtesy of Android Headlines. This latest shot of the phone gives us a clear look at the design on the front and back.

Up front, there’s the same notched display we saw at MWC with questionably thick bezels on the bottom and top. With those bezels and the notch, users are undoubtedly going to be questioning LG’s design choices this time around. There’s also a glass back that comes in several colors with a fingerprint sensor and vertically oriented camera in tow. 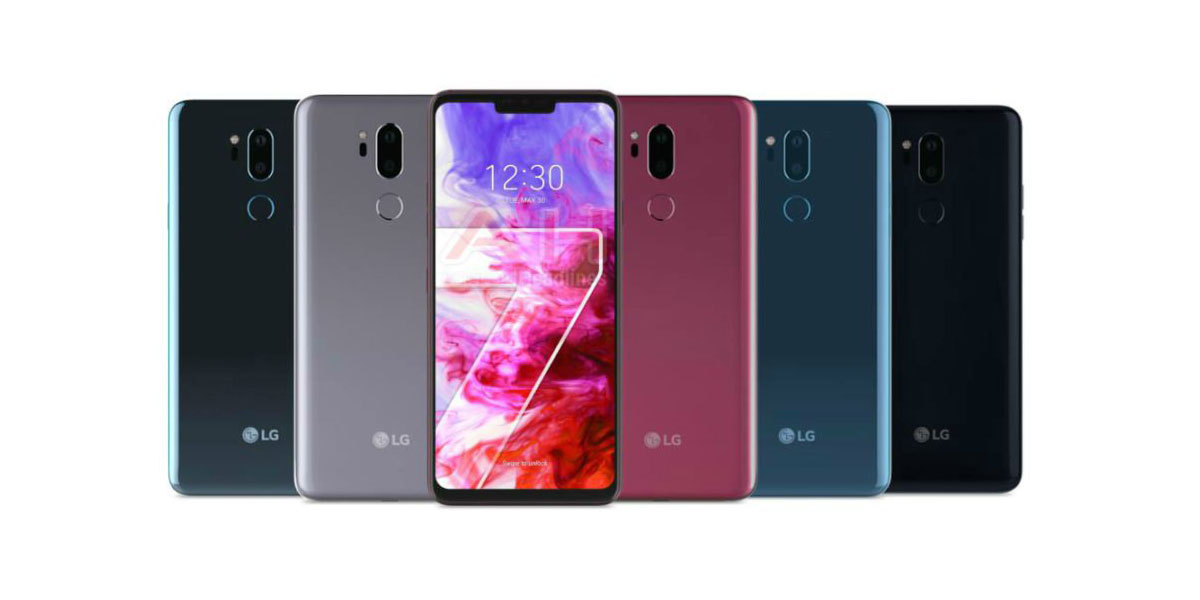 According to the report, LG will be launching the phone in Aurora Black, Platinum Grey, Moroccan Blue, Moroccan Blue (Matte), and Raspberry Rose, but it’s unclear which markets those colors will be available in.

The LG G7 ThinQ might have a wonky name and some questionable design choices, but it’s shaping up to be an interesting option for 2018. We don’t have long to wait until its debut, so what are your thoughts? Are you going to try this one out? Drop a comment below and let us know!