Reaction to Zuckerberg’s testimony to Congress mixed, but Facebook shares close 4.5% up 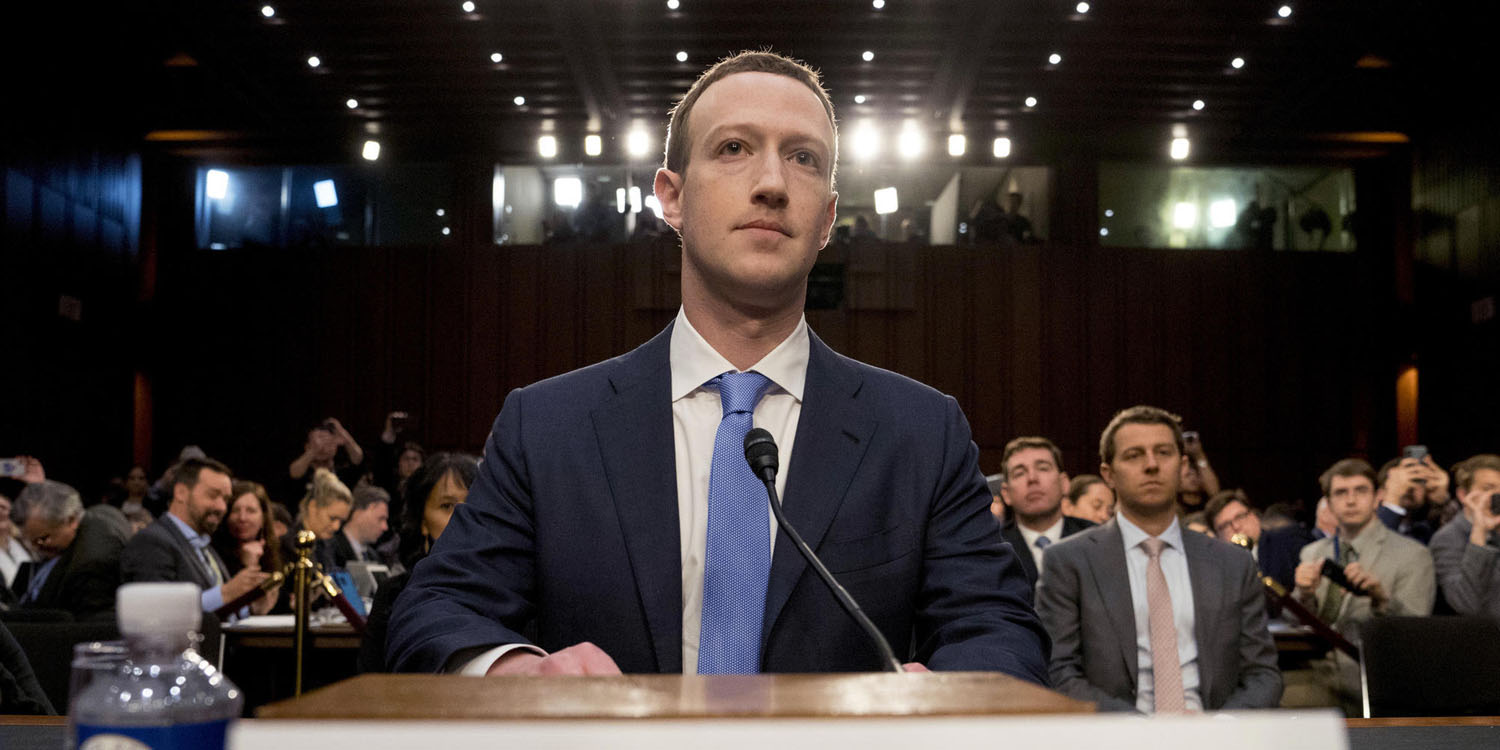 Our sister site 9to5Mac provided a roundup of some of the key take-outs from Facebook CEO Mark Zuckerberg’s testimony to Congress yesterday – including some of the things he didn’t say, thanks to a photograph of his briefing notes.

Reaction to Zuckerberg’s responses have been mixed, but investors seemed satisfied as Facebook stock closed 4.5% up on the day …

Reuters noted this was the firm’s biggest daily gain in more than two years.

Not everyone was as pleased with the CEO’s performance, however.

Democratic Senator Kamala Harris, from Facebook’s home state of California, asked a line of questions about whether Zuckerberg or his senior executives considered notifying Facebook users of the data breach. She was among the lawmakers dissatisfied.

“Mark Zuckerberg’s failure to answer several critical questions during his appearance before the Senate today leaves me concerned about how much Facebook values trust and transparency,” she wrote on Twitter.

Democratic Senator Tom Udall also failed to get the yes or no response he wanted on whether Zuckerberg would lend his support to the Honest Ads Act, which would compel Facebook and others to reveal who was paying for political advertising on the platform.

“Are you going to come back up here and be a strong advocate to see that that law’s passed?” asked Democratic Senator Tom Udall.

“Senator, the biggest thing I think we can do is implement it,” Zuckerberg responded, saying that Facebook already planned to comply voluntarily.

Udall pressed: “I’d like a yes or no answer.”

Zuckerberg again demurred, saying: “I’m going to direct my team to focus on this.”

Five crisis management experts approached by the WSJ gave him mixed reviews. One gave him an A+, another said he was ‘damn good,’ while a third said he seemed incapable of showing compassion and a fourth said his testimony was a ‘missed opportunity.’ The final one said he did as much as he could.

It is clear that he would rather be having a root canal than testifying before Congress […] While I don’t believe that Mr. Zuckerberg is the best spokesperson, he is clearly prepared and there was no option for someone else to attempt to be the face of Facebook.

CNET rounded-up some of the most stinging attacks made on Zuckerberg by senators, including this one from Sen. Dick Durbin, a Democrat from Illinois:

Mr. Zuckerberg, would you be comfortable sharing with us the name of the hotel you stayed in last night?

If you messaged anyone this week, would you share with us the names of the people you’ve messaged?

Zuckerberg: Senator, no, I would probably choose not to do that.

Though Vox noted that some of those asking questions appeared to have little understanding of how Facebook works.

More notable were the questions senators asked, which were, at times, inconsistent or confused about basic topics.

“How do you sustain a business model in which users don’t pay for your service?” Sen. Orrin Hatch (R-UT) asked Zuckerberg early on in the hearing.

Sen. Brian Schatz (D-HI), 45, repeatedly asked Zuckerberg whether Facebook could see emails he sends on WhatsApp, which Facebook owns. You don’t send emails via WhatsApp, and WhatsApp is encrypted, meaning it can’t be accessed by outside parties.

Re/code gave what may be the best summary of the day.

Zuckerberg’s testimony was rather … dull […] I don’t think anyone would watch this and be more angry with Facebook than when the hearing started. And that seems like a win.

The Washington Post has a full transcript of Zuckerberg’s testimony.