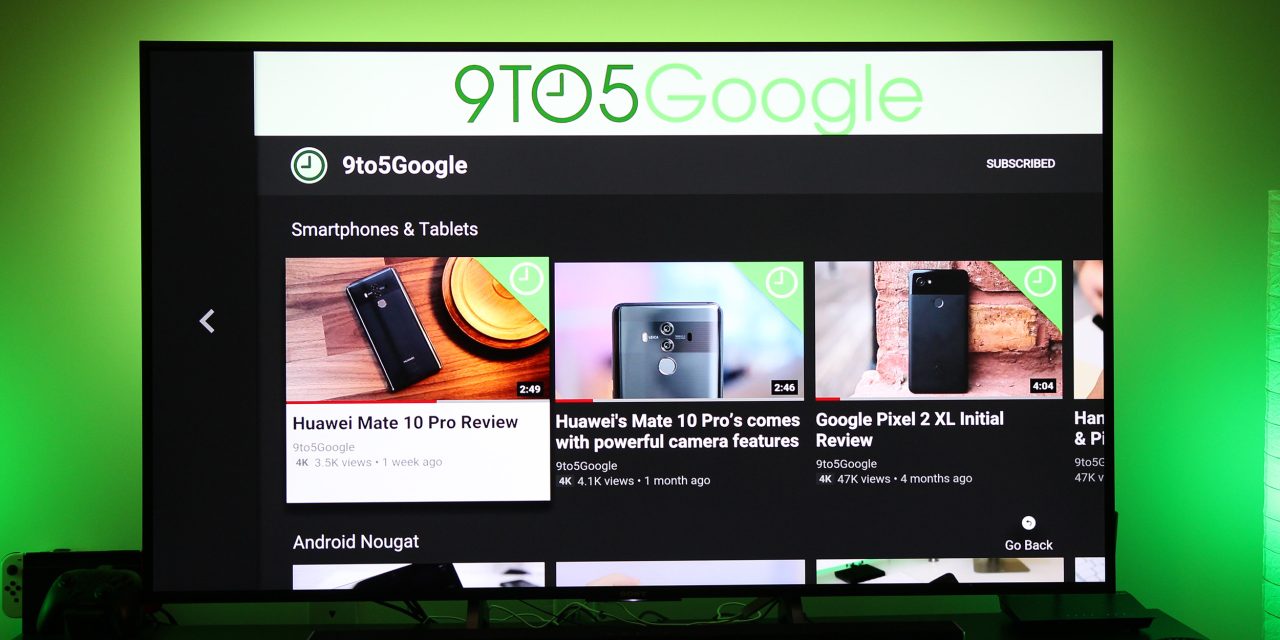 While all the YouTube attention may be centered on the upcoming music streaming service, the Google company last night announced new ways for advertisers to target television viewers. Revealing an interesting trend, new ad types will help those who watch YouTube on the big screen.

The domineering shift to mobile in recent years has caused users to watch more YouTube on phones and tablets than on desktops. However, in 2018, another transition is underway with viewers returning to watching video on television sets.

YouTube explains that this is due to the rise of rich YouTube apps and experiences on set-top boxes, gaming consoles, streaming devices, and smart TVs. This second shift and television medium garners over 150 million hours of watch time per day and is YouTube’s fastest growing screen.

Advertisers want to get in front and cater towards this audience, with Google building new capabilities to allow them to do so. A new “TV screens device type” will compliment the existing computers, mobile phones, and tablets in the coming months. This new screen type will be available in Google’s AdWords and DoubleClick Bid Manager.

Another trend is the rise in cord cutters, with Google also adding a new “light TV viewers” targeting segment to AdWords.

Advertisers will be able to reach people who consume most of their television and video content online and might be harder to reach via traditional media. This audience is reachable on YouTube across computers, mobile, tablets, and TV screens.

The last new ad type is for YouTube TV, which reaches over 85 percent of U.S. households in nearly 100 cities. In time for the upcoming broadcast season later this year, advertisers will be able to access full length TV inventory, including shows on cable networks, in Google Preferred.

This means advertisers will be able to get both the most popular YouTube content and traditional TV content in a single campaign – plus, we’ll dynamically insert these ads, giving advertisers the ability to show relevant ads to the right audiences, rather than just showing everyone the same ad as they might on traditional TV.