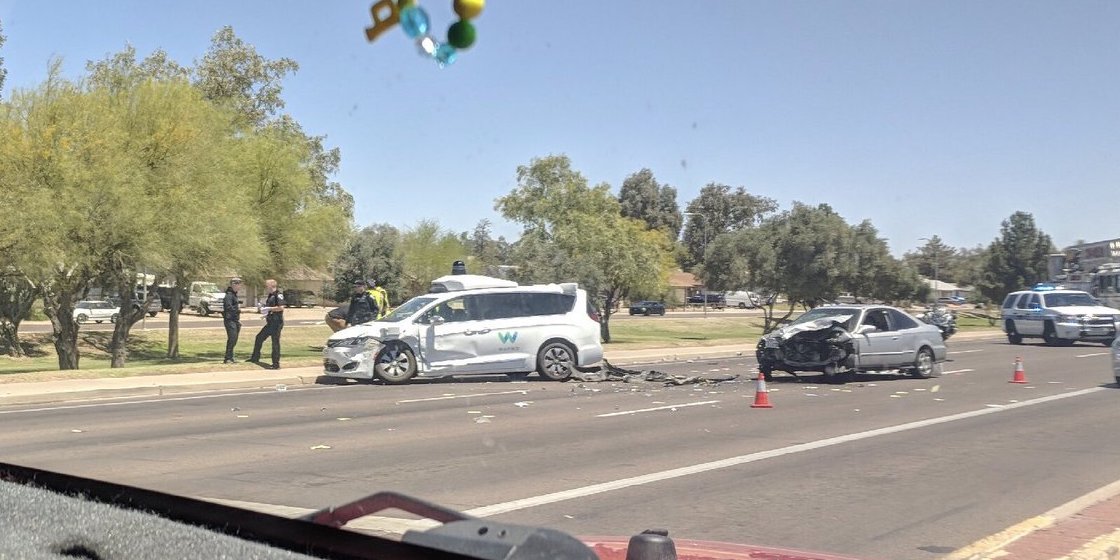 Reports are coming in this afternoon of an accident involving a Waymo Chrysler Pacifica minivan. The crash in Chandler, Arizona only resulted in minor injuries, with early accounts suggesting that the autonomous vehicle was not at fault.

According to local news station ABC 15, a Honda sedan crashed into the Waymo minivan after swerving to avoid hitting another car. The accident took place in the Arizona area where the Alphabet division has been widely testing ahead of a consumer ride service launch this year.

In a statement (via Jalopnik), the Chandler Police Departments describes the Pacifica as driving autonomously at a slow speed. Additionally, a safety driver was behind the wheel when the incident occurred. That Waymo employee suffered minor injuries due to the impact, but that reportedly is the extent of injuries today.

Images from Twitter show the front of the Honda completely totaled with its debris scattered on the road. The front left wheel of the Chrysler is somewhat slanted inward and there is some damage to the front door, but other images show the sliding passenger door operational.

The accident took place at the intersection of Chandler Village Drive and Chandler Boulevard at around noon local time.

Update: Waymo has uploaded a near panoramic video of the moments leading up to the impact.

All the #waymo wreck photos. Who’s at fault? pic.twitter.com/2enlbdeUB8