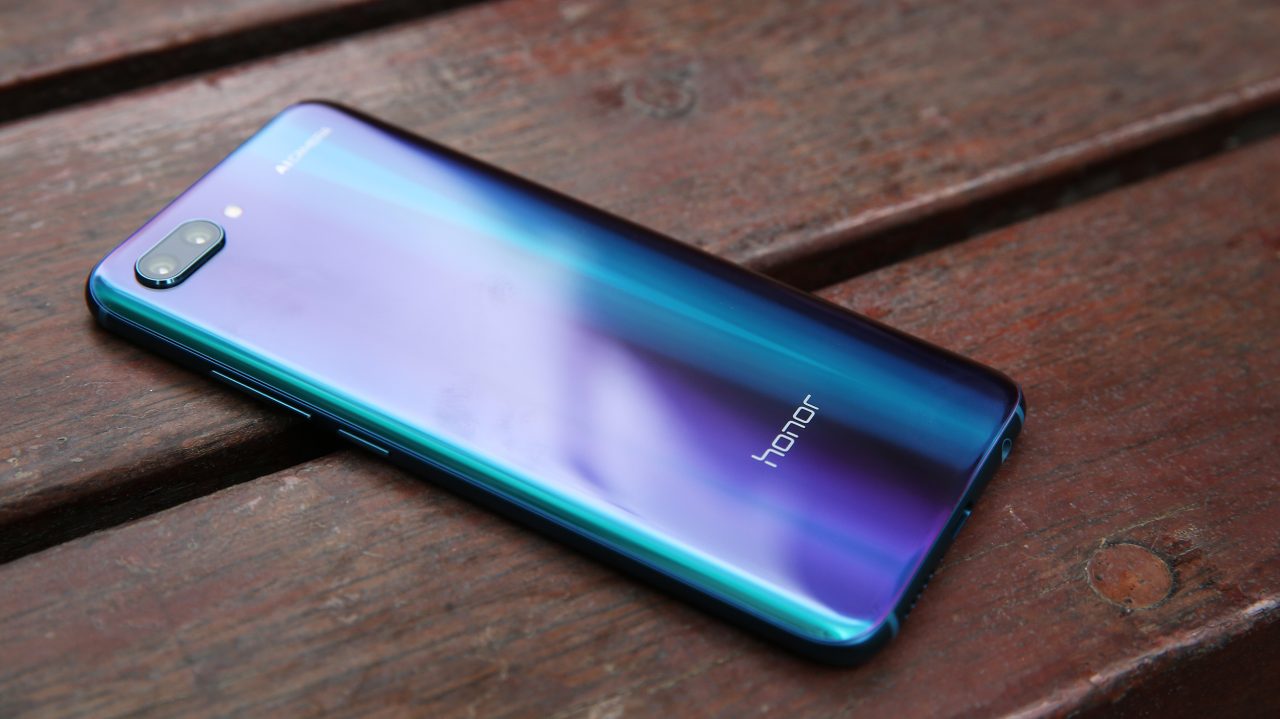 Huawei makes some killer Android smartphones, and the P20 family that was unveiled earlier this year are no exception. However, they are quite expensive. Fear not, though, as Huawei’s sub-brand Honor is now delivering the Honor 10 – a phone packed with the best of the P20 in a package nearly half the cost…

First and foremost let’s talk design, because it’s definitely what will turn heads here. The P20 lineup experimented with colors like we’d never seen before, but in a somewhat subtle way. The Honor 10, on the other hand, plays with super-bright colors and gradients that just look gorgeous.

The Honor 10’s “flagship” color is “Aurora” which changes color based on how light is hitting it. While personally I still prefer the “Twilight” found on the P20, I do love the green/blue/purple setup going on here. Black, “Phantom Blue,” and “Phantom Green” colors are also available.

When you look past the design, though, there’s still a lot to like here. The Honor 10 comes packed with specs, including the Kirin 970 chipset w/ dedicated NPU which powers the Mate 10 Pro and P20/Pro. There’s also 4GB of RAM and up to 128GB of storage, along with a 3,400 mAh battery. Notably, this phone charges over USB-C unlike a lot of Honor’s other devices. 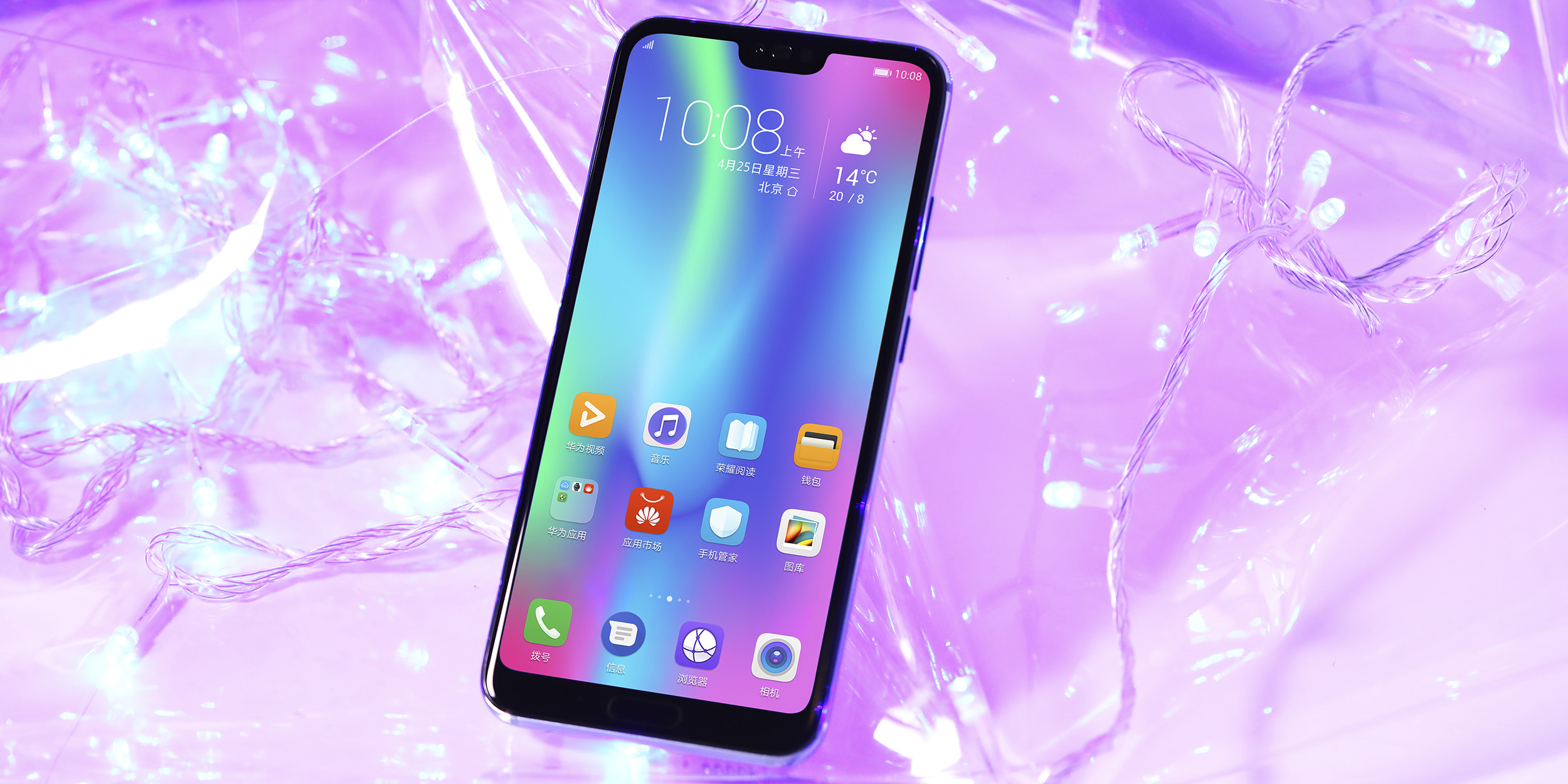 Using the 970’s NPU, the Honor 10 can identify objects in a shot and adjust settings accordingly. Honor also mentions an industry first Semantic Image Segmentation tech on this device which can “identify multiple objects in one single image.”

Circling back to the design, something you’ve probably noticed is the lack of a fingerprint sensor on the front or back of the phone. That’s because Honor has opted to use an ultrasonic fingerprint sensor under the display on the Honor 10, backing it up with facial recognition.

Update: It’s been pointed out that what Honor is using here is not a proper under-display fingerprint reader like we’ve seen on some Vivo devices. Rather, this sensor is under the glass of the home button.

As far as software goes, this phone launches with EMUI 8.1 on top of Android Oreo. There’s even a headphone jack and an IR blaster on this device, both of which are rare nowadays.

If you’re interested in picking one up, it’s available right now across Europe. Pricing starts at €399 in Europe for the 64GB option, going up to €449 for 128GB. In the UK, you’ll pay £399.99 for the 128GB model which is the only one going on sale in that region. That’s about half of what you’d pay for a P20 or P20 Pro, so it’s definitely worth a look if you’ve been in the market for those devices.