There have been rumors, leaks, and even official posts about the OnePlus 6 floating around for quite a while, but today all is official – the OnePlus 6 has arrived. Here’s what you need to know.

The biggest story with the OnePlus 6 is the hardware, as the company has introduced one of its biggest changes in years. Instead of the metal design we’ve seen since the OnePlus 3, the OnePlus 6 delivers a glass build, at least with some variants. Interestingly, all models are built from glass, but only “Mirror Black” is shiny. Other variants go for a matte finish which aims for a ceramic feel.

Around front, there’s also a major change to design. OnePlus introduced its first 18:9 display with the OnePlus 5T late last year, and with the OnePlus 6 the display is bigger with slimmer bezels, and more notch. This phone has a 6.28-inch 2280×1080 AMOLED display which is covered in Gorilla Glass 5. Notably, it also has a notch at the top which packs some sensors, an earpiece, LED notification light, and the front-facing 16MP camera which is used for selfies and Face Unlock.

On the back, the OnePlus 6 has another dual-camera setup which has a primary 16MP sensor, and a 20MP sensor to back that up for added detail. Both sensors have an aperture of f/1.7 and feature OIS and EIS for stabilization. It retains portrait mode yet again, and also adds a super slow-motion mode (480fps) which can record up to 1 minute with the slow-motion being applied later on.

As for the rest of the specs, you’re getting a solid package as usual. At the core is the Qualcomm Snapdragon 845 processor paired with 6GB or 8GB of RAM, 64, 128, or 256GB of storage, and a huge 3,300 mAh battery which features Dash Charge.

The OnePlus 6 is also the company’s first device with water resistance, although it’s only against splashes and rain, not submersion. 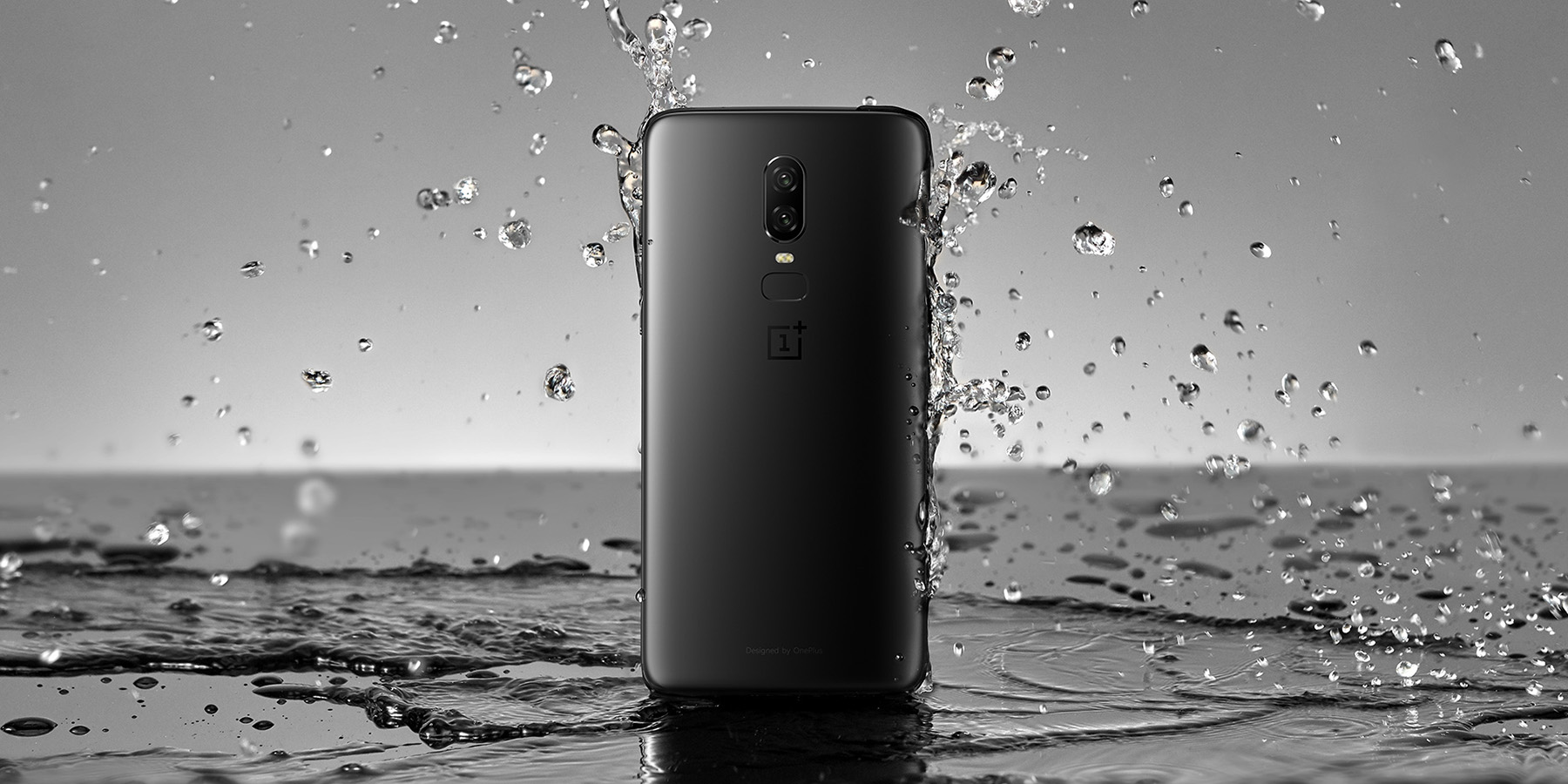 Oh, and it also has a headphone jack.

Notably, OnePlus isn’t falling behind when it comes to software this time around. While the OnePlus 5T launched on Nougat, the OnePlus 6 arrives out of the box with Android 8.1 Oreo, the latest and greatest version currently available. Further, it even offers support for the Android P Beta program.

As for pricing and release, the OnePlus 6 will be available starting on May 22nd for the “Midnight Black” and “Mirror Black” colors. “Silk White” will go on sale on June 5th. Pricing for the OnePlus 6 starts at $529 for the 6GB/64GB Mirror Black option, $579 for the 8GB/128GB Mirror Black, Midnight Black, or Silk White options, and $629 for the maxed out 8GB/256GB model. OnePlus is also throwing is a pair of its new OnePlus Bullet Wireless headphones with OnePlus 6 orders.