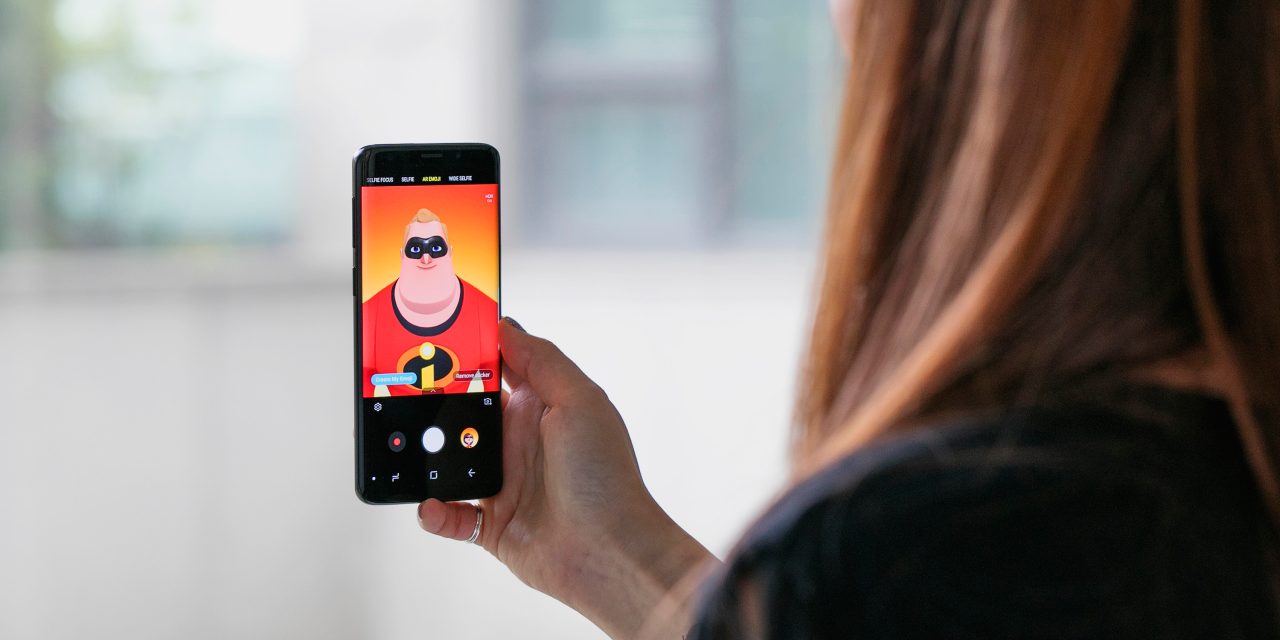 Earlier this year, Samsung’s Disney partnership allowed users to map their faces to Mickey and Minnie Mouse, and later Donald Duck. In its latest update, users can now become characters from the popular The Incredibles franchise which sees its long-awaited second film in theaters next month.

Starting today, Galaxy S9 and Galaxy S9+ users can update the Disney add-on for AR Emoji to bring characters from The Incredibles to life with their own faces. This includes Mr. Incredible, Elastigirl, Jack-Jack, Violet, Dash, and even Frozone.

Just in time for the Incredibles 2 premiere this June, Samsung and Disney have teamed up to bring fan-favorite characters to life through AR Emoji on the Galaxy S9 and S9+. Beginning today, all five members of the Incredibles – Mr. Incredible, Elastigirl, Violet, Dash, Jack-Jack, along with fellow superhero Frozone join Mickey Mouse, Minnie Mouse, and Donald Duck as AR Emoji options. To add them, simply access the camera’s AR Emoji mode, tap the plus icon on the right-hand side, and select the Incredibles AR Emoji pack from the Galaxy Apps store.