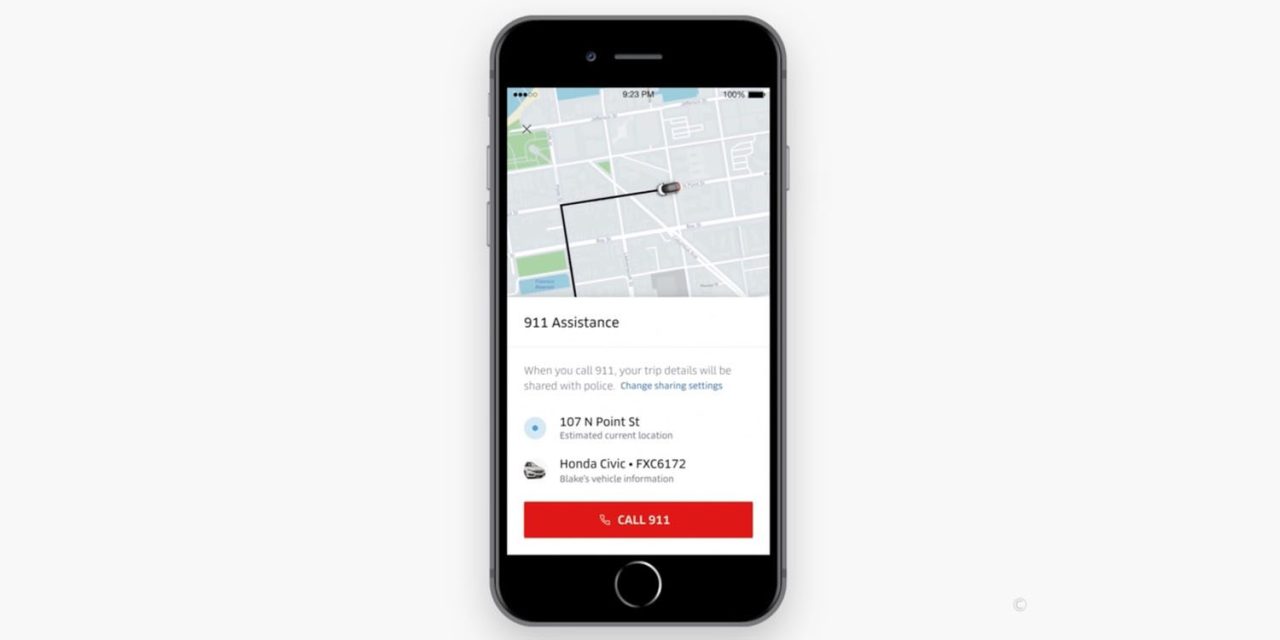 Uber hasn’t always had the best reputation when it comes to safety. In the UK, the company was threatened with being banned after concerns about poor driver vetting and handling of serious complaints, and there have even been reports of drivers assaulting passengers …

To help allay fears, Uber has now rolled out a ‘panic button’ feature that allows a US passenger to call 911 during a ride. The company revealed the news to The Verge.

To dial 911, riders will need to swipe up on the safety center icon, and then tap “911 assistance.” They will then be asked to confirm they mean to dial 911 before the call is put through to emergency dispatchers. This is meant to minimize accidental dials, explained Sachin Kansal, Uber’s director of product management. The panic button was previously tested out by Uber in India.

Additionally, in some cities, the app will automatically transmit location data to the 911 operator.

The feature will also roll out to drivers, in case they have issues with passengers.

“We realize that a lot of situations and a lot of criminal activity arises when people think they’re not being watched,” Kansal said in an interview with The Verge. “And we just want to say that we’re turning the lights on. Part of turning the lights on is providing these features to both sides and also make sure we’re making the entire community aware of the presence of these features.”

Uber is promising that further safety features will follow.