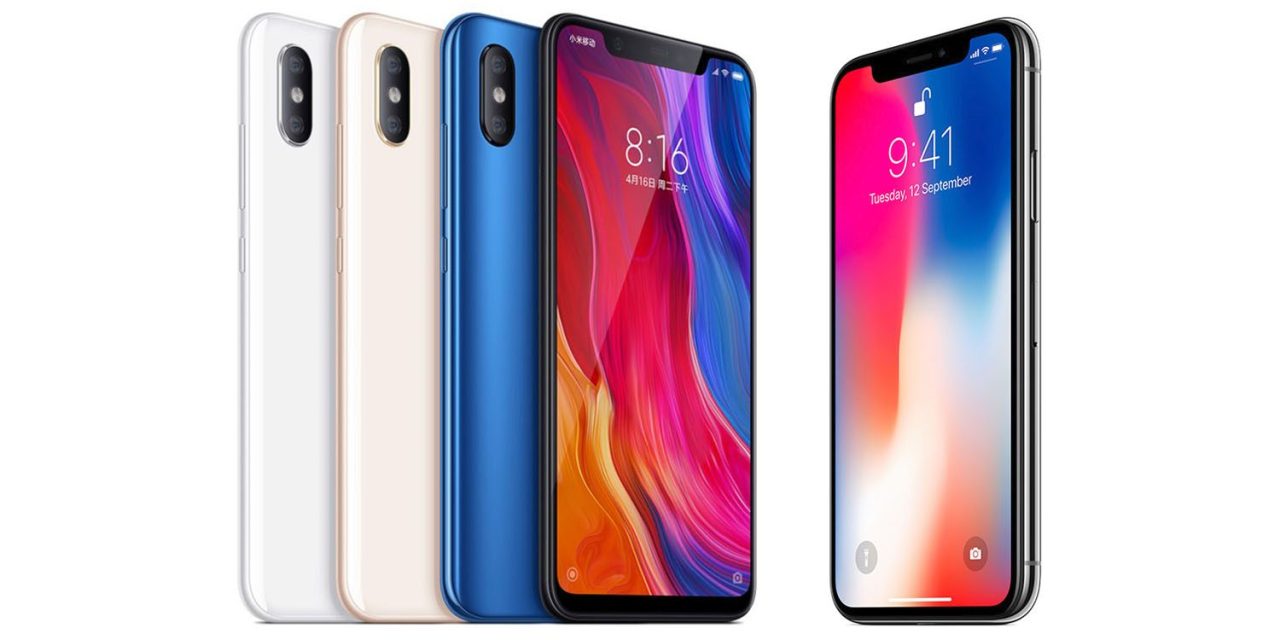 Anyone wanting a similar look to Apple’s iPhone X in an Android phone didn’t have long to wait thanks to the Leagoo S9. The phone copied both the rounded corners and notch on the front of the device, along with the vertical camera bump on the rear.

TNW put the phones side-by-side (above) to show just how familiar they look.

Like Leagoo, Xiaomi has replicated the look of the rear of the iPhone X as well as the front – also adding in very similar-looking wallpaper.

It’s no surprise: Xiaomi has a long history of copying everything Apple, from product designs, similar-sounding names, an iOS-like skin on Android, marketing materials and even keynote presentations.

The company has in the past dismissed all accusations of copying Apple, claiming back in 2014 that it was all just coincidence.

The Mi 8 will initially be on sale only in Xiaomi’s home market of China, where the company will be hoping that the combination of iPhone X design and decent Android specs will make it an appealing prospect for consumers who can’t afford the real thing.

The Mi 8 boasts the latest Snapdragon 845 processor, an FHD+ (2248 x 1080 pixels) AMOLED display, dual 12-megapixel rear cameras with AI-powered features for improving your pictures, and a 20-megapixel snapper in the front.

The company has recently expanded into Europe, so we may later see the Mi 8 on sale elsewhere.