How to get Chrome’s built-in emoji picker on Chrome OS, Windows, Mac

Emoji have become a big part of our language on smartphones and slowly, that’s been expanding to the desktop. That has presented a problem to users, though, as inserting emojis on the desktop isn’t as easy as a phone. Google makes that easier with a built-in emoji picker on Chrome – here’s how to get it.

How to use Chrome’s built-in emoji picker

Chrome has had a built-in emoji picker for a while now on Windows and Mac, but it only recently made a proper debut on Chrome OS. No matter where you’re using the feature, though, you’ll need to be on Chrome’s developer channel. If you’re using Chrome OS, you can learn how to do that here.

Once you’ve switched to the developer channel, you’ll need to enable a flag. You can either navigate to Chrome’s flags by typing chrome://flags into the address bar and searching for emoji, or just copy and paste the address below. Once you flip the flag to enabled, simply restart Chrome.

After you’ve enabled this flag, a new contextual menu will be available. As Francois Beaufort points out, this new menu is designed to be available whenever users are on a text field, such as emails, and give them the ability to easily access the emoji picker.

Chrome OS’ emoji picker pops up as part of the native on-screen keyboard option, so the layout is exactly like Gboard on your smartphone. Unfortunately, there’s no keyboard shortcut available at the moment to pull up the emoji picker itself, but having this contextual menu is definitely handy.

This feature is still in development so it could change a bit by the time it rolls out to the stable versions of Chrome. 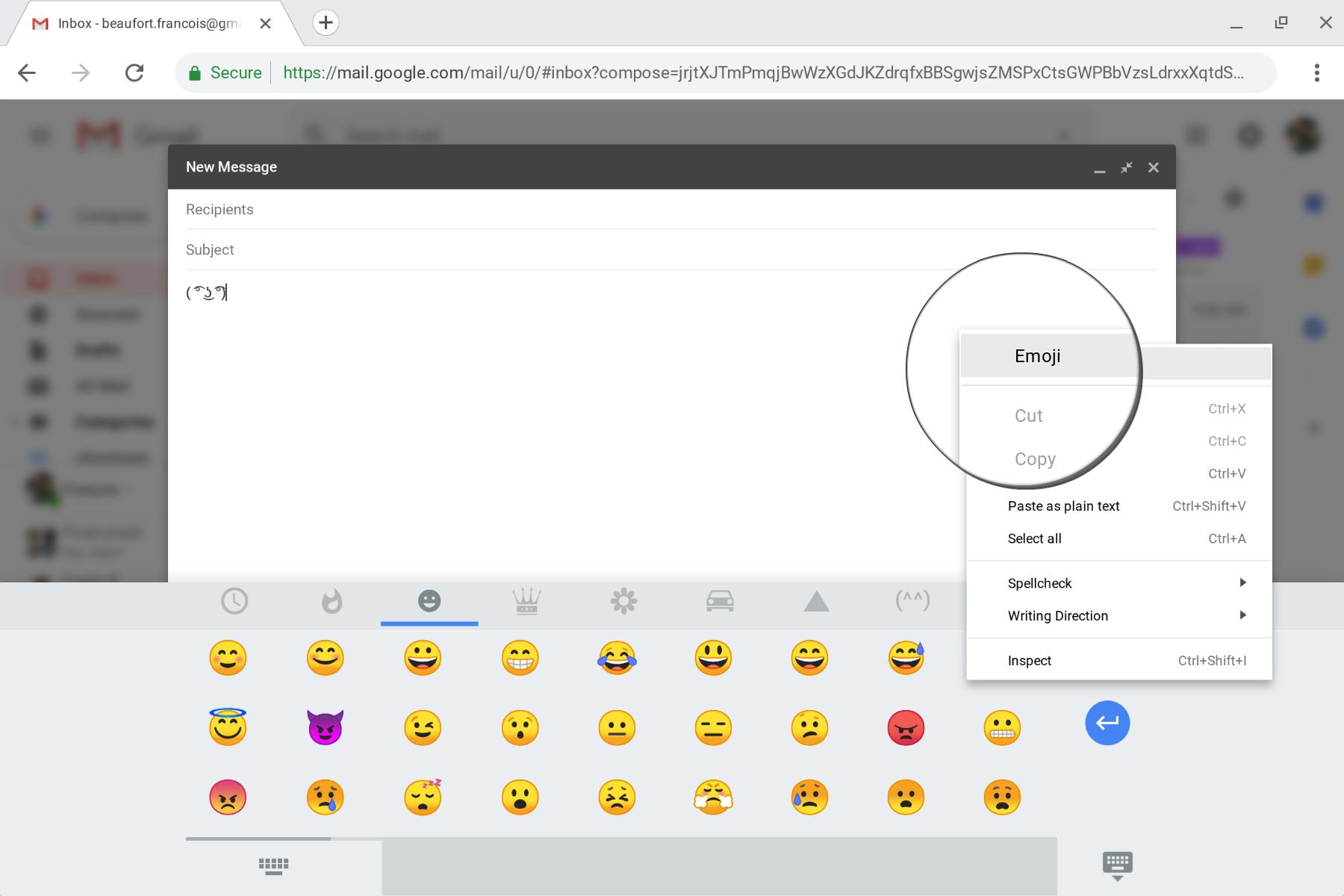 Own a Chromebook or use Chrome OS? Find tips, tricks, and tutorials for the platform here!