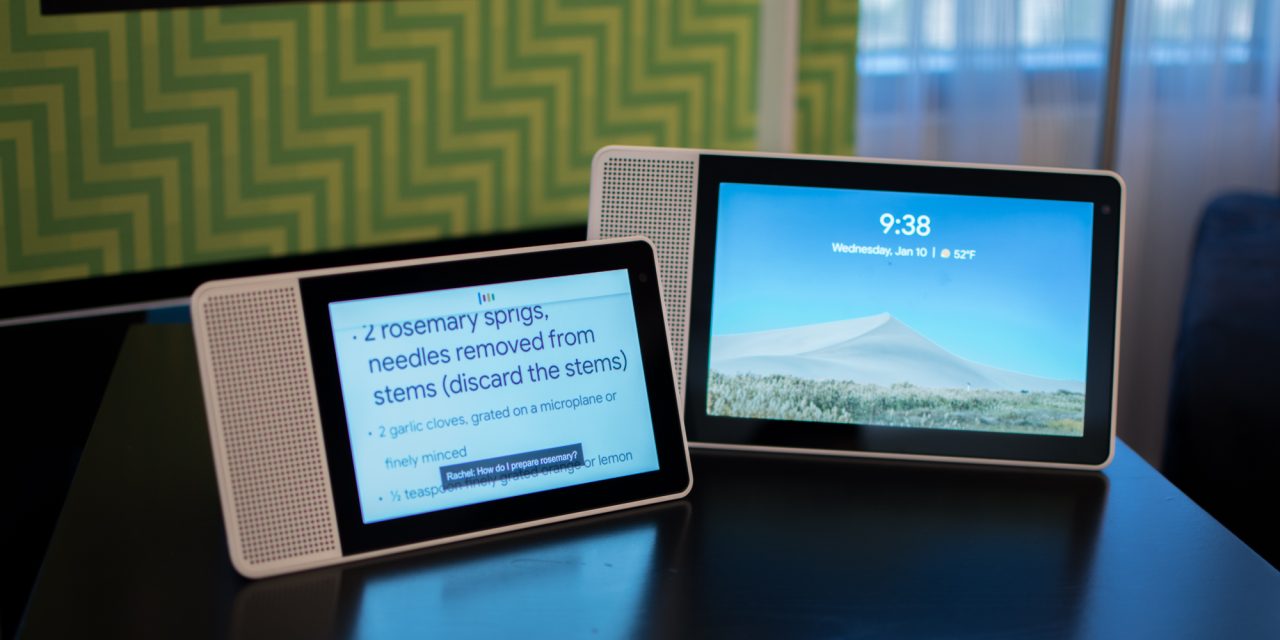 Unveiled at CES 2018 with availability announced at Google I/O, the first Assistant smart displays are set to hit the market next month. Ahead of that, the Google app is beginning to lay the groundwork by noting what first-party Assistant services will support the new device category.

Some of those capabilities have already been detailed by Google, like viewing calendar appointments, watching content from streaming services, listening to music, viewing photos, and controlling smart home devices. However, some like Calls — currently limited to Google Home speakers— are new.

Other smart display capabilities, as detailed by our various APK Insights to the Google app in recent months, include Duo video calling, recipes, and directions.

At the moment, there is no accompanying smart display device icon, just the text appended to the end of the list. As Google announced at I/O 2018, the first smart displays are launching in July. Three models from JBL, Lenovo, and LG have been shown off, while Sony’s has been announced, but yet to be revealed.

Early pre-orders have gone up in recent months, but were quickly removed. The latest listings are for Lenovo smart displays, with pricing apparently starting at $150 for the 8-inch model and $230 for 10-inches.