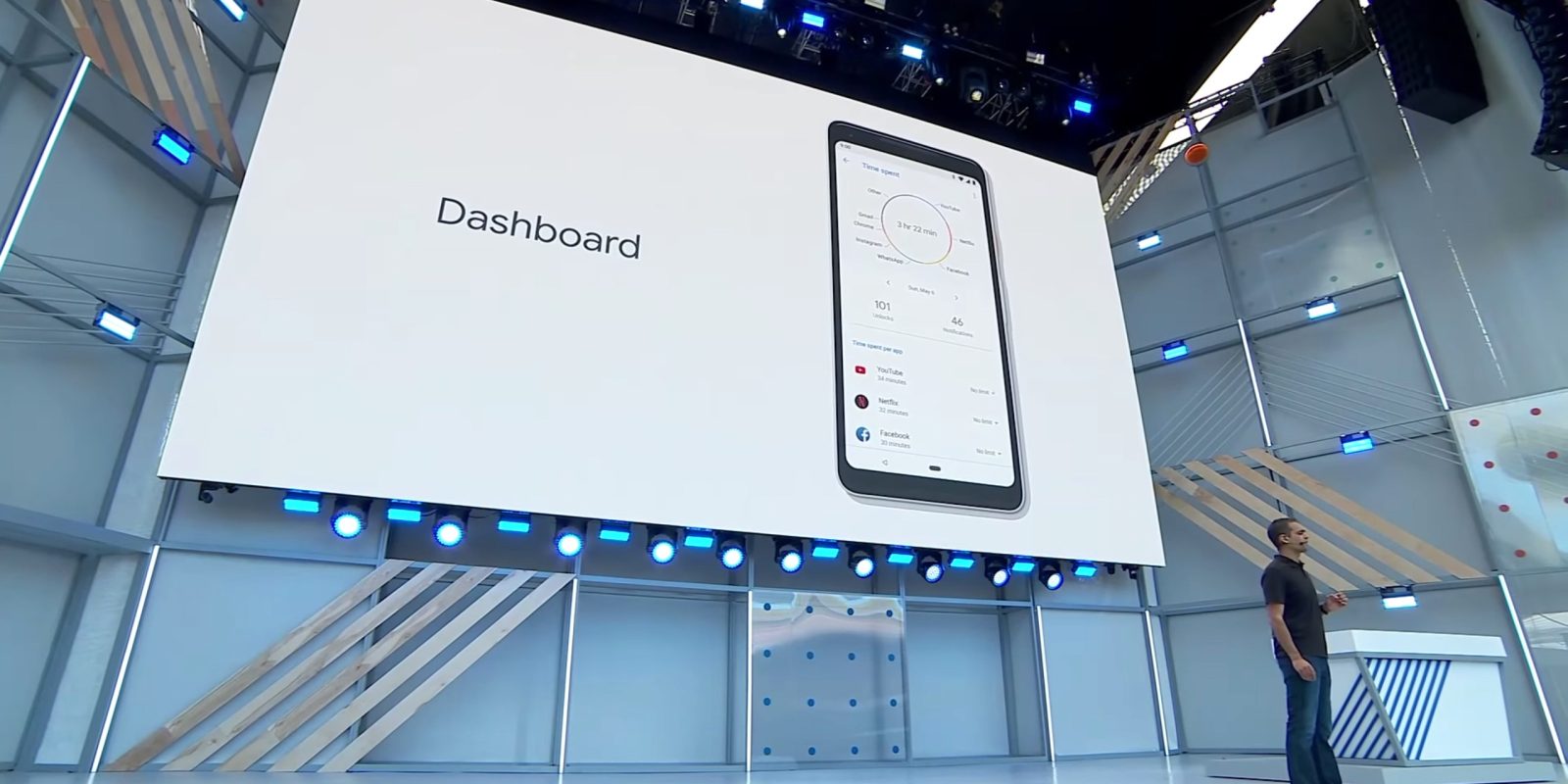 According to Google this morning, Developer Preview 4 is “very close to what you’ll see in the final version of Android P.” Given the nature of this “release candidate,” many assumed that this beta would include Google’s planned ‘Digital Wellbeing’ features. However, at I/O 2018, Google explicitly noted that these management features are coming “this fall.”

A theme throughout the main keynote, Digital Wellbeing was best showcased at the tail end of Android P’s unveil. A new Dashboard serves as a hub for how often you use your device, including phone unlocks and the number of notifications received throughout the day.

Meanwhile, users can breakdown app usage with hourly and daily graphs that feature a quick shortcut to enable the App Timer. This imposes daily usage limits with Android providing “Nudges” when close to meeting the restriction.

Other features like Wind Down integrate with Google Assistant to enable the Night Light, Do Not Disturb, and gradually fade your device’s screen to grayscale. Meanwhile, Shush will automatically enter DND when a phone is turned over.

Google’s Sameer Samat ended this unveil by alluding that more features are coming, while Digital Wellbeing will be available in “Android P this fall, starting with Google Pixel.”

That fall date — taken in consideration with how Android P is already “very close” to being finalized — suggests that Digital Wellbeing might not even be available with the initial public release of Google’s latest OS “later this summer.”

Meanwhile, the fact that it’s launching with the Google Pixel opens the possibility that the rumored Pixel 3 might be one, if not, the first device to feature it. This would be similar to how Google Assistant and Google Lens initially launched on Pixel devices before making its way to all Android devices.

However, given that Digital Wellbeing is an OS-level feature, Google could take a launch approach similar to the Pixel 2. While last year’s Made by Google device launched with Android 8.0, it featured a number of exclusive features like bright/dark system theme, new Power menu, and translucent Pixel Launcher on the visual front.

These features did not come to other devices, including the original Pixel, until Android 8.1. Google could again follow this approach where Digital Wellbeing first launches on the Pixel 3 before coming to other devices through a later X.1 release before the year’s end.